The following is my answer to a question posted to Quora, which asked:

I feel like my spirit guide is a demon because they are scaring me and that they aren't really my guide. Could it be that a demon is haunting me, or have I not met my guide?

It is a draft of what I hope will eventually be a detailed and complete guide to understanding Voices Demons, and defending yourself from their wares. As time permits, I'll add links to various posts in this blog, which will supplement the claims I make about them, highlight where I was successful in my understanding and fight, and where I was not.

If you're wondering why I would publish something before it's final, it's because of this: I'm busy in my fight, which consists of continual steps forward in personal development—I'm developing software all day and night; however, at the same time, I can't neglect others suffering in the same way. Failing to provide even a shred of what I know that's helpful would be neglect.


NOTE | For what they are worth, I interspersed some very unusual images of demons between paragraphs that are not related to the subject of this post; there is a demon in every one of them. Ask for help, if you can't find them.

Only God is good. The rest of us have choices, including demons. Demons who interact with people in the way you describe are making bad ones for themselves and you.

You are a victim and target of Voices Demons, and you are in for a hard life and a hard fight. You can win the fight, but it will not be without significant wear and tear on your end of things.

I’m going to list the things you should be aware of, such as the underlying messages they send to you when they say and do things, and the end result of those messages. I’ll briefly explain how the actions they take and the things they say affect you, and how they serve their agenda.

Although I know these things very, very well—certainly better than anyone else I know and anything else I’ve seen—I’ve just begun to write them down (and, that, for you, because of your question here on Quora); so, please excuse anything in this 15-minutes-old rough draft that might not yet be clear, and ask for further clarification where needed. 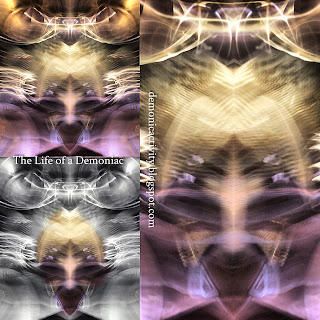 Every interaction with you is ultimately intended to ingrain these things into your thinking and self-estimation; they will say and do things specific to your situation, and no one elses’, making it feel personal and relevant; however, all of the things they say and do can be generalized in one or more of the following ways:

From this, they want you to think, either consciously or subconsciously, these things:
Over time, you will start to believe these things, even if you say you don’t; you can’t help it, repetition over time forces it on you. You may say that you don’t believe them, but, the fact is, you would be acting and interacting differently had they not been saying negative things to you over and over again for so long. In other words, the longer you talk to them, the more warped you will be.

Their goal is to foster a dependent relationship with you by convincing you, either consciously or subconsciously that: 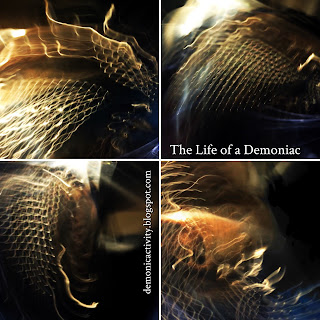 They will do these things anyway: hurt you and shame you, regardless of your willingness to be complicit. Doing so is part of a process that facilitates their end goals, in that it shapes a victim's thinking and self-estimation in ways most favorable to the abuser.

So, that’s a really good run down on your situation. You need to always think like this. Print this out and carry it around, if you have to. Everything said to you and everything done to you should be “looked up” on this list. It is important that you can always articulate in your mind how a demon is working you, and to never think for a moment that they are not ALWAYS working you, even when they appear to be casually conversating (that’s developing a relationship that fosters compulsive response and mental processing, which is the only thing they need to accomplish to achieve their goal).

One more thing: those goals, by the way, are intermediary to a higher goal, which is, let’s just say, not good for you. That goal is set by a demon you do not now hear, and are not likely to hear, who intends to use you in certain ways (ways you may never discover, but which will happen, nonetheless).

In other words, the demons you hear on a daily basis are employees of another demon. They even have a name as such employees, namely, a pod (that’s one or more demons that interact with a victim in the same way they are with you now). You have a designation as “pod people.”

NOTE | Be aware that Voices Demons do this in conjunction with people. There are and will be people throughout your life who will recognize you as a “pod person” just by laying eyes on you. They will treat you like one. Recognize such persons, and plan ways to work around and/or through it.