Using the Prewitt Kernel filter, one of nearly 30 or so filters included in the upcoming Photo Editing Extension for iPhone, I captured by far the best stills I've ever acquired showing a hand-based demonic weapon as it was fired at me repeatedly tonight. They were acquired from a video in which Long is shown firing his hand-based demonic weapon at me, while berating me at the same time:

In the original, unprocessed video clip, Long appears only to be waving his hands erratically. Although this might not look unusual per se to most people, those familiar with hand-based demonic weapons recognize the pattern of movements that launch them [see VIDEO | VMC Hospital nurse attacks using demon; see also hand gestures]. That's me, if it's anyone; so, when I saw the all-too-familiar movements, I picked up my camera and recorded the action.

These images are far better than the first series made of Long doing the same thing shown in VIDEO | Long fires four different demonic weapons using demon-people deployment hand gestures, which, for the most part, only show the hand gestures, and few of the actual weapon firing. The newer set benefits from reduced motion blur—the reason and purpose for using an edge detection filter, such as the Prewitt Operator—which allows for sharper and more detailed images of the lightning-fast weapon on video.

Also captured was a still frame of Long's claw-hand, a hand-based demonic weapon-related transformation that was first captured in a couple of still frames shown in VIDEO | Joint demonic attack: two men combine powers to increase weapon effectiveness [see Clandestine surgical mutilation, hidden demonic "bomb" uncovered via demonic-activity video filter; see also VIDEO | Hand-like, demonic tendril rises in front of TV]. The photos included in that post suffer from over saturation and blurriness inherent to a camera's exposure to demonic radiation; however, the Prewitt Operator cuts through that, as you can see.

For comparison, I included a still frame showing Long's hand, positioned at the start of his intent to fire his weapon, as it appears prior to transformation:

This isn't Long's only trick that has been documented on this blog. In VIDEO | Demon doll-maker turns jacket into actual demon, he can be seen animating clothing with demons.

Some of the most recent pics showing hand-based demonic weapons prior to the development of special imaging filters designed to better capture them on video can be seen in VIDEO | Close-up of man's mutating hand; sucker-demon swarm poses as tattoo. A new video related to those shown in the aforementioned post shows Long carrying what is clearly a demon-possessed article of clothing; it will be posted soon.

Another type of hand-based demonic weapon, which is also of good quality, in spite of being made prior to the use of my newly-developed imaging filters, can be seen in PIC/VIDEO | Close-up of tendril-firing demonic hand weapon key for finding possession.

The weapons fired from demon peoples' hands are not the only ones I contend with on a daily basis. As shown in PHOTO | Close-up of tendril from hidden demonic weapon, lashing out, some of them are launched from cloaked devices planted in my home; most recently, that included a Devil's Pitchfork to the side of my face: 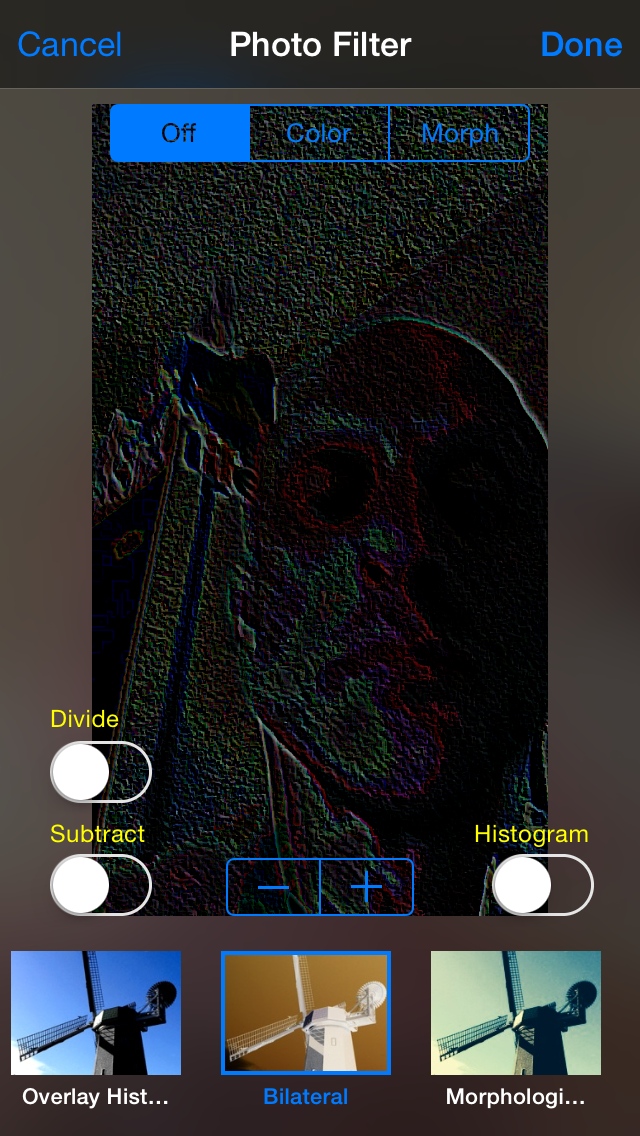