As shown in recent posts, a demon person can turn nearly any object into a demonic weapon, from headphone cords [see VIDEO | Drivers launch demons from vehicles, passers-by from pants] to their own fingers [see PHOTOS | People—not just demons—taking part in repeated spikes to the brain, head, neck and vital organs]. They can also possess objects with demons that attack, and throw them at targets [see VIDEO | VMC Hospital nurse attacks using demon].

But all three of those scenarios—whether they are converting an object or a body part into a demonic weapon or using themselves as a launch pad for actual demons—require them to be either in the presence of the target or at least aware of the target's presence (or location), and that's not always feasible or possible.

This post introduces two solutions demon people use to launch demonic weapons and otherwise attack a target, wherever and whenever: demonic bombs and tagging.

Demonic bombs protect turf, confine targets
Demonic bombs are weapons hidden as common, ordinary objects that activate either on command by a demon person or whenever a tagged target (discussed later in this post) enters within range. For example, a demonic bomb was disguised as the stripping on the partition behind the benches at the Curtner VTA Light Rail Station, as shown in these still frames from a video made during a period of high demonic activity:

Numerous videos and pics of demonic bombs have been posted to this blog for a couple of years, although they were not called that at the time (in part, because they were not understood to be what they are known as now). Here are just a couple of posts from the past that show common household objects suddenly erupting into spikes and prongs and battering poles at the behest of demons and their people:
Obviously, demonic bombs have been in use for some time, and it continues in earnest. Who controls when and how and on who demonic bombs get used is up to the Voices Demons; it's what they meant long ago when they said, "We own this town" [see related post].

Apparently, they fought to establish protected territory in the Bay Area, and the demonic bombs that litter nearly every square mile of their turf are key to maintaining it.


NOTE | The range of an outdoor demonic weapon can extend for up to a quarter of a mile in the air before arcing a quarter of a mile away to its target. They are visible from their launch point and up to their intended target, and look like long, black sucker demons.


NOTE | I've seen a lot, and can answer these question to some extent; but, it is considered terribly improprietous to even mention this, let alone disclose specifics. Generally, I don't care when it comes to a demon's or demon person's opinion on freedom of speech; but, in this case, I concede the point. Besides, the Voices Demons insist that most people know them.

Inside their territory, and particularly in areas of confinement, demonic bombs are sometimes demons themselves, posing as anything that is commonly found indoors. During periods of high demonic activity, demons posing as normal objects can often be discovered the same way demons that are possessing humans are, which is described in detail throughout this blog, and most recently in PICS | Possessing demon revealed in man's eyes, hands.

The most common use for these types of weapons indoors is to cause injury over the long-term by repetitive assault, and demon people need to sleep sometimes, and they're not always available to repeat an assault over and over for prolong periods of time in order to cause the type of injury or condition sought.

At Little Orchard Homeless Shelter (EHC LifeBuilders), there are hundreds of them, which are launched day and night, day-after-day. The following video clip shows them launched on me inside a restroom stall; they can seen reaching out from behind me and stabbing my neck. They look like flexible prongs that extend and retract like a rubber band, and strike most visibly on my right side:

NOTE | Be sure to turn up the volume for audio clues as to when the prongs strike (they move really fast); also, watch in HD to see the prongs (they are small and thin).

Within the past four days—during this latest period of high demonic activity— three persons have been shuttled to the hospital by ambulance. Another person complained to me about their eyesight this morning, saying that their ability to see out of the left eye has been greatly diminished. I bear the same complaint, and have mentioned this very problem on this long three years ago in these posts:
Demon people are constantly speaking of causing such problems, and sometimes announce before they use a weapon on my—and, apparently, someone else's—eye.

Obligation among demon people mandates assault on all "tagged" targets
Another solution demon people use to obviate the need to tail a target around the clock and to otherwise keep up with them is by "tagging" a target. This signals every demon person the target encounters to attack the target on site (in fact, it's their mandate to do so). This way, no matter where the target goes, they are attacked, and without requiring the person initiating the attack to actually carry it out, too.

Here are a few posts showing attacks to the head: 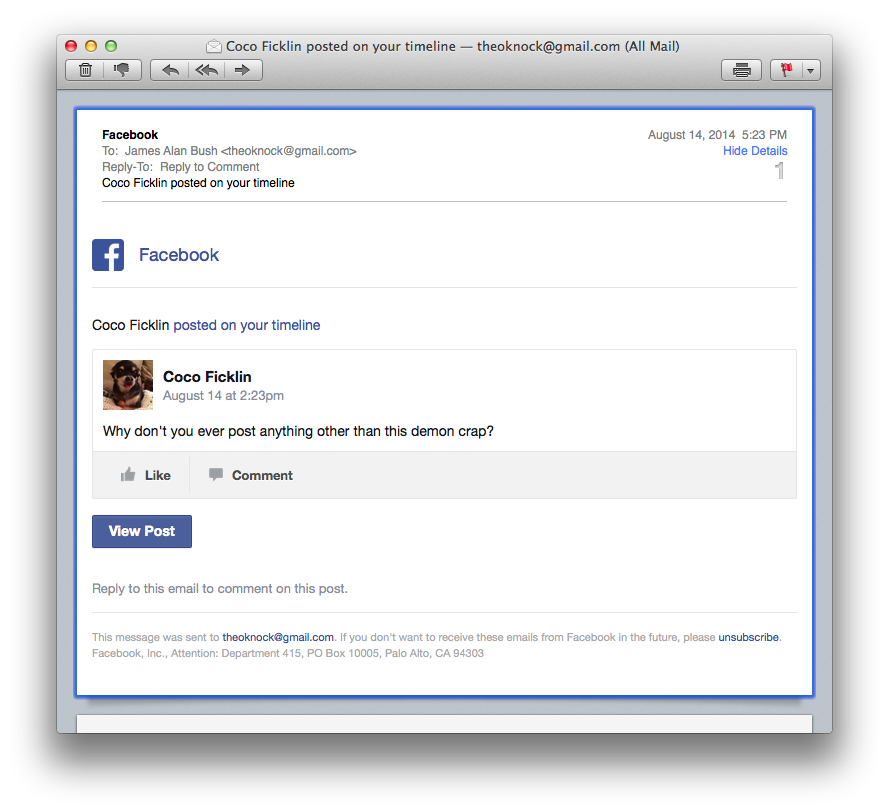