This post will eventually contain as many photos and videos showing demonic possession as I have in my collection; however, in the interim, you will have to settle for what is provided in this post, and in previous posts, such as PHOTOS | The demon possessing me, revealed, TECHNOLOGY | Highlighting demons possessing a human as shown on video and PHOTO | The eyes of another demon possessing.

The following video clip was processed frame-by-frame in Photoshop to highlight my inner demon, which is revealed whenever the light emitted by my laptop screen goes dim:

No custom artwork was performed; rather, the video clip was imported into Photoshop, where each frame was converted into a layer. Then, a Photoshop Action was created to automate the following changes for each of the over 170 frames in this video:

The altered layers/frames were then exported to video, which is shown above.

NOTE | The uncompressed, enhanced video file can be downloaded from DropBox; the original, unaltered video is at the end of this post.

Following is one still frame of many in a video made today, which shows yet another demon possessing me: 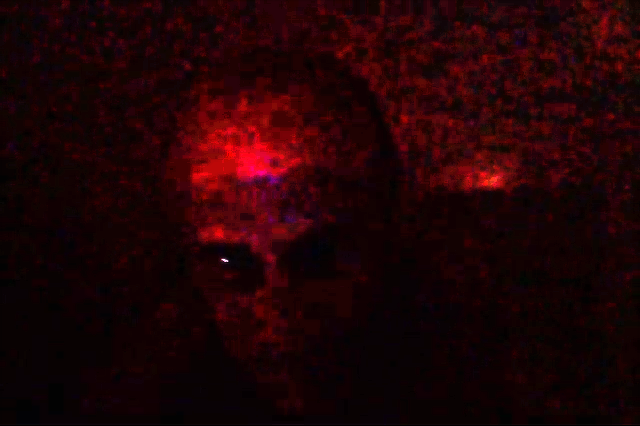 In that same video, an orlock demon is revealed under three unusual circumstances for such appearances: (1) it appears in multiple frames; (2) it appears in the dark; and, (3) it appears even when the video is not in motion:
The first post to show photos of my inner orlock demon was PHOTOS | Physical attributes of orlock expressed during periods of high demonic activity.

Another still frame showing a demon that looks like a cross between man and demon:
It was taken from the same video as the two previous images. 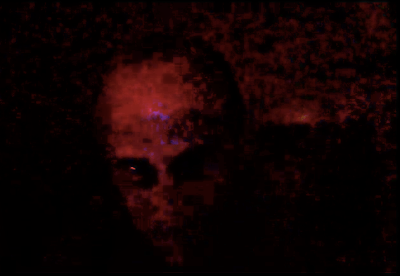 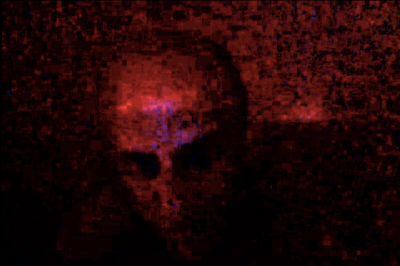 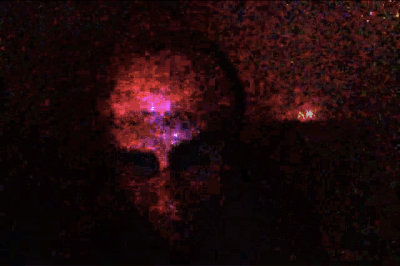 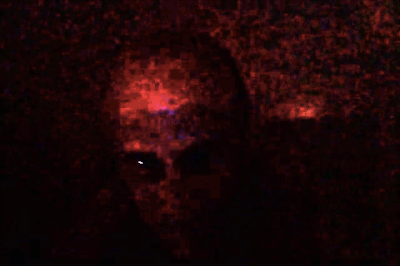 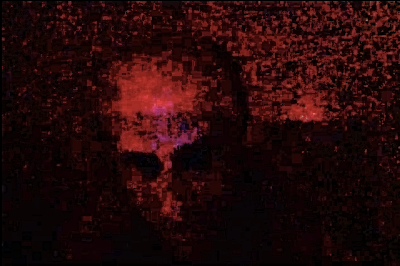 Source video
Following is the video source from which the above three still frames were taken, and from which many more will be taken from, hopefully, in the near future: In this video clip, the light from my laptop alternates between light and dark, revealing my face with the former and a demon's face with the latter:

Note that the reflection of light on the wall behind me is white when my face is shown, but looks kind of like fire (or at least red light) when the demon's face is shown.


NOTE | You will need to increase the brightness of your display to the highest level in order to see the demon in this video; and, even then, you still may not be able to see it very well, particularly, if you are using anything but a Mac.