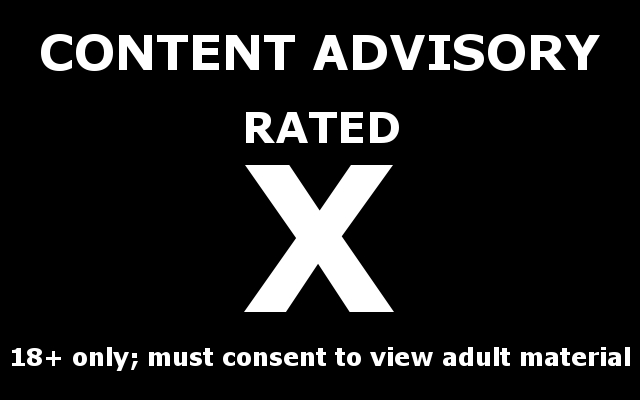 Following are videos of sex between me—a (lamentably) demon-possessed gay man [see PHOTOS | The demon possessing me, revealed]—and other demon-possessed men [see also TECHNOLOGY | Highlighting demons possessing a human as shown on video and The most comprehensive collection of demon-possession videos in existence]; there is nothing significant about these videos, except that they show how enclosed my space is, in that the demons attacking do not allow interaction of any kind with anyone that is not affiliated with them. It is not a celebration of any kind, neither is it an endorsement nor a badge of pride; it's the opposite, if anything. More accurately, it's a record of what happened during a period of high demonic activity.


WARNING | These videos are advertised to gay men only who are 18+ years old, and who consent to viewing adult material of a prurient nature.

In these videos, I am high on a demon-made blend of crystal methamphetamine, which was provided to me free-of-charge by well-known and unabashed collaborators with demons, which happen to be the men shown in the videos [see Drug-induced "auditory hallucinations" a prelude to demonic possession; see also READER | Crystal meth addict lauds mention of connection between demons and drug and Crystal methamphetamine use common denominator among demon-led local terror groups].

There are a few things you'll notice across the entire collection, regardless of when a particular video was made or who I was with:
About my dick, in my own words and others'
You will also notice in the videos that my dick is limp and about 1 inch in length, even though it is normally 6.75" erect when sober. That is what crystal is purported to do; it's called crystal dick, and that usually only happens in high doses, and when the user has abstained for some time. If I were a daily user, it would not be; however, since, at this time, my use is spaced anywhere between 1 to 3 weeks apart, and then only a day or two in length, I "suffer" from this "problem." Why the quotes? The funny thing is, when you're high—like, really high—you like your dick like that.

But, before you say, "Yeah, right, buddy," take a look at these.m For comparison, following are pictures that were taken a few minutes ago, while sober, which show my dick hard, semi-flaccid, and flaccid:


NOTE | These images were provided so that the issue of my dick size doesn't overshadow the primary issue, which is, of course, demons on the prowl for gay men to devour.

Demonic collaborators have made songs about my crystal dick, singing in one song:

You can hear this song and read the lyrics in TRANSCRIPT | Yet another song about my sexual preference and penis and HOME | Resident's family heckles about sexuality, penis; there are also references to it in the death threats I've received, as shown in Bizarre communication usually follows demonic attacks [see also Third death threat adds decapitation to penectomy; Tactics advisory riles long-time cyberstalker]. Demons that communicate with other persons besides (or in addition to) me have made references to it in their conversations with those persons, an example of which is provided in AUDIO | Voices demons harass visitor to my apartment; demons also sing about it, as heard in AUDIO | Chorus of female voices demons sing about penis, homosexuality and pending murder.

My penis has also been the target of physical assault, as discussed (and shown) in Doctor cites 'Testis Contusion' as the basis for prescribing testosterone injections and PHOTO | Damage to penis by demons extensive, irreparable.

The intent to damage my penis was known and announced to others two years before the damage was done, as heard and described in AUDIO | Demons announced plans to damage penis to gang-stalkers as far back as 2006.

The purpose of this post and its benefit to its target audience (gay men)
In providing these videos, I hope to garner the attention of persons otherwise not interested in the topic of demons; generally, this means gay, bisexual and curious men. Insodoing, I hope to preserve the life of the next target of the Voices Demons, one of which, in Voices Demons' weigh options to deprive me of freedom, stated that:


He's not going away for long; but, he'll do some time. Then, we'll wack off to a whole 'nother fag.

Simply put, that could be you.


NOTE | To see how fast a demon can knock you out and hang you by arms, go to VIDEO TIMELINE | Demons Attack at Law Library, Another Demon Assault Caught on Video and Assault by Demonic Intruders, respectively; to see what they can do to your dick while you're knocked out, go to PHOTO | Damage to penis by demons extensive, irreparable and Doctor cites 'Testis Contusion' as the basis for prescribing testosterone injections.

This is not new, by the way. I mentioned something similar on this blog as far back as last April, in Demons intend to "hem up" gays now working for them, in which I wrote that one Voices Demon said:


We don't really like our gay friends; we will hem them up after this one.

You can avoid this if you take the time to read the rest of this blog, which will educate you in two ways:

For those of you gawking at this post in disbelief, keep in mind that this is not really the risk for me that it may appear to be. I am a dead man, and no hold are, therefore, barred. Plus, the demons need to know (again) that I will do anything to defeat them—no matter what cost to me.

How this post threatens the agenda of evil
There are four people in these videos that create living bodies out of dolls for demons to inhabit. I'm sure that it will not be as viable an option for them in the future to launch these demons into unwitting households, as they are likely doing to others, as they have done to me. After all, this site is about my notes, which I choose to share with others due to the benefits associated with doing so; and, as the note-taker here, I have to document everything demonic and everyone involved in demonic activity, if I intend to make progress towards a solution to a deadly and devastating problem.

Measuring this post's success
In the few days my campaign of awareness has been underway, I have raised my average daily hit count to an average of 2,500 hits a day:

That is a sharp increase of the typical 300 to 500 hits per day it has seen since its inception nearly seven months ago.

The tweaker + demon-possessed men sex videos
The first set of videos were made at The Watergarden, where many demon videos and photos were also made. These can be seen in the following posts:

This is the one where demons are in our bed with us (at The Watergarden), which you can only see in the stills, as shown in VIDEO | Demons caught in bathhouse sex video:

This is the guy who, along with me, assumed some of the physical characteristics of an orlock, which are only visible in the still frames when the video is in motion, as shown in PHOTOS | Physical attributes of orlock expressed during periods of high demonic activity:

This is the guy who changed his face six times during our fuck date, as shown in PHOTO GALLERY | The many faces of the demon-possessed:

The man in the video below morphed from an orlock to himself right in front of my cellphone camera, as shown in VIDEO | Orlock-like face morphs into a human one; but, this is just the sex video (you may notice strange things going on in the room—or not):

Are you nervous about going to a bathhouse? If it's The Watergarden, that's understandable, as, in this video, you can clearly see a swarm of white sucker demons flitting around my body in various parts of the video:


Swarm of Sucker Demons at The Watergarden from James Bush on Vimeo.


When this guy goes to sleep, his room fills with man-like, skull-headed demons that call me fag, and then proceed to exchange "zaps" with me (their's burn; mine open holes):
This surprise guest brought with him the miniaturized Jawa-lookalike demon you see in my bed in Secret builders of blanket demon faces revealed; in the video, however, you cannot see it without freezing it in just the right spot:

This man decided to interrupt our sexual interlude with a surprise confession that he's a pedophile, as recounted in CRIME | Demon-possessed, self-professed pedophile recounts crimes against children; you can actually see his demon looming in the air over his shoulder, blended with the glare from a nearby table lamp [see also Childhood demon behind most recent attacks]; you can also see a demon's head floating above his shoulder in the glare from of nearby lamp:

Following are audio excerpts of the relevant portions of the video:

Another time, I was in a wedding; I was one of the groomsmen. And, [the groom] knew I was gay, and set me up with his partner, and [he] made me put out for all the other fucking groomsmen—even for, like, his 14 or 15-year-old brother. Fucking hot!

Do you think it's wrong that I let them fuck me?

I got a motel room one time, and [unintelligible] suck me off [inaudible] middle school. It was hot!

Take, like, the whole football team or something...or wrestling team.

In this one, both the man and I shows signs of post-surgery pinning and stitching, which you can't see in the video, unless you look at individual still frames [shown in PHOTO | Cloaked pins and stitching attach face to head]. If you cannot see this video, go to http://youtu.be/Y3i0DKIKPyE: