In an effort to keep tabs on the going-ons at my old haunted apartment, I mounted my cellphone outside my front door, using IP Camera, an Android application that transmits pictures taken by its camera to your computer via your router.
What I captured was amazing: a demon peering into the camera, and then taking off.

This one looks almost human; but, there are tell-tale signs of his demonic origins, such as the brow ridge, the bright eyes, and the stressed facial features, such as the stern eyebrows and the color of its eyes.
If you can't tell how I can tell, let's just say you just have to be around them a lot to tell the difference sometimes, when it comes to certain demons. Rest assured, if you could see its height and the remaining physical features, you'd know the difference, too.
This demon wasn't the only one rustling the bushes that night; there were at least two others, which stood about 20 inches tall, with short, squat bodies, and pure white, giant heads, conducting some sort of ceremony in a language I could not understand. They were barely visible; but, I might be able to locate pictures of sufficient quality to post here later.
By James Alan Bush at 4/27/2012 10:58:00 PM No comments: Links to this post

If you can't see what's going on in one of my videos, you can bet that it's due, in part, to the compression used by the media-sharing site they are uploaded to, which degrades the already poor quality to unwatchable for some.

Whenever that is the case, however, you can download the original, uncompressed version from the Demonic Activity folder on MediaFire and view the video in Quicktime Player. Only 10 or so of the 100 videos have been uploaded, so check back frequently, and don't be afraid to request that specific videos be pushed ahead in the cue, if there's one you want to see right away.

You can also find the videos, as well as related photos and blog postings, on the Demonic Activity timeline calendar on Google, which includes links to the original, uncompressed media files for better viewing. This not only provides access to media files, but places them on a timeline, so you can see what happened, and when it happened.

Like the Demonic Activity folder on MediaFire, this Google calendar, which you can subscribe to is not yet up-to-date, but I am constantly updating it, so check back for frequently.

If you want to improve the quality of your own videos, see these tips on post-processing video with demon-revealing filtering techniques:
By James Alan Bush at 4/27/2012 08:01:00 PM No comments: Links to this post

READER | Is Wicca the answer to the demon problem?

Judy Polos, a reader from Facebook, asked me if Wicca would solve my demon problem. This may sound like an odd question; but, considering the death of her twin at the hands of demons, which occurred right before her very eyes several years ago, it is understandable that she is concerned for her own safety, and that she would seek any and all tools that may provide a defense against demonic filth.

The short answer is: God forbid. Literally. Here's the conversation between us:

Judy Polos
April 24th, 2012
I feel really bad for you. I lost my identical twin to a demon. It's wrong that there's no real way to combat them. I didn't know you were a California person, too. I do occassionlly read your blog; but, I limit it because I have a demon problem, and I don't want to give it more power over me, by being more susceptible to it, by reading about the harm it does to you. I saw what it did to my twin, and I am so traumatized to this day—and, it's been 7 years! I despise demons! Good luck, my friend, and GOD BLESS YOU!

Have you tried using WICCA philosophy to help yourself? We are Christians, and when we brought in the priests, it was like it infuriated the demon, and [it] took her life and tried to kill my family. I do have to give credit that the demon was stopped before killing my daughter; so, GOD must have intervened. Have you read my book?


According to one of the demons' human counterparts, shadow magic, in part, is what is being employed [by them] against me. I do not know if this is true or not.

Would Wicca be the counter to that? Even if so, I'm reluctant to go that route, as God forbids magical practices of any kind:

Let no one be found among you who ... practices divination or sorcery, interprets omens, engages in witchcraft, or casts spells ... . Anyone who does these things is detestable to the Lord.

With witchcraft, I would just look like the most powerful practitioner of magic between me and the demons—that's not good, in that, to get there, I didn't have to hear and obey the Word of God, I just had to be really adept at a craft that didn't come from Him, even while it pays homage to Him.

In other words, using magic to solve a problem, even if the problem is evil, does not make you one of His own:

Thus, by their fruit you will recognize them. … Many will say to me on that day, 'Lord, Lord, did we not prophesy in your name, and in your name drive out demons and perform many miracles?' Then, I will tell them plainly, 'I never knew you. Away from me, you evildoers!"

I want to do what God says to do, how He says to do it, because the consequences for doing things any old way are grave:

The acts of the sinful nature are obvious: ... witchcraft ... and the like. I warn you, as I did before, that those who live like this will not inherit the kingdom of God.

Next, when Jody mentions that sea salt has been used for thousands of years as a form of protection against demons' entry into a household, I explain that salt probably does not magically accomplish this, but that the natural properties of salt mingled with the physical properties of a demon forms the deterrent:

Judy Polos
April 27th, 2012
[As to your Biblical response]: [t]rue. I mentioned [Wicca] because someone mentioned using sea salt around your entry areas to me for my problem; but, I have the same beliefs as you. They mentioned there's nothing in the Bible against it, and [that] it's been used as a form of protection for thousands of years.


In this case, I don't necessarily believe that you are wrong. Demons take on physical form in order to engage people on a physical level. When they do, their physical properties are susceptible to physical laws. That's why I write so much on my blog about how a demon feels, smells, moves, and so on. You should see some of my posts about how a demon's physiology reacts to fire:

So, I am sure that you are in the right, so long as you understand that the salt does nothing but something physical to them, and is not magic.

And, as to salt specifically: if that does work, such as when a demon inadvertently touches it with bare skin (none of them are naked, except for one rare breed), it probably has some effect on the bioelectrochemical nature of their makeup—something to do with sodium's effect on electricity. I'm not a scientist, so I don't know much about this; but, believe me, there is something to what we are both saying here.

James Bush
April 27th, 2012
By the way: Wicca is the very practical and logical application of science that solves the problems nobody wants to talk about, foremost. So, I definitely will not knock all of it. And, when it first began, it may have seemed like magic to people; but, I will bet that every potion or remedy stemming from Wicca can be explained and enhanced by science, which is a great thing.

Stalkers from Hell: The Psychology of the Voices Demons

I've posted so many videos of demons, that most people think that the injuries I've suffered have to come from those in-the-flesh. What most people don't know is that, to the contrary, the psychological damage from an attack by the monsters unseen —the Voices Demons—can be more painful and damaging than physical torture. By talking to me 24 hours a day, seven days a week, 365 days a year, for nearly six years, with no end in sight, they give a literal meaning to the commonly known phrase, "talking someone to death."

This post forgoes the usual discussion of the physical violence inflicted by the Voices Demons and others, instead discussing the preceding six years of ongoing and continuous psychological violence, which is closely related to the kind perpetrated by stalkers. In fact, by comparing the qualities exhibited by the Voices Demons to a list known stalker types and their characteristics, you immediately gain insight into the minds and motivations of these vile creatures. 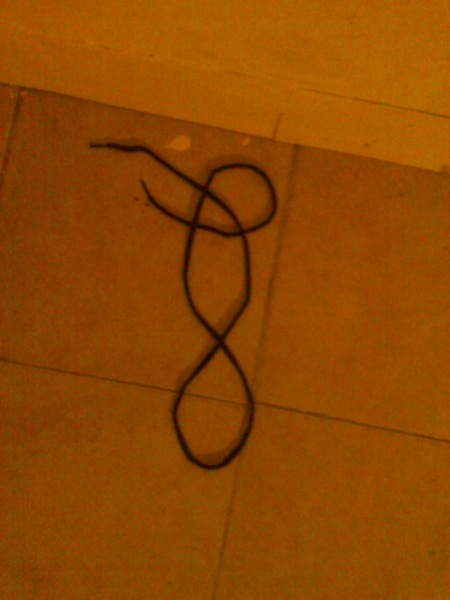 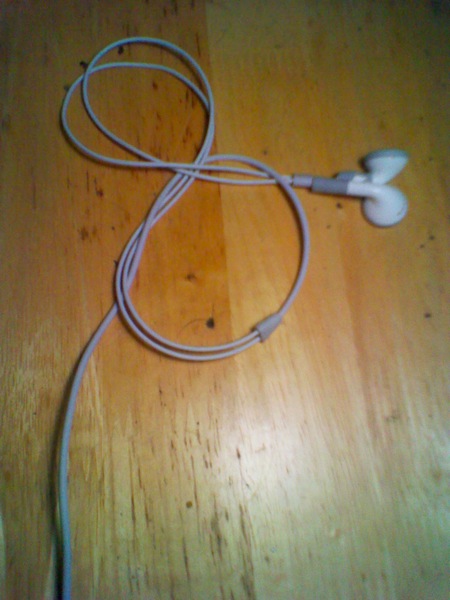 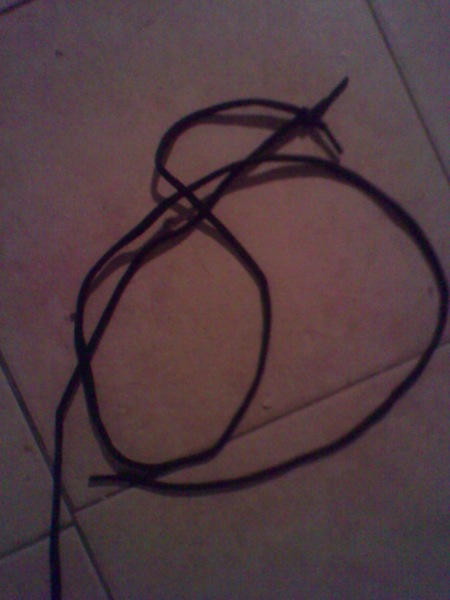 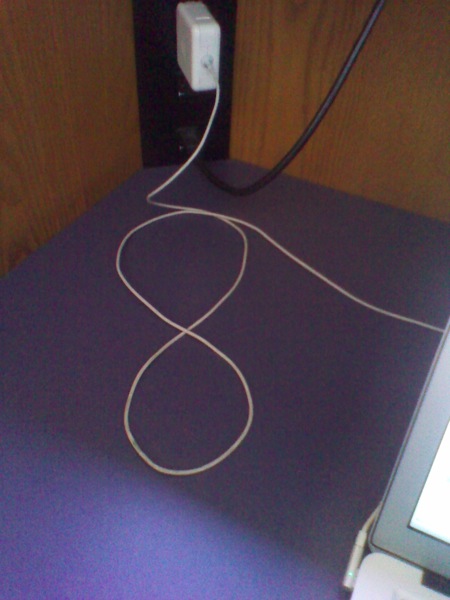