About this post (updated 8/29/2015)
Have you ever wondered, "Why do 'crazy' people always take their electronics apart?" Believe it or not, it's because they know it's their electronics that made them crazy—or something inside them, that is... 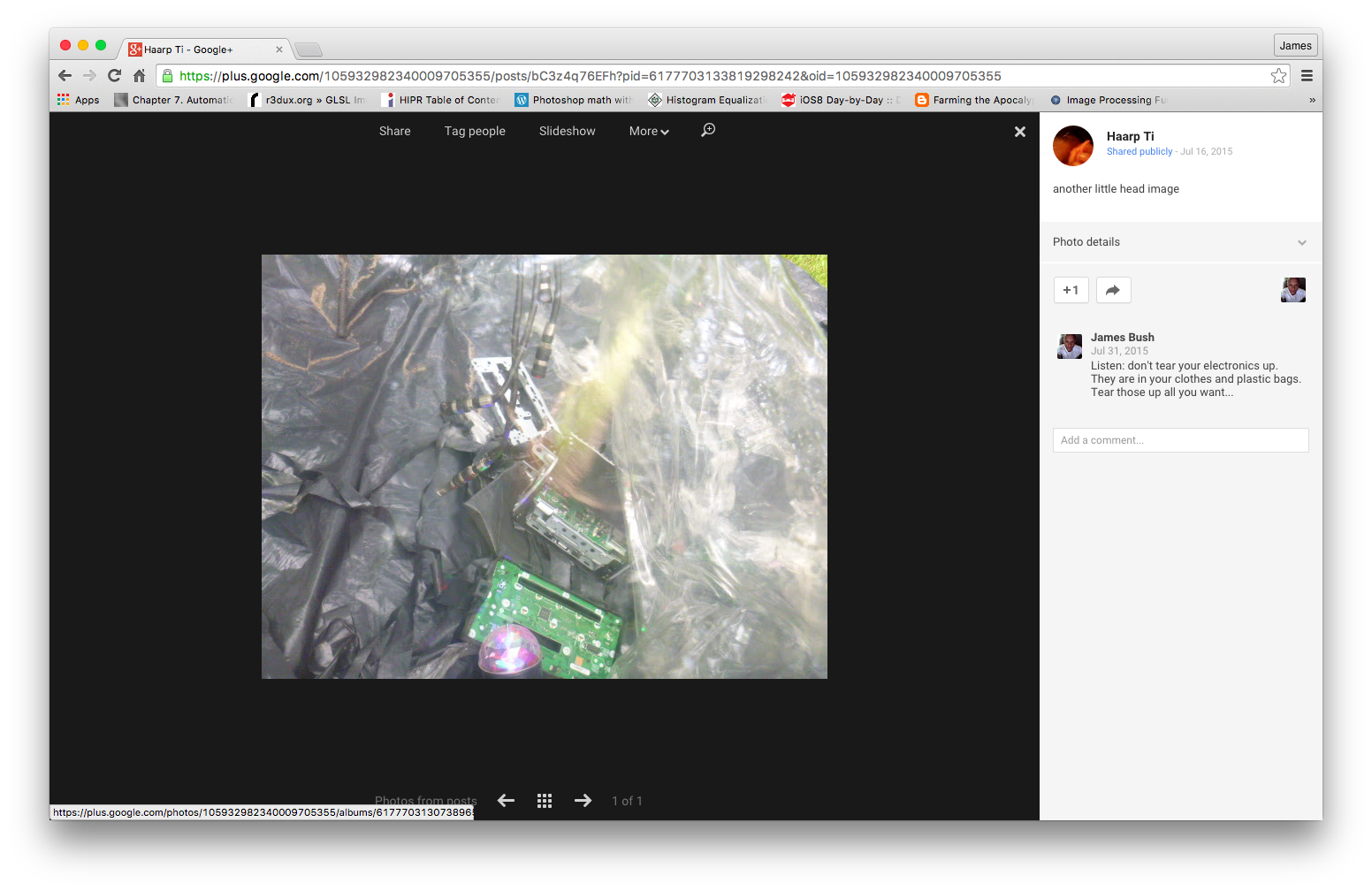 What I thought at first was just a part of the image on the TV, shown just outside the door in the room in which my video camera was set up, turned out to be a demonic tendril on closer inspection, which rose from either the console in front of the TV or from somewhere behind it:
I processed a close-up with image-editing software in the following manner, in order to capture some of the tendril's details:
That helped some; but, a better way to distinguish the tendril from the image on the TV screen is to watch the video:

It appears to be the same weapon I detected in another video using the Ripple Effect filter that ships with Photo Booth (Apple) earlier this year, as first shown in Detecting live demonic activity using CCD sensors:


Both videos were made during periods of high demonic activity, and show a weapon used to slowly but surely degrade the health and appearance of (e.g., drain the life/give demons their jollies from...) its victims (e.g., ...the occupants of the my apartment), not to mention their mental health, as it most often strikes the head [see PHOTO | Close-up of tendril from hidden demonic weapon, lashing out].

The damage from these weapons is more severe to portions of your molecular make-up that are in a semi-cloaked state like the weapons themselves, and looks something like this:

Those holes or indentations on the left and right of the top of my head are not perceptible to the human eyes as damage, so much as deformity or "just the shape of your head, which changes as you get older." By filtering from digital media the light reflected by the molecules you can see and then rendering an image using what's left over (i.e., the polarized light emanated by the semi-cloaked molecules, which is seeable, but is drowned out by the much more powerful and plentiful reflected light), you will be able to readily and easily distinguish between a point of impact and a natural change in bodily shape.
By James Alan Bush at 5/13/2015 08:53:00 PM No comments: Links to this post