VIDEO | Sucker demons launched into home by demons, their people

On the same day a kind of threat I call 'demonic illusion art' was left in my bathroom closet [see Demonic illusion art left in closet (again)], and only one night after capturing a repatriated demonic entity crawling through my backyard [see VIDEO | Glowing, scorpion/vole-like demonic entity climbs, leaps off backyard fence], demons and their people launched a swarm of sucker demons into my home, some of which I captured on video:

Sucker demons have been shown extensively on this blog since its inception, even though they are difficult to capture on camera. If it weren't for their sheer numbers, there would be no images of them at all; moreover, if it weren't for digital cameras, they wouldn't be seen even then. Initially, one might think that their shape from afar would also make it difficult to distinguish one of them from a speck of dust; but, their speed and flight pattern almost invariably give them away [see VIDEO | Swarm of sucker demons invades bathhouse in second sex video; see also VID | Sucker Demon Flys Through Rafters].

Thanks to all these factors, I was able to make this video, which has two interest points: the flying piece of string that is a sucker demon, swarming around the legs of a barstool, and then the slow glide of the swarm filtering in the my home from the entryway, launched by cloaked demons and their people outside (and inside):


Once inside, they cover the body—inside and out—in order to injure and otherwise cause discomfort and disruption. The most notable targets are joints in the hands, feet and legs, and shoulders, hips and neck. The video clip contained three still frames of very reasonable quality—the second being the best—showing a sucker demon snaking onto my wrist and fingers, in order to stiffen the joints [akin to arthritis, induced overnight]; I inadvertently captured them while picking up the camera while it was still on:


Sucker demons don't just injure, they also annoy. Not just one example can describe the lengths they go to achieve frustration [see VIDEO | Wrestling with a Demon-Possessed iPhone in the Dark]; but, generally, it is a lot of small things, all at the same time.

Here's how to get an idea: do you like your glasses resting at just the right spot on your nose? do you instinctively adjust them whenever they don't feel right? Then, they'll slide them down just a centimeter, repeatedly. At the same time, they'll do something else to you like that, and, repeatedly.

Every human has a plethora of uncompromisable preferences, like how they must wear their glasses, and how they sit, and where their legs and feet go. Over time, people learn to make themselves comfortable subconsciously, shifting their clothes, legs, body position, etc., just the right way without giving it a second thought.

Demons make getting comfortable in the way a person has become accustomed into an intrusive effort, in that they make you consciously aware of and focus on a myriad of discomfort points, all at the same time. That's the primary role of sucker demons, at least in an attack of this nature.

By the end of such an attack, you may be diagnosed with arthritis in every joint, and, of course, have accomplished nothing, burdened by stress. I personally have sustained hundreds upon hundreds of this type of attack.

Sucker demons also used to disfigure face, age skin
A specific kind of sucker demon is used by demons and their people to age skin and to disfigure the face in targets. They work by placing themselves in or on a target area, allowing for their naturally radioactive properties to dissolve or otherwise destroy tissue in a way that causes disfigurement. A perfect example of sucker demon-prematurely aged skin and disfigurement can be seen in PHOTO | Damage to penis by demons extensive, irreparable; in that post, a photo shows the ringed-indenture left by a sucker demon that simply looped itself around the middle of my penis to cause it.


NOTE | Evidence of the type of radiation responsible for this and other atrocities can be found in the distortions it causes in digital camera image sensors, as described in TECHNOLOGY | Problems caused by demonic radiation to digital cameras also detects demonic weapons. As this post explains, although the demonic radiation is destructive to living and non-living matter, it does give them away when they are cloaked. It's why the sucker demons in the images in this post could be seen by the camera, but not by the naked eye.

Demons and their people target specific areas of the face to create a gaunt, unhealthy look in their target. This areas are under the jaw line, the lips, behind the ears and the base of the neck, and the nose; but, primarily, the eyes, starting with the rim of the sockets and all the way to the follicles of the eyelashes. These areas are modified in one of two ways: deepening of grooves and indentures, and discoloring.


NOTE | Sucker demons used for this purpose are also placed in and on the neck, shoulders and trapezius, lats, and middle back in order to atrophy tissue there. They are also placed in the chest, thighs, and calves, pelvic region, buttocks and all surrounding areas in droves, as to cause atrophy there, as well.

Eyebrows and eyelashes are thinned and lightened, too, as follicles are either destroyed or weakened by the radiation from the sucker demon.

Teeth are usually targeted by eroding gums—not by tooth decay or periodontal disease—but by simply pushing them back until the roots and the jawbone are exposed. Evidence of this can be found in persons who have no history of cavities or other diseases, yet have this kind of receding. The receding is always accompanied by loss of enamel around the base of a tooth, around which sucker demons wrap themselves to avoid being chewed. The radiation of the sucker demon will erode not only the enamel, but the gum tissue in the mouth.


NOTE | The upper and lower canines are the primary locations of teeth/mouth-targeting sucker demons, and is marked by aggressive gum recession around only those teeth.

Example: a demon person launching an eye-targeting sucker demon
How a demon person instructs a sucker demon to target a body part is similar to the way a demon person conjures a demon or launches a demonic weapon from their hands or some object, in that it involves the use of discrete, disguised (sometimes peculiar) series of hand gestures, verbal cues, et cetera.

If you're not familiar with hand gestures and the like for doing these two things, stop now, and read these posts:
To embed a tissue-destroying sucker demon on a target, a demon person withdraws a sucker demon from his own body using a plucker, the moniker describing the specific demonic mutation to a hand intent on handling a sucker demon. These still frames, taken from a video showing this type of assault (shown below), show the demonic hand mutation that always occurs in persons removing or otherwise handling sucker demons, in which the fingers elongate slightly, while forming sharp points at their ends: 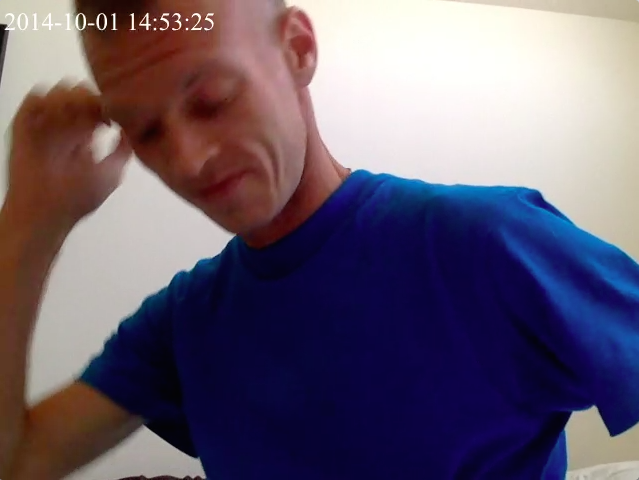 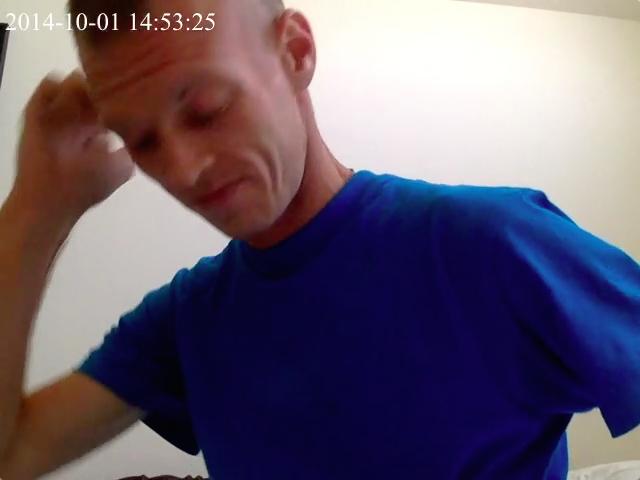 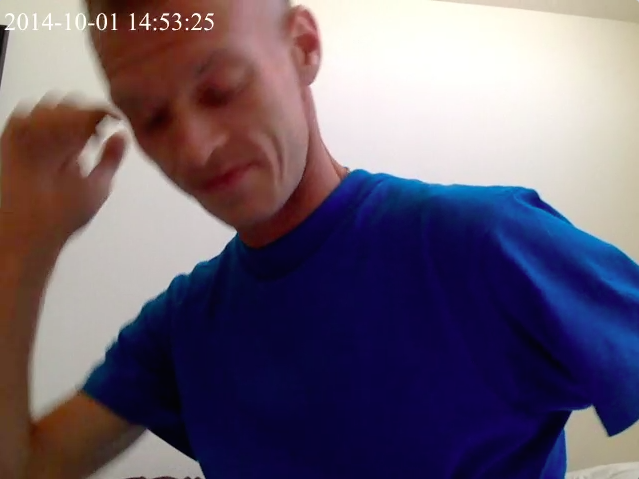 As he reaches for his eye, his hand mutates because he has a mentally expressed intent on handling a sucker demon to launch at me; and, by withdrawing it from the eye, he is indicating to the sucker demon the landing and target point on my body.

When the sucker demon lands, it will curve around my eye socket. Then, after flattening itself around the rim, it will lie there for as long as it takes to sink and discolor and age the skin and bone there.

This specific sucker demon handling demonic hand mutation is also shown in PICS | Possessing demon revealed in man's eyes, hands, too, and is shown below, just so you can see that this is not new:

This video shows the full series of gestures for launching this type of sucker demon; in it, you can see the person drawing a ring around his eye socket with his plucker, and then fake coughing into a coiled hand in my direction:


You'll note the same smug, self-satisfied look on his face afterwards as his demon-launching counterpart, i.e., the nurse that attacked me with a demon she conjured, as shown at the bottom of VIDEO | VMC Hospital nurse attacks using demon:

This look, which is virtually the signature look for demon people, comes from the state of intoxication or euphoria (for lack of better terms) that comes from using demonic powers—the reward from demons for using their powers.


NOTE | For You deliver an afflicted and humble people, but will bring down those with haughty looks. [Psalm 18:27 AMP]

Whether this is a drug or otherwise, it is addictive, and not only encourages demon people to use their powers, but enables them to do so more effectively and powerfully, as the dependence on the 'incentive' increases.
By James Alan Bush at 10/02/2014 11:54:00 AM No comments: Links to this post