Long-time readers may recall SOFTWARE | Real-time, video still-frame processor,  in which I write about the old process:


With [my own real-time image-processing filters], a one-minute video takes about one minute to process; with GIMP or Photoshop [tools used for the old way], you'd likely start the process at night, hoping to wake up in the morning with a complete set of processed images.

Hence, the newest addition to my growing number of image-filter distribution platforms on which I can distribute my demon-decloaking image processing formulas, algorithms, techniques and hacks—namely, the iPhone; and, on that, using a Photo Editing Extension, which produced the likes of these:

As you can see in the original still frames (below), the entities are practically invisible, as they intend to be:
Even though I don't look as bad without the filter, that will likely change, if I survive to the end of the process. A couple of still frames from another video showed the effect intended for my eyes and cheek; they don't look like this now, but did in the ether, which foretells what's to come:

[I'll add another explanation for in the ether and why the body is like putty there; but, for now, basically, the sucker demons are manipulating my molecules on another plane, where they are more malleable. The results there will eventually show up here, albeit mixed, mitigated, exacerbated and otherwise influenced by other competing factors (i.e., the Grace of God, etc.]

About Photo Editing Extensions
A Photo Editing Extension is akin to an application plug-in, and works so similarly, I don't know why Apple didn't call them that instead. I'm assuming because they are geared as a developer product, and one that extends the functionality of any app supporting such extensions. I thought some plug-in architectures did that, too, and that it wasn't all too uncommon, either, like iMovie, Quicktime and Final Cut Pro, which can all share the same plug-ins.

Regardless, here's how Apple explains the parent of a Photo Editing Extension, the Application Extension:


Starting in iOS 8.0 and OS X v10.10, an app extension lets you extend custom functionality and content beyond your app and make it available to users while they’re using other apps or the system. You create an app extension to enable a specific task; after users get your extension, they can use it to perform that task in a variety of contexts.

Obviously, an Application Extension of the Photo Editing kind allows developers to distribute their image-processing filters to any iPhone image-based app.

I used a coding template provided by Apple, which allowed me to (somewhat) quickly and (sort of) easily deploy the filter created above, which, by the way, I prototyped in Quartz Composer. So, right now, the interface looks a little generic, and includes filters I didn't write, but which came with the template as an example of how to include them; not only that, but the number of steps to process a video or image are not a few, but a lot, if you ask me. Unfortunately, unlike the user interface, I cannot change that.

Here are what those steps entail when processing digital media on your iPhone using the extension: 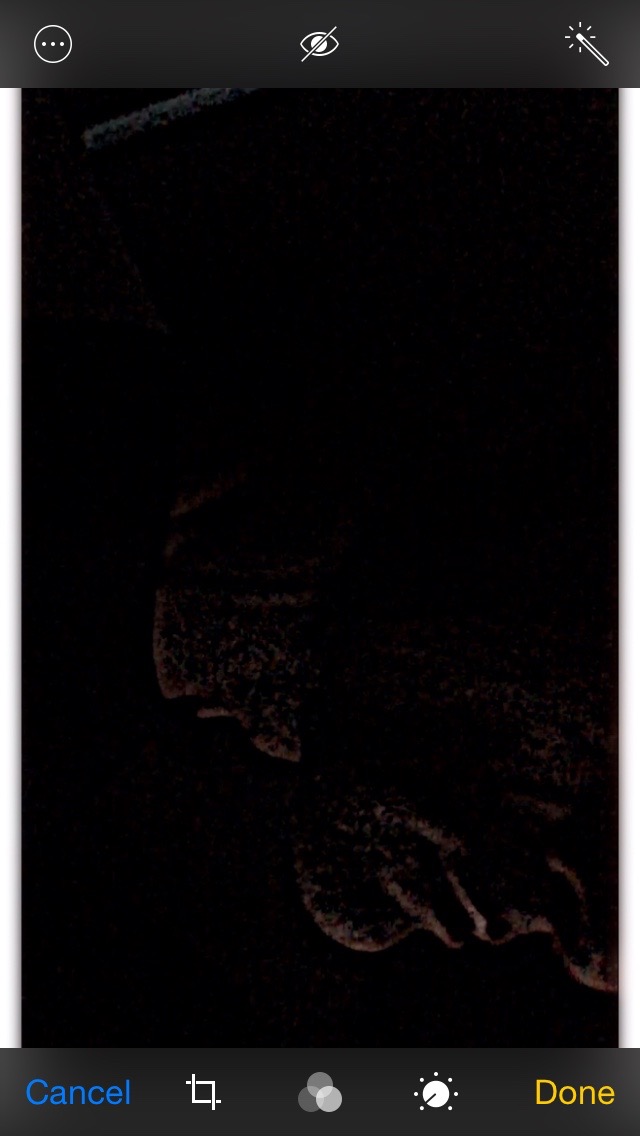 After the filter is applied, touch Done (again) to view the filtered image

That's a lot of steps, but, as you can see, it does a mountain of work, nearly instantly.

Obtaining the extension
Until I apply for App Store distribution

About Technology Posts
asf
DIGEST | (TECHNOLOGY) Tips and Techniques for Processing Demonic Digital Media to Save the World
asdf
By James Alan Bush at 4/28/2015 12:05:00 AM No comments: Links to this post