While far from complete, here is a list of businesses where demons have attacked (or have been spotted):

The web site that launched the demonic war

When the demon-led gang-stalkers attacked in 2006, I had no idea—at first—that the demons of my childhood were behind it all. I should have known that something supernatural was at play, though, because of all the things I witnessed; but, back then, I just didn't believe things like this happened often and to this extent.

So, ignoring those things, I started journaling events on a web site that I created, ignoring the demonic stuff all the while, calling it, "The Sunnyvale Knock," the moniker ascribed to me based on my location and my designation by the criminals who attacked.

It was this site alone that, in 2006, launched the demonic war that rages to this very day; in spite of its exposure to over half a million people in under two months, it is still a major threat to those who mean to harm others, namely, the demons and their human collaborators.

If you're not in-the-know on the issues at hand, only one section on this site will be of interest to you, particularly, the recorded phone calls and conversations, which can be found in two places on the Investigate page: 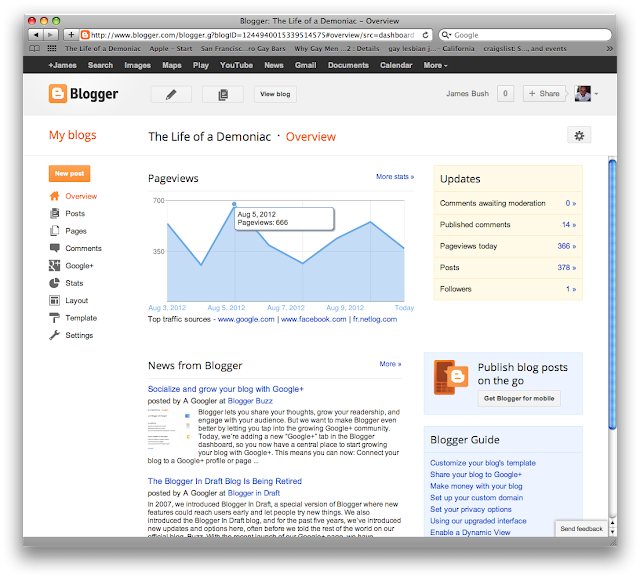 That number has come up repeatedly over the past week, which has seen non-stop demonic encounters; however, the last time I reported it on this blog was in HOME | Neighbor's house number is 666—the Mark of the Beast | The Life of a Demoniac. At the time, I said I hoped it was just a coincidence that '666' was my new neighbor's house number; but, as it turns out, it probably wasn't.