How your questions to demoniacs about demons reflect your character

This post recounts a conversation with a reader from England; however, it is an in-progress one. I've still formatting to do, and pictures to add. I also intend to add links to past conversations with other readers that were also posted to this blog, and, eventually, to post reader conversations that have yet to be.

An 'aside' before you read it, though: As I was writing this, I asked a few Voices Demons what side they thought a person like the reader below would choose if given the choice. They said:

The side that doesn't make us angry.


People in shock to find themselves victims of demonic activity, having once thought themselves invulnerable or at least immune to a dirty person's problem, nearly always introduce their incredulity with a rapid-fire litany of the most useless questions one could ask, many of which are looking to accuse someone or something, or to elicit an answer that confirms their wish that the problem is rather small, and can be easily dealt with. Such pointed and hopeless questions are always lodged with anyone they deem knowledgeable on the subject—complete and utter strangers, included—with decorum, privacy and discretion being thrown to the window, due likely to a pent-up sense of failure for not announcing the problem to others sooner, and for ignoring it for so long by themselves. 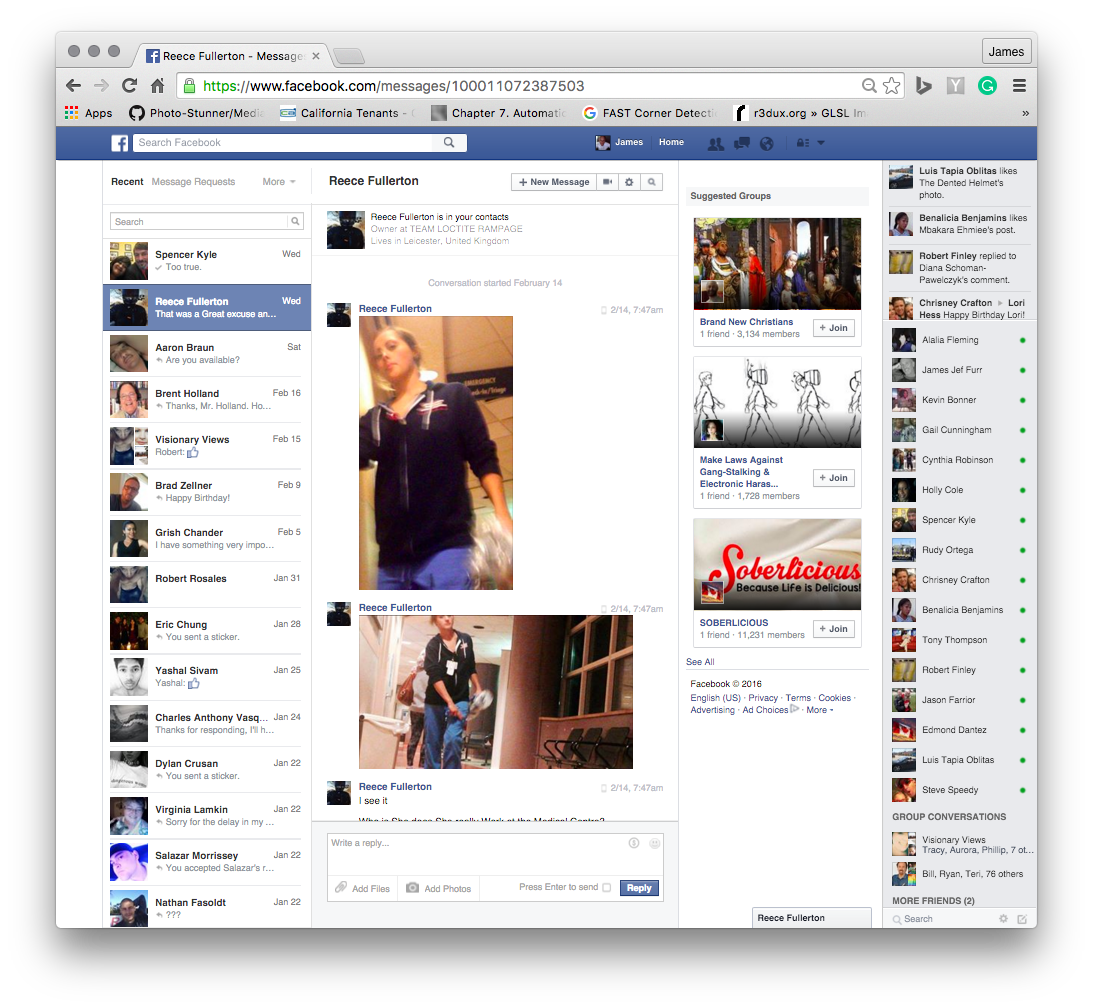 The characteristics of the questions posed by a newly self-realized demoniac
A demoniac in peril could never really ask the wrong question per se, but, as a collective whole, they should comprise the questions one would expect of a survivor; but, as I just wrote above, most of the questions are way off base, and, at worst, reflect selfishness (they're never concerned about anyone else) and lazy (they don't want to do anything to help themselves) and stupid and proud.

Most of the questions asked are already answered on my blog; but, that's not the most annoying part. An outright refusal to adopt any proposed plan of action—or to take any at all—follows even the best and most informative of answers. Granted, most of these do entail inconvenience and require sacrifice. They also follow a common track throughout the course of the questioning. At first, the questioner acknowledges the severity of the problem with all the sincerity they can muster, but that to impose their demand of free use of your time; when it comes down to their responsibilities in the handling of the matter, their sincerity wanes to a half-heartedness and slight disinterest, albeit feigned. Eventually, they suggest that the problem is a product of your imagination or insanity, right when they begin to see a commonality forming between themselves and persons they feel more deserving of it (i.e., you), right before speckling hints of blame on others for their perceived failure to provide a remedy beforehand, let alone to provide one afterwards.

That's what the questions do wrongly, and that's what they say about the interrogator. So, what are questions posed rightly, you may ask? Those borne of prudence and foresight, and asked before the problem became their problem (after all, its expansive nature is clear). What questions speak of impeccable nobility? Those that express a willingness to be any part of a solution (the needs of those who suffer it are equally clear).

Following are questions that speak to the former, in that they were asked too late, and by the typical someone who expects to be served by others, and who, like the others, not once expressed any concern whatsoever for anyone who may literally be tormented by demons around-the-clock (which, for me, is a fact undeniable, a fact that is chief of all facts). As you read them, keep all of what I've said in mind:

[Reader] is in your contacts
Lives in Leicester, United Kingdom

FEB 14TH, 7:47AM[insert photos and videos from reader]I see it
Who is She does She really Work at the Medical Centre?
I thought You would have found out If she did
I have looked at All of your Pictures on your Facebook Page
I do not know 100% What I am seeing but I do know that Demons do exist
It is all down to How the Human Eyes interpret Vision and what is seen
And why did the Nurse look at your Camera? How did she know it was there?
She looks Sinister for some reason
I will not be looking at the Photos again as I find them Scary in a way but also I do not want to get Paranoid
You should try using a Camera that is at 1080P HD I wonder if the Anomalies would show up then
Also if you Zoom in on an Area or Object it Can make the Image go Grainy in Area's sometimes
You should look up Ramstein Air Show Flugtag 1988 apparently the cause of that Air Show Crash was Demons Aliens and Shapeshifting Reptilians
The thing Is it's very difficult for me to Judge what is and is not Real just by seeing Videos or a Photograph
What are all these Demons doing why are they Constantly around? I know they are Harmful but why do they have to be here? How Violent are they?
It also depends on how Much Lighting is in your Room if you had the Light on all the time and took Photos would they still show up?
The Pillow Demon just looks like the Design and Pattern on that Cushion behind you

I am one of your own people, and they are hurting me.
No, human.
But, that's still not the point.
James you are making it difficult for me What to believe
No, I'm making it very simple. What you think about reflects your character.Can Demons hide in Fresh Air?
First, you should already believe in demons.
Who invented the Word Demon
It's even in the English Dictionary
Not any differently than they otherwise hide. Hiding for them means not reflecting visible light.
What about that Video where they enter your Apartment?
Did they go through the Window?
When that happened where the Hell were you
You could even hear the Noise
Demons is a term for an entity or species whose molecules are naturally cloaked, and whose minds [are equipped to] function in more than one time flow rate [organize non-linear memories, and process and convey them in linear fashion, succinctly and coherently].
[Those are] the two biggest [defining qualities].
In my apartment.
Where they came from or how they got in depends on the species, and then down to that particular demon.
Why didn't you turn the Light on?
You can clearly see an Elbow in the Video and an Arm
So it would be harder for them to see me.
Can't you turn the Contrast up?
I'm going to sleep; let's chat later.
What time is it?
See even you get Tired That proves your Human
You did Scare me at first
If there are any videos or images you would like to process, let me know which ones, and I'll send you the originals. If there are any you'd like me to improve, I will.[Reader] missed a call from you.
I only like Text Messenger
Good night

By the way my Dad is an alright Man

(I didn't mean to call; my bad)
I just heard a noise upstairs
Probably the Floorboards
It's alright
Then, ask him again. If he lies, find out why. I doubt he likes them, so it may be coercion.
Do you Work?
That means you're in danger (the lied to always are), and so is your dad, quite frankly.
How can you say that?
About somebody you have never met?
Because it's the truth.
Because I know demons [and people].
They don't hide from people they don't intend to hurt.
Have you ever had a Fight?
Is it true Americans hate the British?
If you grew up ignorant of demons, that's because they have, are and will hurt you. That's true for anyone who doesn't believe.
Does that go for anybody?
Even President Obama?
No, Americans hate no one, believe it or not.
We literally have no hate at all for anyone. [Why bother? Who's hurting us?]
Really?
If they say they don't believe, they are either a victim or a liar.
When you were 1 Months old did you think about Demons?
I gotta sleep. TTYL
Hmm alright
Ah gotcha
That was a Great excuse and avoiding my Question