Why don't you start from the beginning...?

Reading this blog absent the requisite historical context for understanding its over 1,000 posts will fail to reveal its significance and relevance in the present, which, by the way, is greater than anything else on Earth right now. It describes an eight-year journey from helpless to helpful—and, both of these, in no small way. That statement will make more sense after reading a synopsis of that journey, which I recently provided as part of my answer to a question posed on Quora that asked, essentially, Why do bad things happen to good people? (or some such...) To-wit:


How can cases of alleged demonic possession be easily dismissed: when there are those who display super human strength, speak in Latin and tongues, and have knowledge not previously obtained?

This question, at its core, asks: Why are people asked to accept a complete breakdown in deductive reasoning to the derivation of their (and your) own personal safety? And, Why are they ostracized if they won’t? Or, Why do they ostracize those who won’t?

These questions invariably arise when someone encounters overt, problematic demonic activity for the first time. On first mention, family and friends will bail at once, and replace their formerly supportive ways with lies and betrayal, accusation and suspicion—qualities more often ascribed to the very same monsters endlessly haunting their lives.

When this happened to me in 2006, I thought I was the unluckiest man on Earth (because I was); as a sane, responsible, productive and otherwise valued member of society, I in no way deserved the apathetic and derisive response I received for describing my tragedy as I saw it and as it was: Demons were afoot, and they were in cahoots with career criminals to dissemble my life from every angle.

What I didn’t understand or know at the time was that the same naysayers I thought I could trust not only knew what I was saying was true, but knew about the problem before I did. What’s more is, I didn’t yet know that they would have a hand in depriving me of recovery from my losses later. So, I found no reason not to prove my situation as comprehensively and indisputably as I did, even as the actions I took to do so literally put my life in constant mortal danger.

You can see the fruit of my labor in this regard on my blog, The Life of a Demoniac [see The web site that launched the demonic war]. It links to a series of secretly recorded phone calls and conversations between the criminals and between me and the criminals that were originally posted to my blog at the time, The Sunnyvale Knock, and evidence every claim I made about the crimes committed against me during those harrowing two months that I defended my home against their constant onslaught, alone, friendless and without the support of family.

Attack of the Gangstalkers from James Bush on Vimeo

I was not trying to embarrass anyone by my blog—certainly not the people who would use it for a claim for/to shame later. I was trying to make a scene that couldn’t be ignored (or, if it was, ignored to their derivation, such as police, as the end of the video implies). Regardless of my intent or success, I refused to allow my situation to be explained away by the lies that were being told by my family: that the criminals were friends giving me drugs, which were enabling them to take advantage of me, and—sometimes worse—that I had been double-crossed as their former business partners, which gave me a convenient way to cover my criminal tracks.

Imagine my rage. Honest, forthright, worthwhile? Yes. Lying, deceptive, worthless? Not then, and not since. Yet, these accusations were my family’s first response to my accounts of robbery, assault, battery, criminal confinement, auto theft, vandalism, fraud, burglary and more. Not in my wildest dreams would I have suspected that recordings of criminals discussing their crimes against me with each other and me would become my true family; but, as my only connection to the irrefutable truth, they did, particularly, as my family continued to insist even in the face of their obvious and clear error.
Imagine my hurt. Within three months, I was destitute. No home, no money, no car, no job, no healthcare and, clearly, no future. I saw it coming, and I proved it, too—timely enough to prevent it with help. The only consolation I could find at the time was that my world-wide dissemination of those recordings stopped a wave of organized crime from continuing beyond my former home. Millions of people around the world watched my blog like O.J.’s getaway, and caught on to a similar problem lurking around them, waiting for its chance to swallow them up, too. In 2006, my blog stopped gang-stalking for good. Because of it, it now only exists in the minds of lunatics and the unreasoning.

Having nothing much to live for except my poverty, waning health and souring relationships, I branched off into a more aggressive, but long-term approach to the problem. Once I was stripped of resources and support, the face of the problem evolved from a primarily human one to a demonic one. Even still, the goal seemed to be to prove it in a manner similar to gangstalking—that is, with recordings and photographs. In fact, I was explicitly told it would be (in part, in derision, and in other part, as a means of retribution for having so deftly proved myself before). Daunting as that sounds, I reasoned that whatever my eyes could see and my ears could hear was established in the physical, and that whatever is physical leaves an indelible imprint that can be qualified and quantified as such, regardless of whether the sights and sounds of demons were deemed as hallucinations or “spiritual“ by others.

Unfortunately, The Life of a Demoniac takes some getting used to, as the next five years proved. By 2011, I had nothing to show for my extensive efforts to catch demons in the act. When I got close in 2008, I spent every day of the next three-and-a-half years fighting a baseless criminal case that was eventually dismissed in a county jail.

When I got close again in 2013—as chronicled by two years of blogging—I spent every day for a year fighting another frivolous case in a county jail, which was also later dismissed.

I pressed on, even still—thanks in full to the help (finally!) of someone who long ago took on the same problem, lost to it, but by and through the injustice of that loss, was awarded a victory of sorts over it, which ever since afforded help to others in like circumstances, no less me.

The following image is representative of my results by 2014: 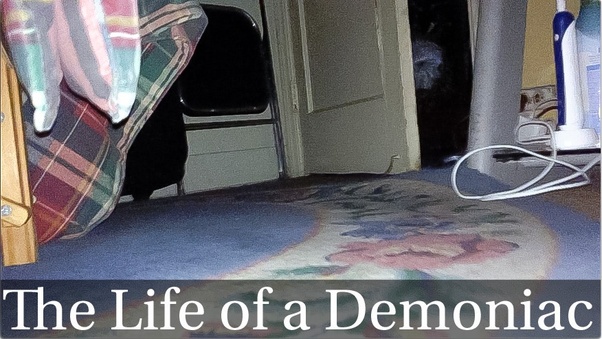 A couple of years later:

These are invisible demons made visible using the same very same image-processing techniques and imaging sensor hardware used by astronomers for creating images of remote astronomical phenomena. As it turns out, the hardware used in their telescopes is the same used by iPhone in its camera. With a few adjustments to the ISO and duration exposure settings (I had to learn how to write iOS apps for that), a weird camera-panning maneuver that can only be explained by the principles of light physics (which I also had to learn), and even weirder post-processing techniques bordering on the advanced scientific, I made these possible.

As of 2019, I can produce images as good or better than these at a rate of three per second. The process is so refined, I can teach it in under five minutes to anyone. I can demonstrate it in less than three minutes. 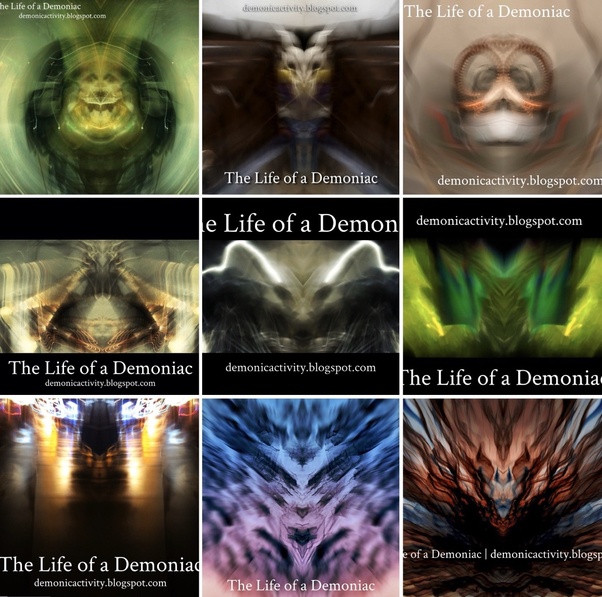 And, that fact, as demonstrated across a table at IHOP for the benefit of my mother, who was chief among the doubters and accusers when all of this began, brings me to my answer to your question: I cannot tell you why people are like as your question intimates. 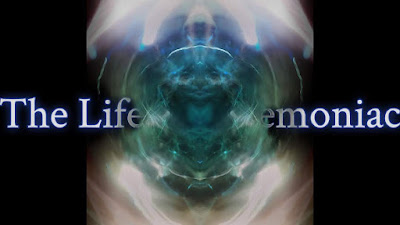 After showing her the face of demons hiding in the salt-and-pepper shakers with my iPhone, all she could say to my explanation of the problem, which cost me everything and robbed me of any future I could look forward to, was, “I just ignore things like that. There’s no point in paying them any mind.” This, after over a decade of derision and rejection, and mocking and rumor-mongering; and, this, after pitting her eye-to-eye with the problem itself. 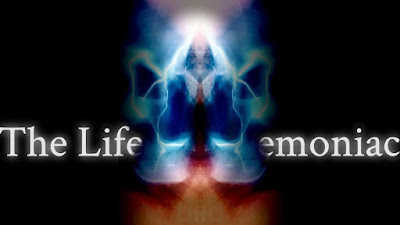 I don’t know the basis for your question (are you facing a similar issue?); but, assuming the worst, here’s more of what I think: if you seek an answer for yourself, you’re going to hear the same thing. So, when you deserve to be believed but aren’t, my advice is this: walk away, and never look back. You can’t convince someone of something they already know, and you can’t change a heart too callous to be honest with you when your life is at stake. These are facts of life. 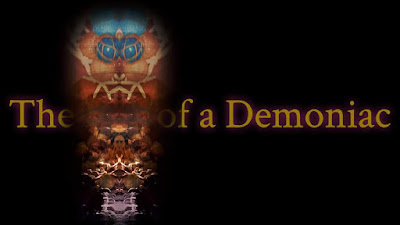