In spite of being needle thin and only a few inches long, sucker demons can be captured with low-end digital cameras commonly found in cellphones or laptops; however, unless the shot is just lucky, any image containing a sucker demon in it will need post-processing work to reveal it.

This post provides guidelines for using Photoshop for this task, using a real-world example:
This technique should only be applied to non-cloaked sucker demons of the yellow kind, i.e., those that congregate in bedding and on (and in) the body, such as the one shown in this photo, piercing (and extending from) my neck:
That's for one obvious reason, and for a reason less obvious. First, a cloaked sucker demon is nearly invisible. Although you can see it (sort of), low-end camera equipment will not. Second, the radiation emitted by their cloak causes the sensor component of the image pickup device in digital cameras to interpret image data improperly.

The technique
The are two parts to the method for revealing sucker demons in an image shot by a consumer-end digital camera using Photoshop, such as the one below: 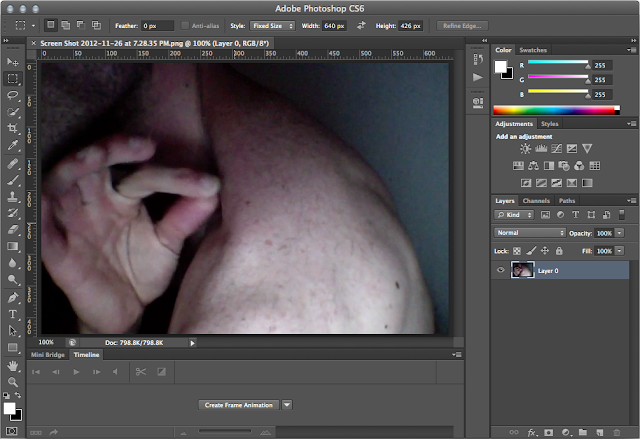 First, the image is sharpened by a technique that uses the Emboss filter; then, the black and white (and gamma) levels are auto-adjusted using Levels, but only to the portions of the image masked by an inverse-selected and color-inverted luminosity mask created from the Green color channel. 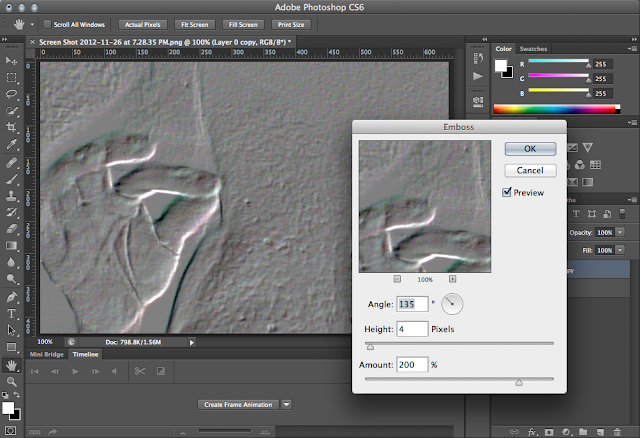 Any necessary adjustments to these settings will vary depending on the quality of the image; however, generally, the height value ranges from 2 to 4, and the amount from 200 to 400. If necessary, adjust the angle for sharper contrast along the edges of the sucker demon. 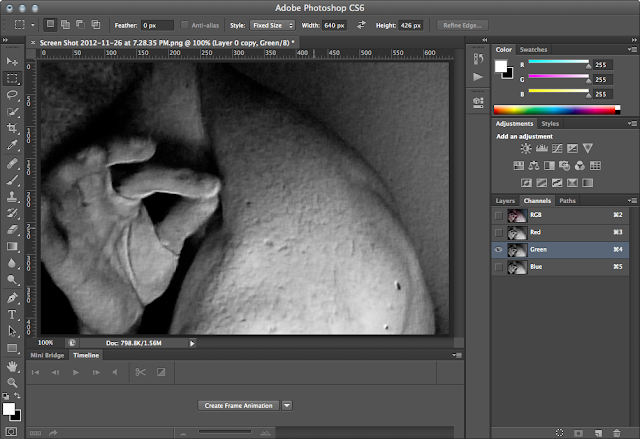 Because the sucker demons that are generally on or just beneath the surface of the skin (and at or around hair follicles) are always of the yellow kind; therefore, the green color channel will most likely provide greater contrast between the sucker demon and the surrounding image than the other two channels. 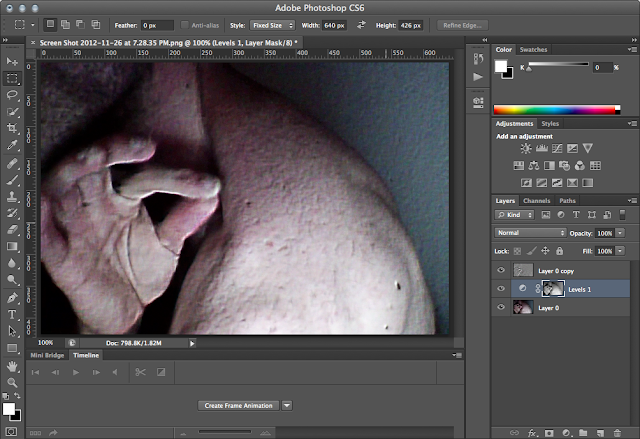 In the enhanced image, above, the detail has increased over the original so much that you can see the web-like anchor of the sucker demon on my neck. This formation is nearly identical to the one seen in a still frame of a video made at a nude beach in San Gregorio  Beach, where a sucker demon attacked my head:

NOTE | Applying this technique to video will reduce motion blur, which may be an essential part of depicting the movement of a sucker demon; using it may reduce the visibility of a sucker demon while it is moving.

Tips for capturing images of sucker demons
Sucker demons are not just small, they are also lightning fast—and, they can see when a camera is pointed at them—making a single-capture photo nearly impossible to acquire. To get a good picture, point a video camera over the surface of your skin where they are known to congregate; then, import the video file into Photoshop (File | Import | Video Frames to Layers) and trim it to clips with sucker demons. Skim each clip frame-by-frame, applying this technique to only the best stills.

Other sucker demon-related posts
For more information on sucker demons, particularly the kind that swarm in and on the human body and bedding, and to see other digital media showing them at work in and around such places, read:

A couple of new photos taken tonight show a three-and-a-half-foot tall, white-headed and yellow-eyed cloaked and blended demon, sporting a black body suit, standing in front of a wire rack to my right:
My camera was pointed at the mirror doors to my closet, which not only reflected the demon's image, but either polarized (or scattered?) the light reflecting off the mirror, allowing for the otherwise cloaked demon to be seen.


To learn how an invisible demon is revealed by light passing through it and/or reflecting onto it (versus direct light), read these posts:


To further enhance its visibility from a distance—while remaining nearly invisible close up—the demon also blended with objects of similar size, shape and color, which enhances the visibility of a cloaked demon, but only at a certain distance and at a certain angle. Up close, the objects the demon is blending with may not overlap the similar colors and shapes of the various parts of the demon's body, and, even if they do, they may not match in size.


NOTE | Blending while camouflaging allows a demon to be seen—and, therefore, sociable—while putting safe distance between the demon and any perceived danger, and while maintaining the relative security of invisibility when danger may otherwise be too close for comfort.

Unfortunately, all I was able to get were photos; when I switched my iPhone camera to the video camera, it was too dark. Usually, it's always the same. Causing electronics malfunctions is the last thing I would have thought that demons specialize in; but, when I say, "specialize," I mean it.


NOTE | They got burnt on such recordings a time or two in the past [see The web site that launched the demonic war], so I guess that's something they want to keep an eye on. Probably shouldn't be my biggest concern, though; sucker demons sliding out of your skin is bad.