There are five videos in my demonic activity video collection in which I morph into something demonic, and one in which my hand actually flies off my arm. They include:

In all six videos in which my body is shown undergoing some kind of supernatural transformation or performing a supernatural act, I am completely unaware of anything unusual. It was not until after viewing the videos did I see what happened.
By James Alan Bush at 8/21/2012 08:13:00 PM No comments:

Don't read this post until you've read VIDEO | Orlock-like face morphs into a human one and watched the video of the man's morphing from that of an orlock to his own; without having done this first, this post will just look crazy.
I wasn't sure that elf was the right word to describe my new profile as it appears in this still frame, and which was taken from a couple of short segments in a video made yesterday (no motion required, as was necessary to see me as a centurion demon in PHOTOS | Underlying demon revealed in video in motion).
Typically, my face does not take on these elf-like qualities unless video is made of the camera panning across my face; and, only then during periods of high demonic activity.
Moreover, you can only see the transformation by viewing individual still frames taken from the portion of a video in which either I or the camera is in motion.
The hooked nose is what made me think of fairy tales, and the pointy ears made me think of elves; but, that drooping ear lobe isn't consistent with what I've seen of elves (in books, of course). Plus, elves are typically portrayed as good characters, and nothing good possesses your body. So, that probably means that whatever I turned into is probably something else.

On a whim, I searched for hooked nose pointy ears on Google and stumbled upon orlocks, which made perfect sense after reading one description, which said that orlock features include pointed ears, extra-long fingers with claw-like nails, narrow, hooked nose with a bald head, a very angular face, and spindly limbs.
In the motion blur in many of my past videos—too many to be a coincidence—my fingers seem to form into long claws, as does at least one other person that I recorded on video; and, the elongated fingers are not from the blur (or motion) trail, either. Cloaked body parts don't blur on camera, even when it's in motion (although, they smudge, depending on the proximity to the camera); rather, they are simply revealed, albeit oversaturated in color. The knuckles, or finger joints, are clearly visible, and are evenly spaced and side-by-side on a horizontal keel.
The world's most famous orlock, Max Schrek, from the movie Nosferatu (shown above) has two fangs in the front of his mouth, with no teeth in between; and, as luck would have it, I captured video of two orlock-like fangs on video, thinking at the time that a morphing demon had recorded itself:
Note that orlock dentia contrasts with vampires', in that between Dracula's fangs, for example, there are the same two central incisors that humans have. I like that better; but, orlock fangs are definitely more sav(age), which probably goes a long way in their world, to be sure.

Here are a few stills from a video, showing a man's hand that is identical to an orlock's, and showing my pointy ears and the beginnings of a sloped nose: 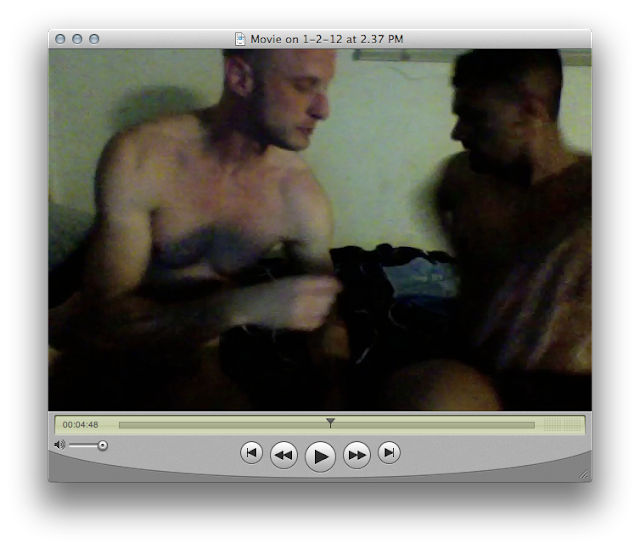 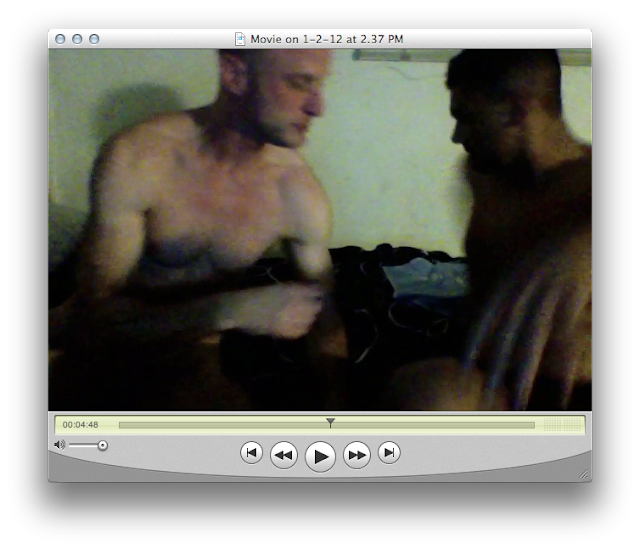 Whenever the room is full of the red, blue and green snow you see so prominently on video during periods of high demonic activity (called chroma), my face appears to transform into that of a centurion demon when I move my head quickly, or when the camera is in fast motion:

This phenomenon is identical to that described in PHOTO | Video in motion reveals woman's hobgoblin demon underpinnings, in which the motion of the camera revealed a woman's overlaying (or underlying) hobgoblin demon; but, it is different from both what is shown in VIDEO | Elf demon morphs back into human mask, which is a physical transformation—not an overlay of chroma—and in VIDEO TIMELINE | Demon in the Dark, which looks the same, but is an actual possession by which the entity appeared and acted of its own volition (neither me nor the camera were in motion when the demon in the dark appeared, whereas the camera obviously had to be in motion to make the demon in this new video clip appear, as was the case in the video of the hobgoblin-demon possessed woman).
Here is the series of still frames (in order from human to demon to human) from the portion of a video made yesterday, which show the apparent transformation of my face to demon and then back again: 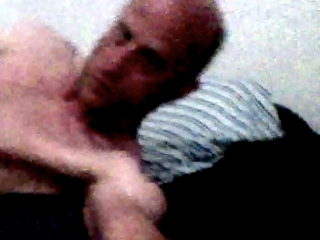 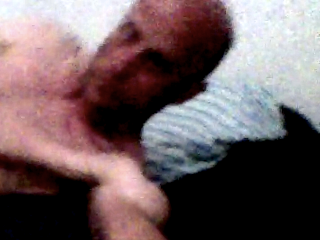 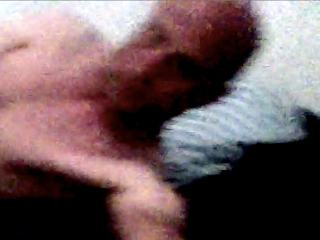 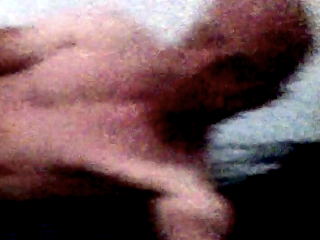 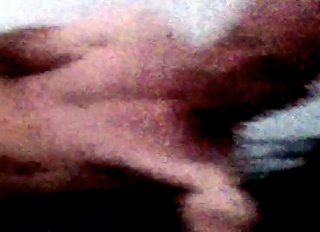 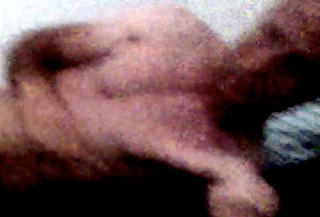 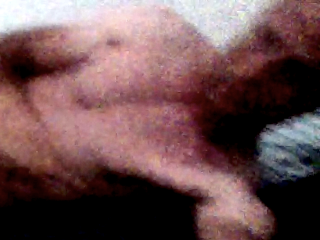 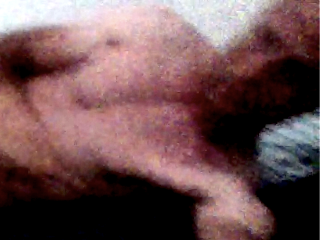 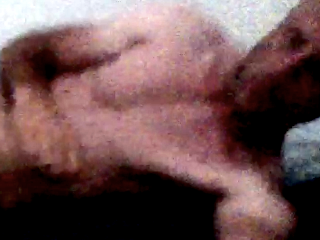 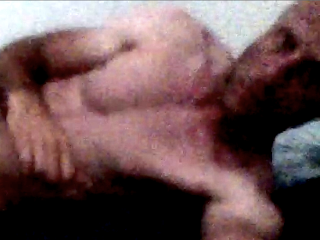 VIDEO | Orlock-like face morphs into a human one


Following is the profile of an orlock, who posed as a man I met online, and who is shown in this still frame that was taken from a video:
Orlocks are the easiest demon to detect with fast-moving video, as their morphing veneer is sluggish to compensate when they are in motion. To the naked eye, they are hard to see; but, the lag is not hard to see when skimming a video frame-by-frame, as long as the camera is stationary and the subject is moving. In this case, the subject's movement came from the act of fellatio (yes, an orlock blew me):
In another excerpt from a video made today, a man's face is shown morphing back to human from what appears to be some sort of an orlock-like demon. He probably did this in order to conform to what I was used to seeing, after getting caught by surprise, and after having let his guard down at some point while I wasn't looking at him:
The transformation looks much more fluid when the video is played on its native Huawei Ascend M860. Accordingly, I have provided the following still frames from the portion of the video where the morphing takes place so you can see each step from elf demon to its human mask: 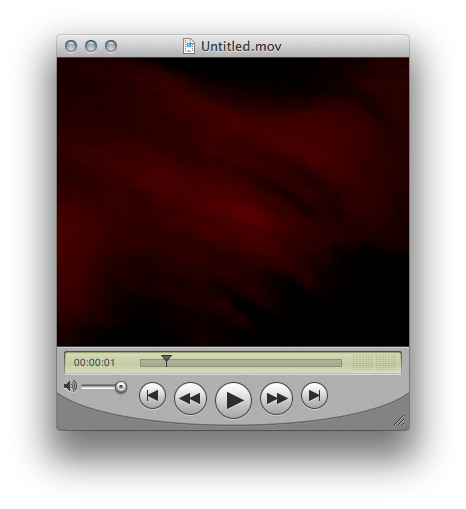 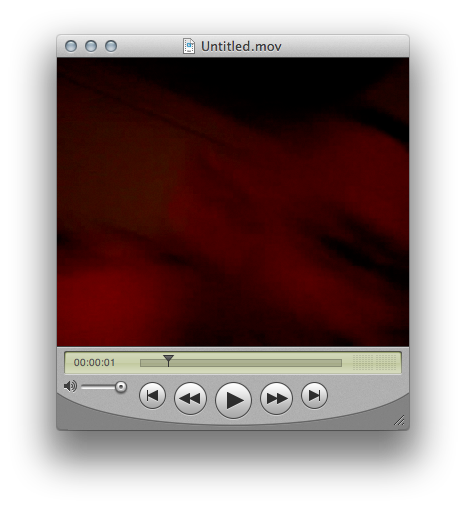 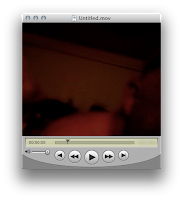 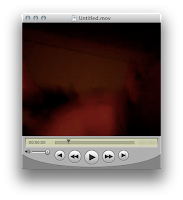 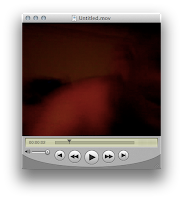 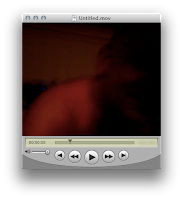 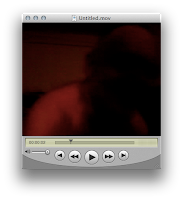 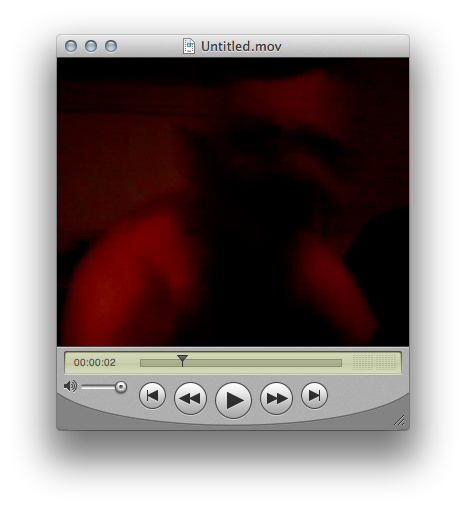 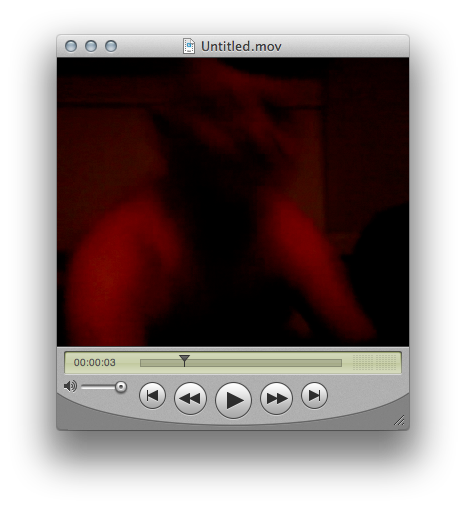 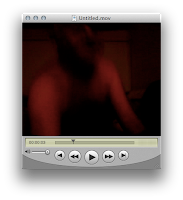 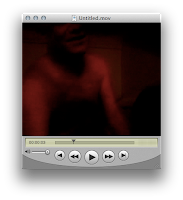 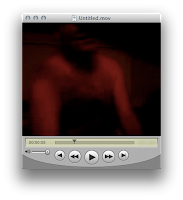 This is not the first time demonic activity has occurred on video during sex, as further explained in these posts:
By James Alan Bush at 8/21/2012 01:38:00 AM No comments: