This post is being retooled; the demons don't show up very well on lower-end computers, such as Windows PCs. Check back for updates later.
In a video made last night during a period of high demonic activity, I discovered what look like demons in the glare of a street light in these still frames: 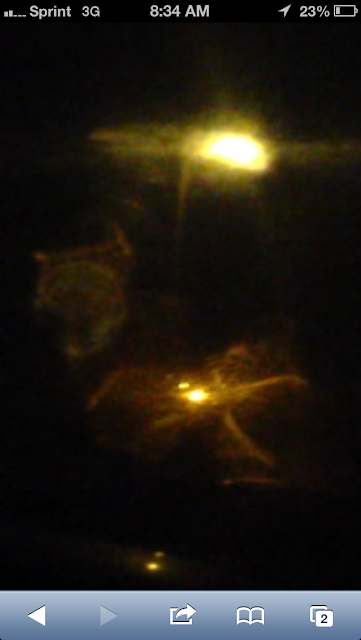 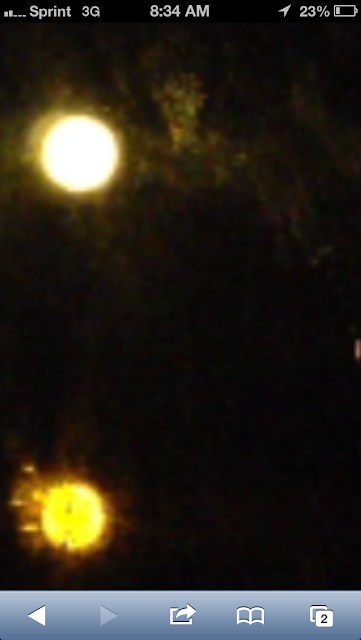 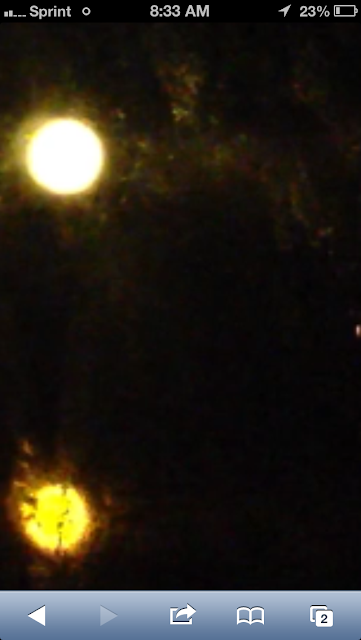 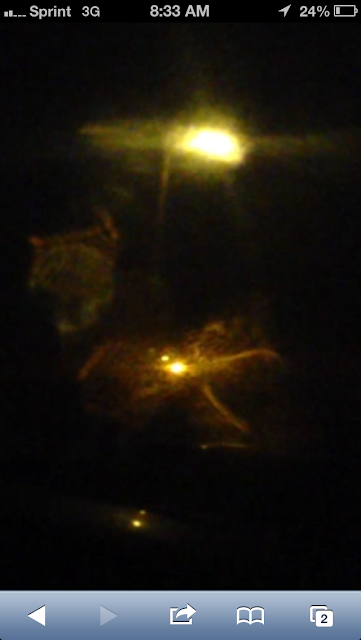 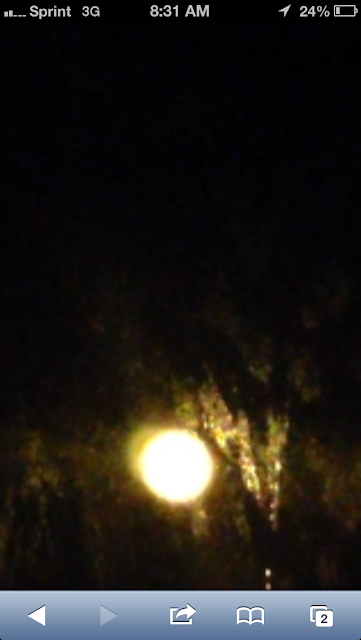 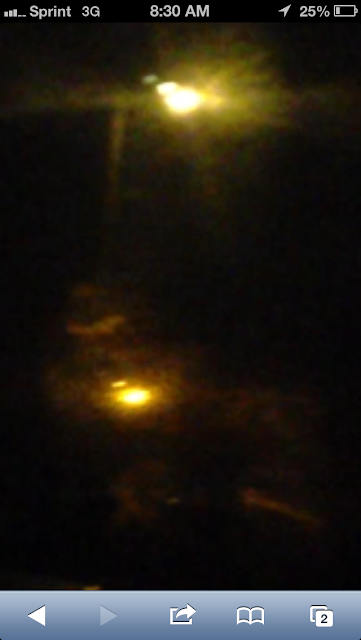 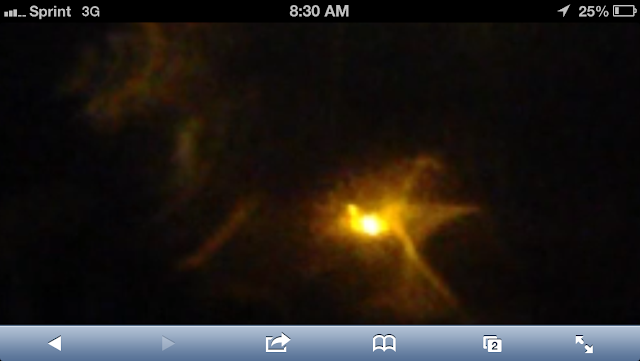 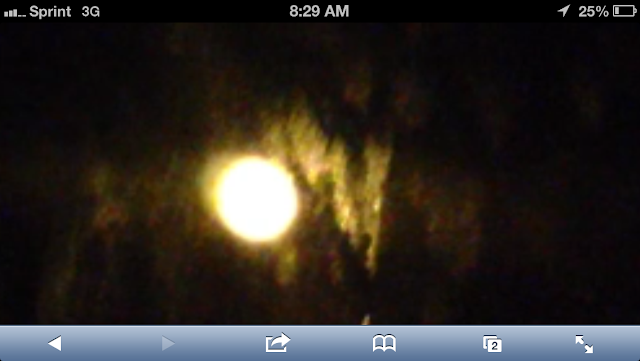 Following are the original still frames; zoom onto the light from the street light to see faces of demons: 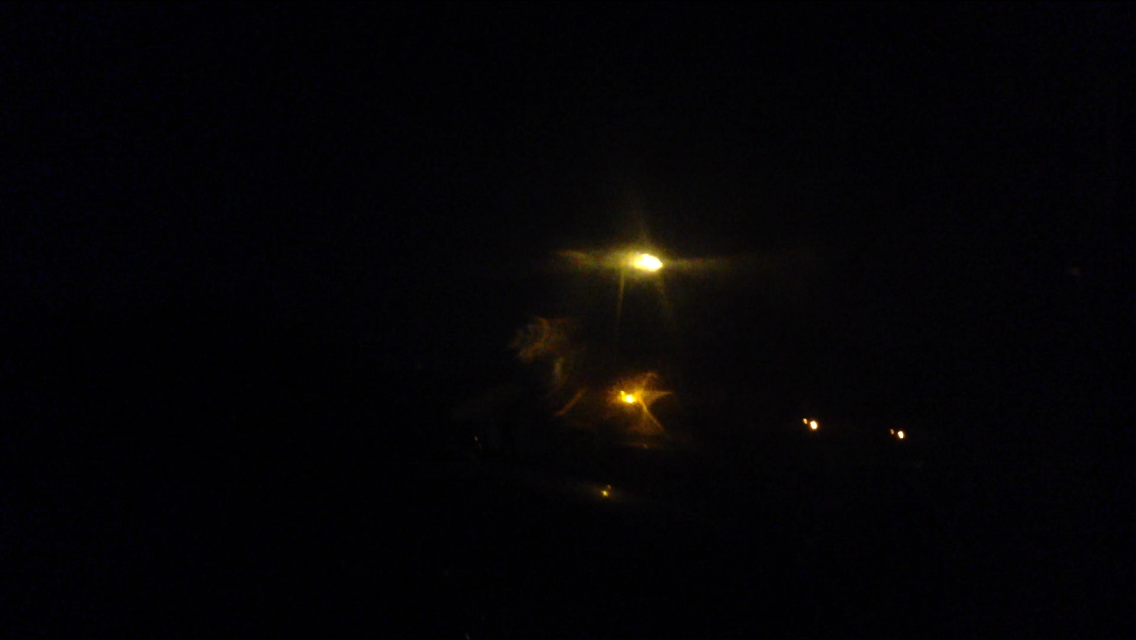 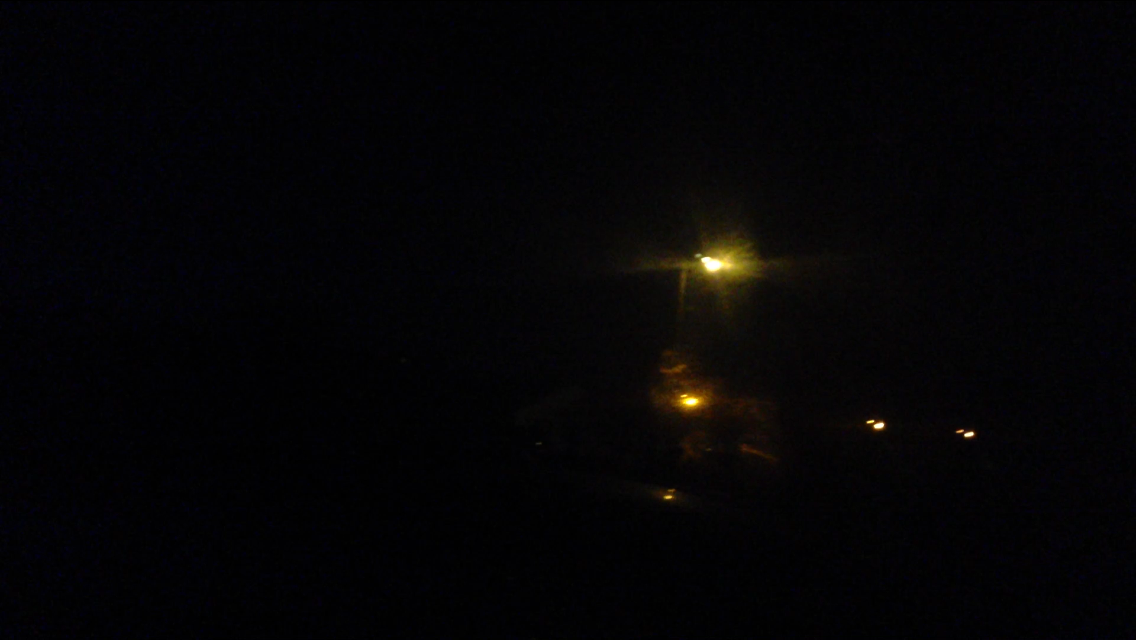 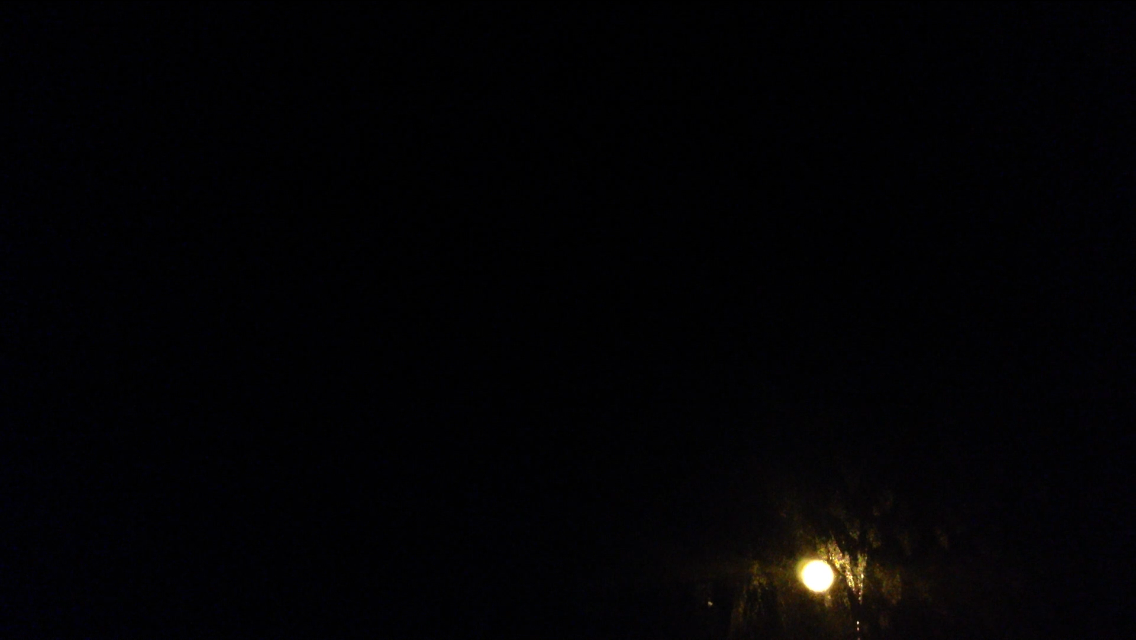 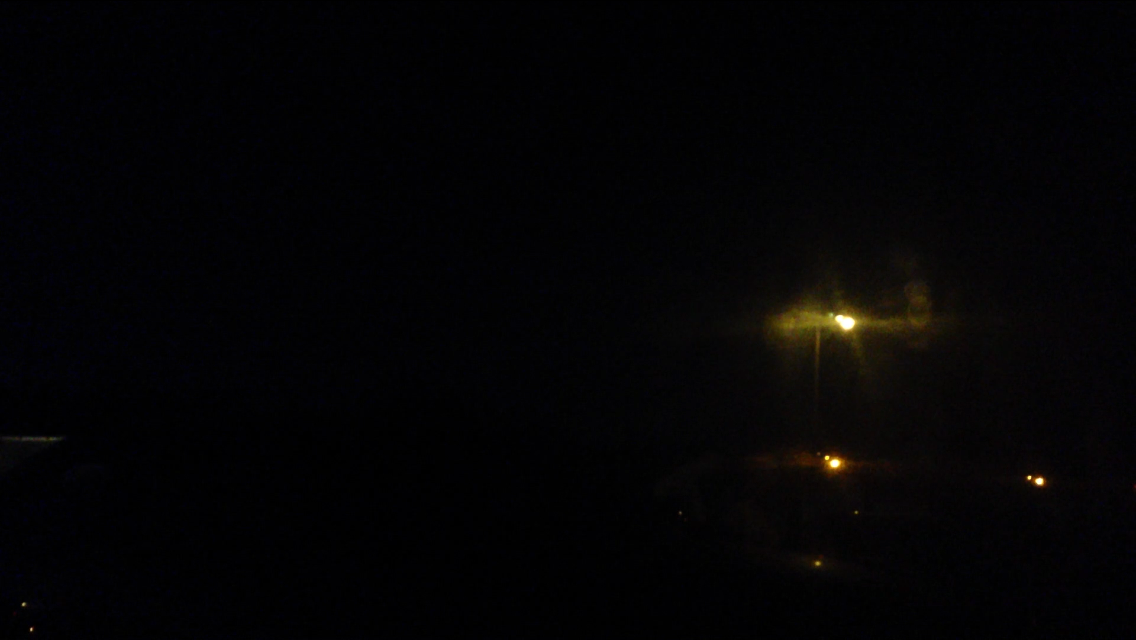 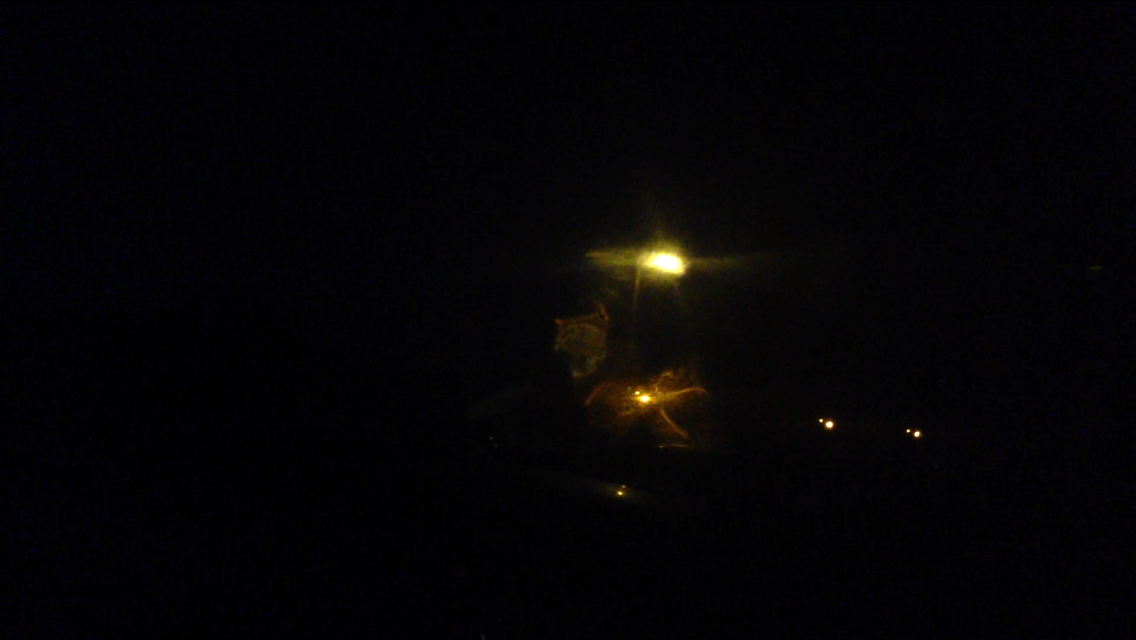 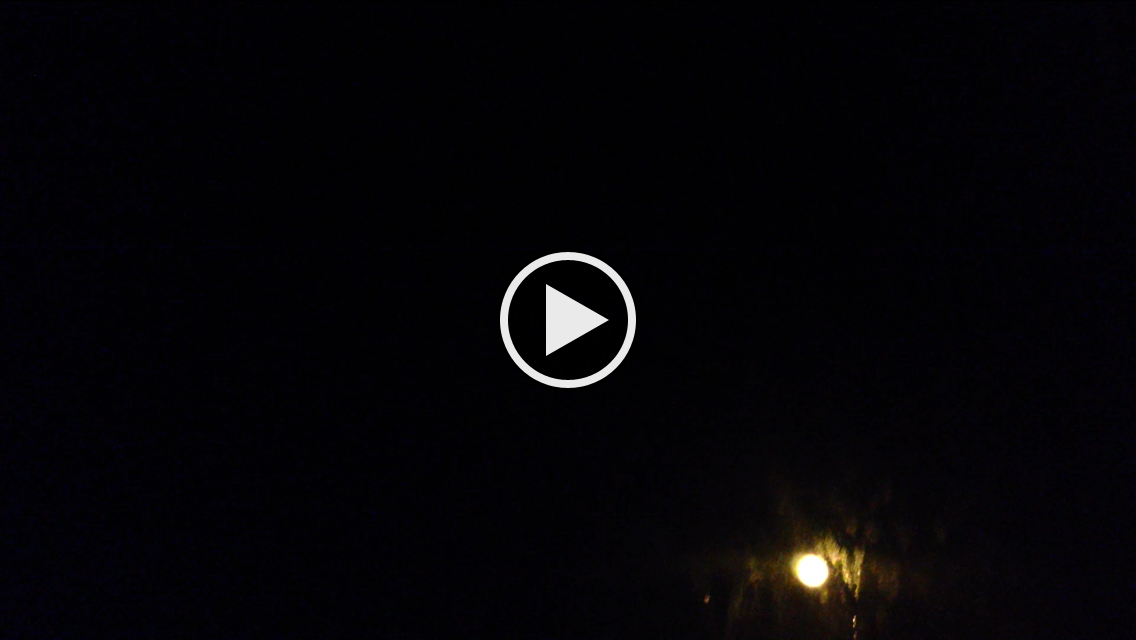 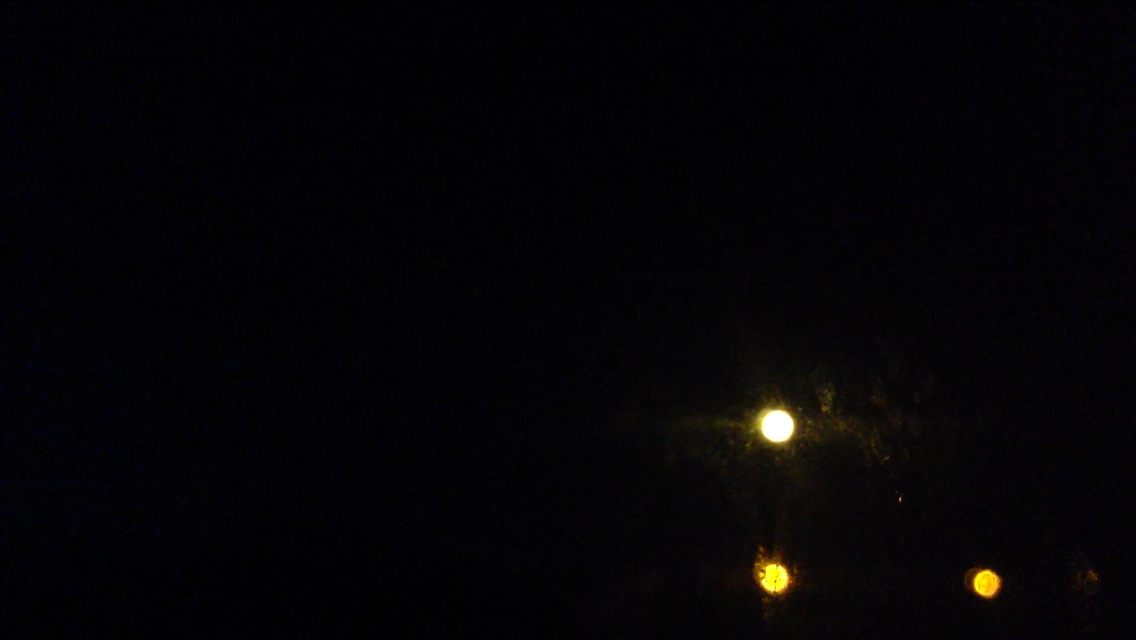 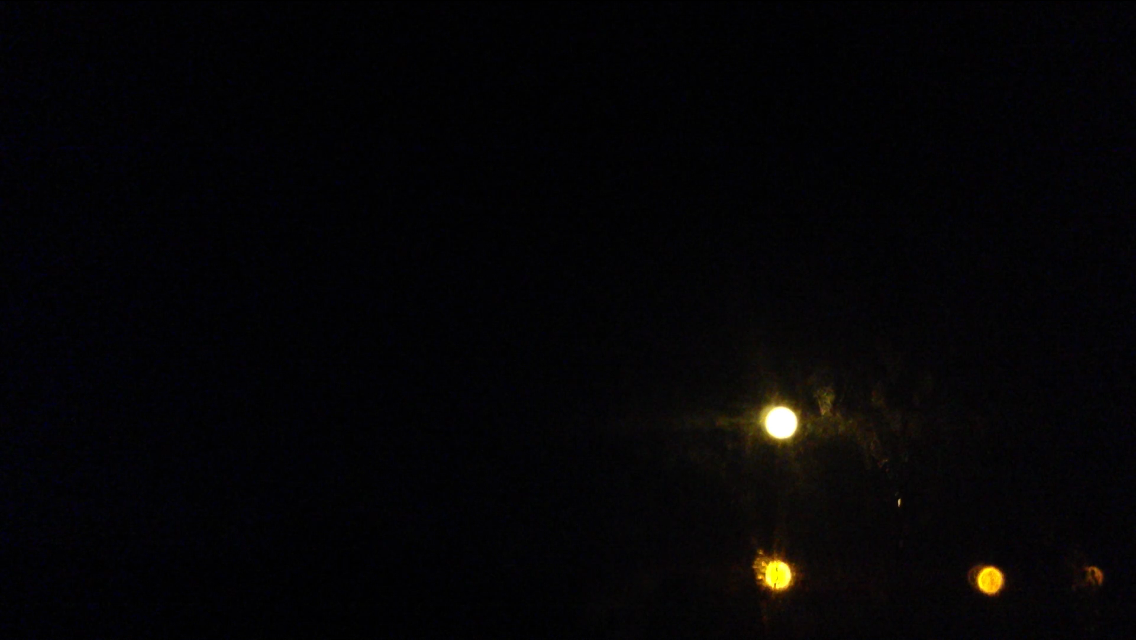 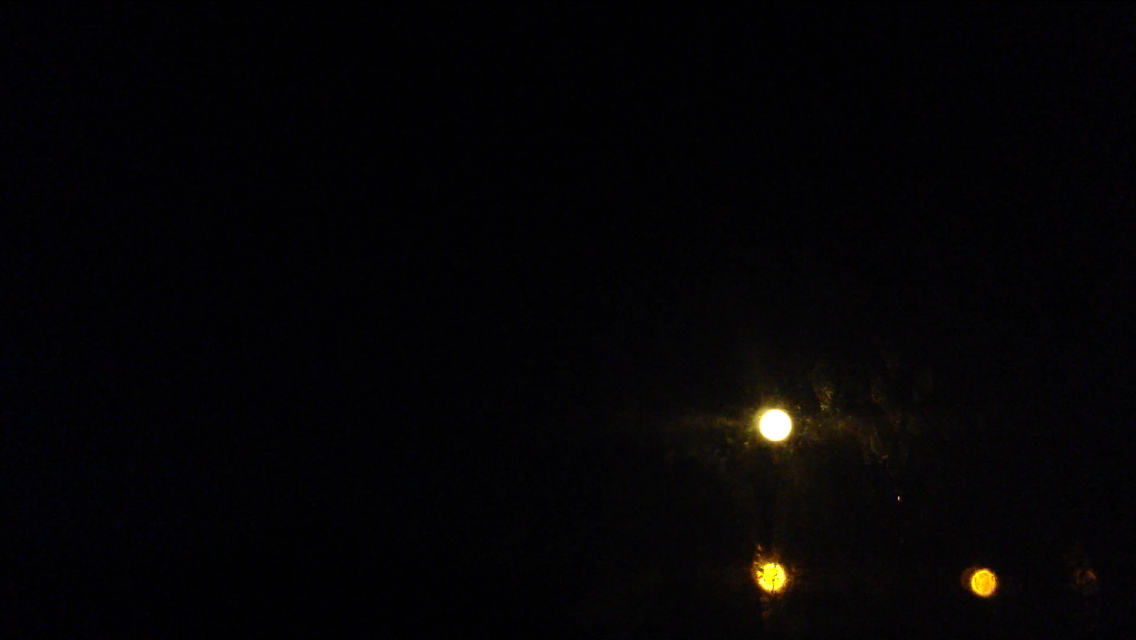 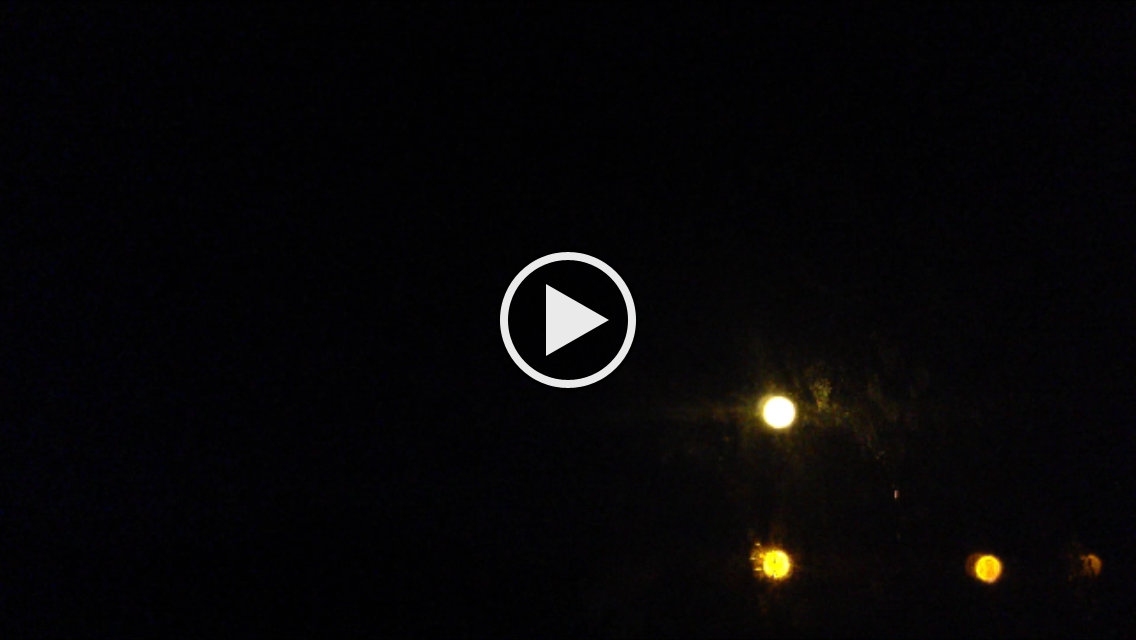 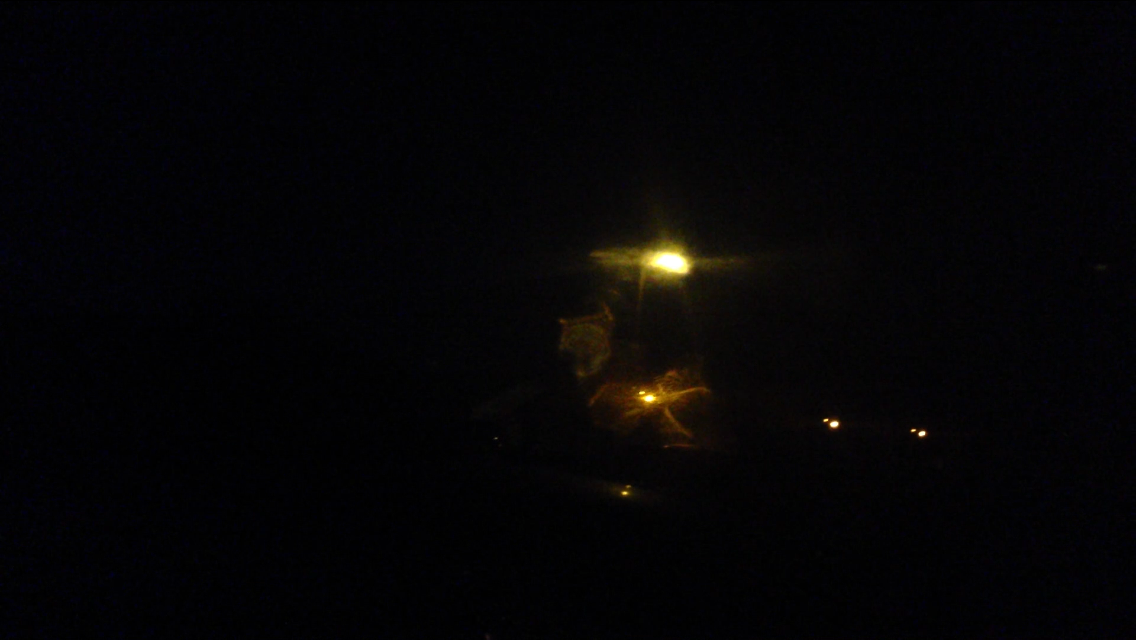 Under my bed--sideways--a demon with a white painted face and red hair (I have no idea what the name of the hairstyle is): 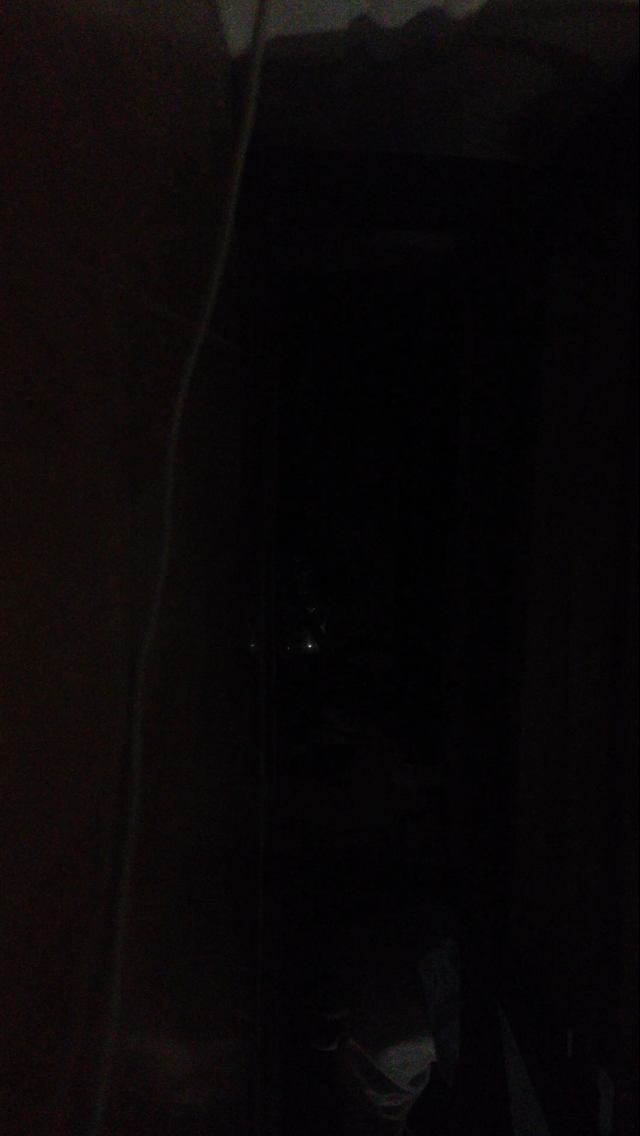 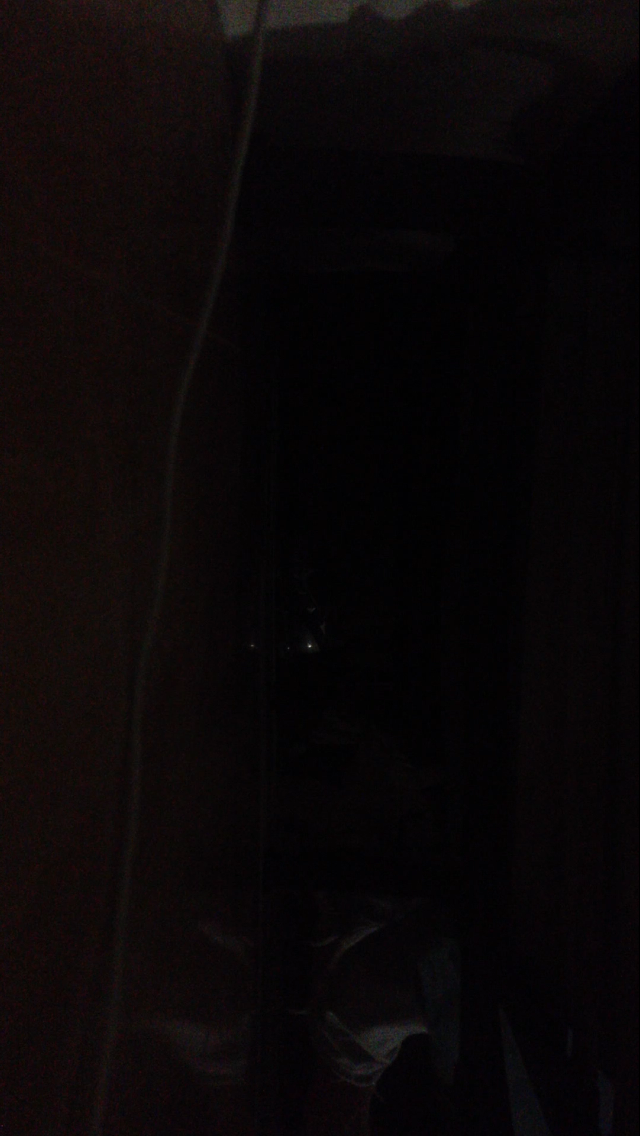 Why sideways? I can make two guesses based on things I've seen:

It could be his orientation from his point of origin (he's obviously not fully here, which is why he's stock-still); I noticed that hobgoblin demons exiting a hyperdimensional portal located on the floor stand horizontal at first. I was thrown through one in my bedroom ceiling as a kid also horizontally, meaning that wherever I was going (and wherever this demon was coming from), the orientation there relative to our vertical is horizontal.

He's blending with an object (although with what, I don't know); in order to align the shape and color of his face with the object, and to position his facial features over similar contours on the object's surface.

Painted face demons not uncommon, called 'Juggalo demons'
Demons that paint their faces (or that have painted faces are not uncommon). The first painted-face demon I captured on video was shown in VIDEOS | Juggalo Demon (finally) caught in-the-flesh on video, and was dubbed a Juggalo demon: