The original, uncompressed version (and only posted copy) of Skull Demon Perched in Backyard is added to the Demonic Activity Video Timeline calendar on May 8th, 2012, at 1.14 PM. 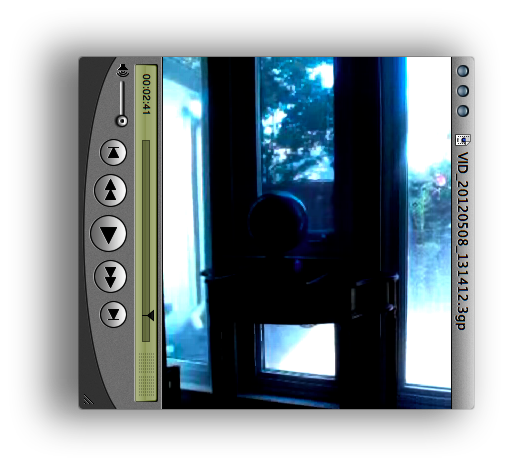 Use Quicktime Player to see clearly what media-sharing websites, such as YouTube, Vimeo and Facebook, render virtually unwatchable by compressing video files stored on their servers.

Yesterday, I helped a friend with his housekeeping business. While I was at his client's house, the tell-tale signs of demonic activity began to occur, and, as always, I turned on my cellphone camera and began to scan for signs of demons and demonic entities.I wasn't disappointed. Outside a living room window, a skull demon was perched in the side yard, looking inside the house; it was blended with a rose bush.

It was taken during a demonic attack that originated at 5821 Castano Drive, in San Jose, California. There, I was assisting Long with his housekeeping business. Their presence can only be explained one way: they simply don't want income to reach me. That would break their home turf advantage, they claim ("Nobody goes out of bounds while we're involved," is what the Voices Demons have said repeatedly).
The video from which the skull demon photo originated can be downloaded from MediaFire.
By James Alan Bush at 5/09/2012 07:02:00 PM No comments: