Love thy neighbor (from Hell)

Somehow, I'm not surprised to find myself one of the most viewed writers in the Demons (supernatural beings) category on Quora: 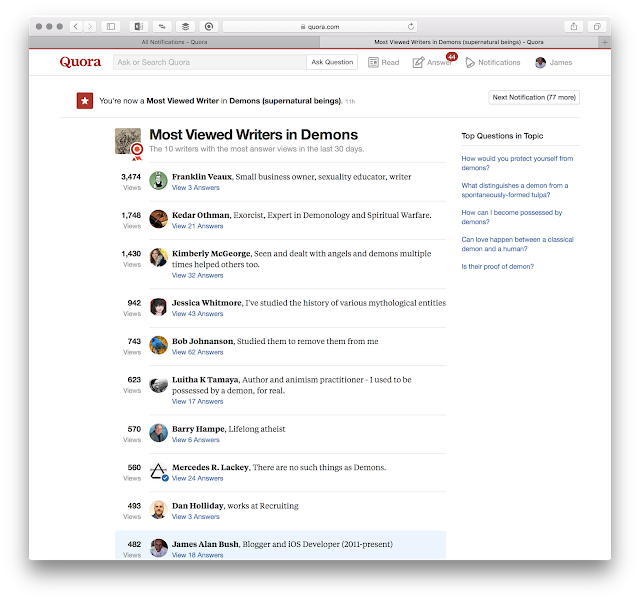 I'm pretty passionate about the topic, and not just because I'm integral to their industry in this world as the Door. Exploring strange new worlds, and seeking out new life and new civilizations, boldly going where no man has gone before—or at least this man—is fun, even in the face of all its vagaries. That passion has a way of finding itself in places you wouldn't expect to find it, such as advice on how to handle a bad neighbor. Nonetheless, that's exactly where I stuck it a couple of days ago.

My advice on handling crazy neighbors in a world plagued by demons is as sound as it is unique; even still, I wonder what Dear Abby would say, were she alive today, to this Quora reader, who answered this question posed by another reader: What is something crazy your neighbor has done?

After reading his answer, intuition told me there might be more about his nemesis than meets the eye. First, here's what the answerer said (my response follows):


This saga begins around 3 years ago. My neighbor Is a compulsive liar and all round weirdo. I asked him to move his big fancy BMW as he has an entire car park at the rear of his property but liked to park it out the front, taking up 3 car spaces just so everyone knew it was his. We had absolutely no off street parking so his ridiculously long car, and the way in which he parked threw the rest of the street out with parking. After asking him to park his car at the rear he appeared ok with the suggestion as he had no reasonable response as to why he couldn’t park there, but was a little cold towards me. This encounter happened at the local pub so I shrugged it off and enjoyed my beer.

The following Friday I head to the same watering hole and was pulled aside by another friend that informed me the neighbor, lets call him Sam, had been there telling everyone I was doing drugs and beating my partner. (If you knew me you would know this is so far fetched it’s unbelievable!). I waited until Sam came into the pub about an hour later and with several people there that he had said these things too (Sam was already not well liked). I confronted him about the awful things he had said and asked him why he would make up such things. He stared at myself and the other people, called us all liars, denied everything, told us we were all f**ked, and left.

3 days later my real estate call and tell me there has been a massive complaint of that neighbor about me trying to get me evicted. Luckily this didn’t work as they knew everyone in the street had already had issues with the neighbor.

1 week later, the neighbor puts up security cameras all focused on my house.

2 weeks later the whole street is abuzz with excitement. Is it a bird? Is it a plane? No it’s a….. Right out the front of my house! 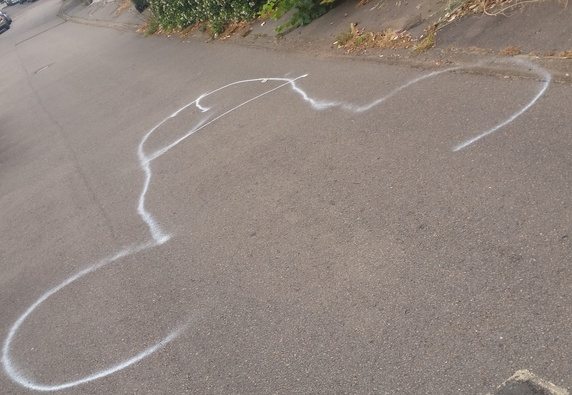 Sam then proceeded to tell everyone that I had myself done that nifty bit of art out the front. Nobody believed Sam. I told Sam I wished him all the best for his life but from here on out not to talk to me or my partner or about us and we would do him the same diligence. Fast forward to barely even seeing Sam for a full twelve months and one morning I get a random text message asking if I still sold homewares, how beautiful they are, and can they order some. I knew it was Sam’s number, as in the past, pre move your car he had placed orders with me. I blocked the number and didn’t reply as I didn’t want to open a dialogue.

3 days later: 4 empty pot plants were thrown at my car.

8 days later: we got security cameras.

No doubt I will be updating this story soon enough. Some people never quit. Also, to people wondering why we don’t move. We love the house and the area and I don’t give into bullies.

UPDATE: Ok. So it has been a little while but to keep you all informed several weeks after the pot plant incident occurred my partner and myself got news from the real estate that our house was going on the market to be sold. We wanted to stay in the area so started looking at houses close by.  As soon as the for sale sign went up we started to see Sam everywhere looking smug and had heard as usual he was telling everyone how happy he was we were moving and he wouldn’t have to put up with us or our shit anymore. (oh yes always the victim is Sam). What Sam didn’t know is that we had applied for a beautiful house on the corner of our old block, much better than the old house. Our close friends that knew how badly we wanted this house kept it a secret as we all knew if Sam found out he would call the real estate (it was through a different real estate) and start trouble again.

Finally after a 4 day wait we got news we were approved for the house and could sign the lease the following week. Moving day came and even though we were only moving a block we hired removers for several hours for all of the heavy large items and moved the small items ourselves. We started early and saw no sign of Sam. Our new place is bliss, the house is huge and thank god our immediate neighbors are really lovely.

Fast forward 2 months and I had managed to only see Sam once briefly, walking into the pub and had just ignored him. At this point Sam has upset many other people and has been kicked out of the local pub a few times so is more frequently hanging out at a venue in another suburb where people don’t know him yet. I thought I was finally free of him and his bullshit until last Monday night….. I was cooking dinner (our kitchen window looks out onto the street) and suddenly felt like I was being watched. I caught movement out of the corner of my eye and turned to look out of the window…. There was Sam with a horrible smirk on his face waving at me, He was carrying a large bag of god only knows and when he heard me call my partners name promptly turned and walked away. This is incredibly creepy, not only for the watching me through my window factor but because the way my neighborhood is mapped out Sam actually had to walk past the front of his house to get to my place and try to frighten me only to walk on past the side and front of my house to then go to the rear of his property. He actually went far far out of his way to do that! freaky dickhead. Anyway that is it for now but I will update with anymore events.

There were numerous other responses to this question, all of which took a similar approach, each relaying their own personal experiences with their respective neighbors-from-Hell; but, of all of them, this is the only one that struck me as...familiar.

Anyway, instead of relaying one of my stories, I spoke directly to this one, suggesting reconsideration of the assumption of "crazy," and proposed "beleaguered" in its stead. Here's what I said:


All the answers to this question are very interesting, and I like how everyone tries to keep a little humor about their respective situations.

Let me advise, though, that these days, it's more often than not an external factor that drives a person's bizarre behavior — not so much a bad psyche as once may have been more likely the case.

Before I suggest a possibility for it, let's first consider a few key facts about the antagonist who spray painted a giant dick on the street in front of someone's house:

These three things alone tell me everything I need to know about his mental health—it's solid for now.

What I sense is an antagonist on his end of things—something others can't or don't see, but looms large in his life. There are such detractors in this world that can work a man day and night, for years on end, and can't be stopped or avoided—or detected by others (yet).

What that eventually does to a man is it makes him hyper-reactive. He sees slights where their aren't, or where they are minuscule, and attacks them in a way one might if their survival were at stake.

If you knew the kind of evil I’m describing, you’d totally understand; if you don't, you never will until you meet it for yourself.

But, until then, consider this: approach him with this, and ask if he’s ever heard or seen anything like it:

The Life of a Demoniac

Here are some of the faces behind the kind of evil I'm talking about: 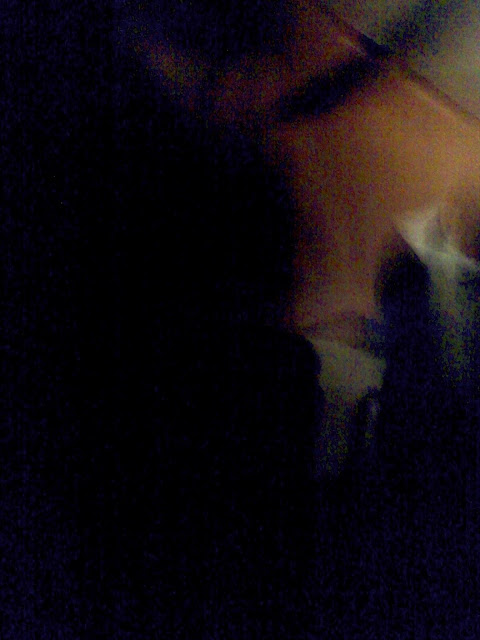 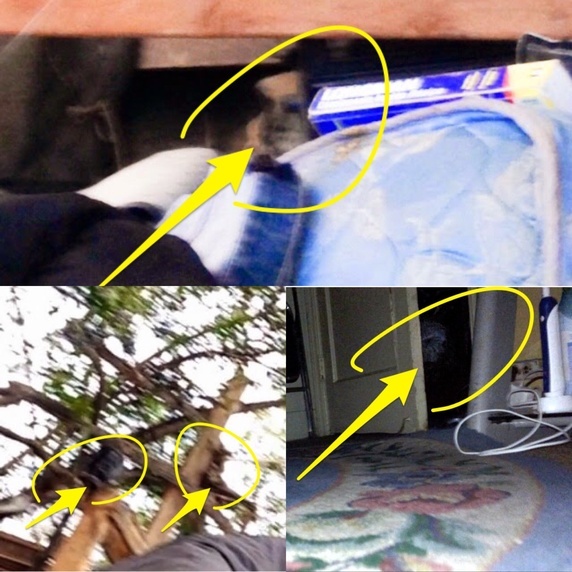 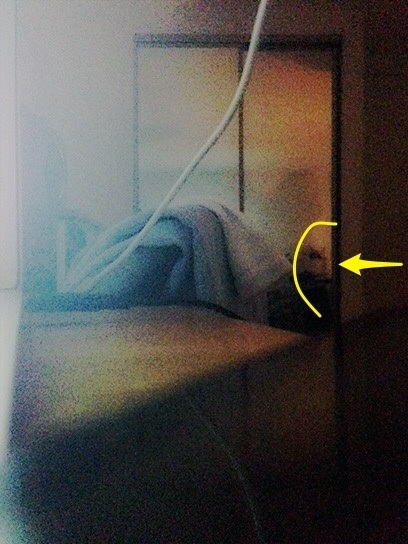 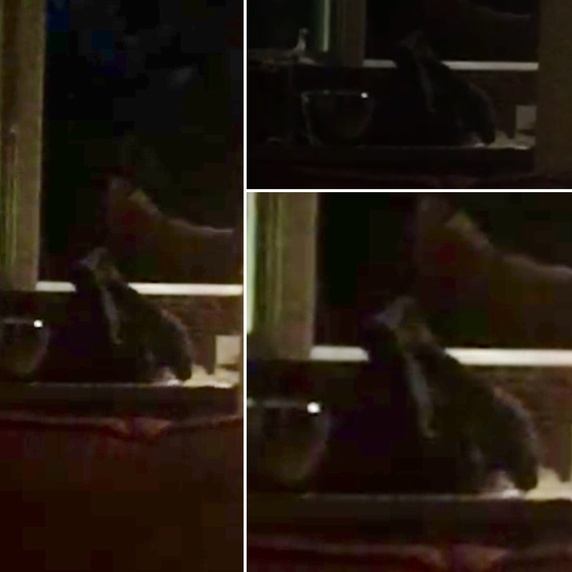 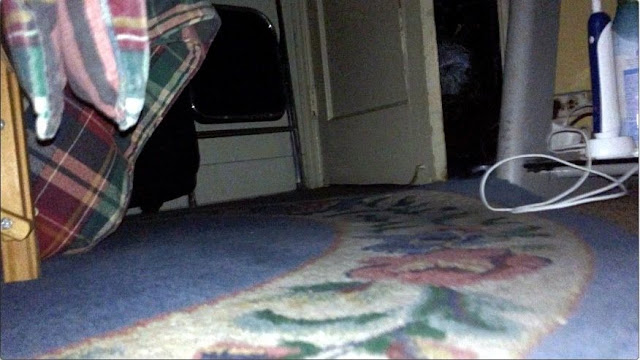 If you think your neighbor has this problem, I'm available 24/7 via Facebook Messenger by scanning this code: 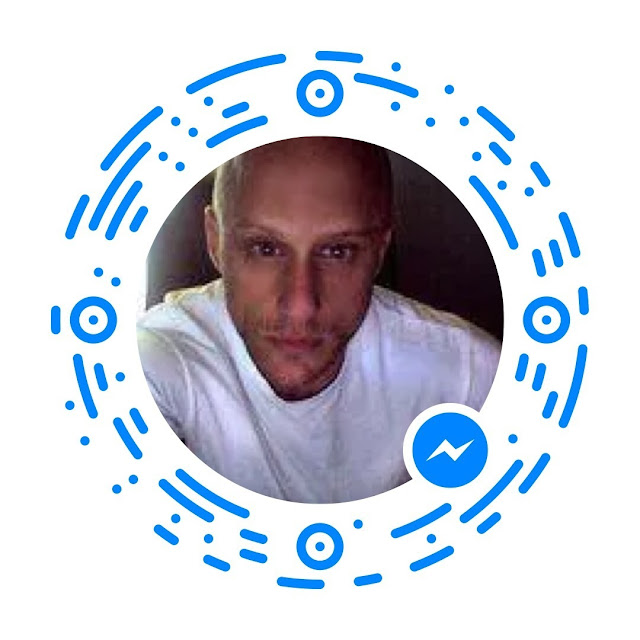