This is a post-in-progress, but, when finished, will be similar to others that show pics of a demon's face where mine should be, as in, for example, The most comprehensive collection of demon-possession videos in existence and PICS | The Desktop of a Demoniac. It was captured in the same way as the numerous other pics showing the same, which is adequately described in posts providing instructions for capturing inner demons yourself using open-source software and any video camera that uses a CCD sensor.

Here's such a pic taken just today, which was captured by the iSight video camera on my MacBook Air as I rounded a corner and into the room in which it was set up:
Most of my body is blurry in the pic—I'm moving; but, the face is definitely distinct enough, as well as very different from mine, and has all the hallmarks of an inner demon, save the usual splotch of red-, purple- and green-colored skin.

I'm going to add more still frames from the video in which the one above was taken, and of which there are at least half a dozen different demon faces among them [see VIDEO | Demon shapes scarf into multiple variations of face on-the-fly]; but, until I do, if you're new to the concept of capturing this type of demonic activity in digital media, read how being near surfaces and in-motion reveals a possessing demon in Demonic Feng-Shui [under Effect of interplay between objects' surfaces and geometry and light and shadow] and also search for camera/subject in-motion effect on this blog.

Here's one such still frame, which I believe is an entirely different demon (but could also be the same one, and in mid-morph between my face and his):


Check back for more like these two soon, as well as several morphing-hands-and-arms pics, similar to the one posted in Close-up of tendril-firing demonic hand weapon key for finding possession victims (but, of lesser quality). 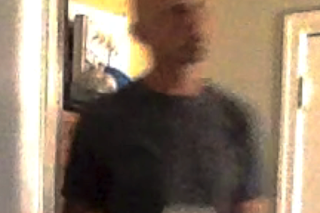 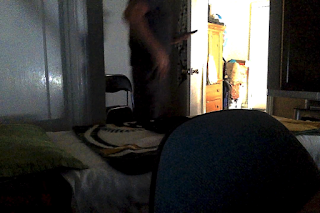 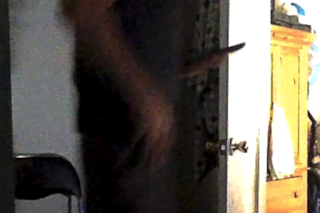 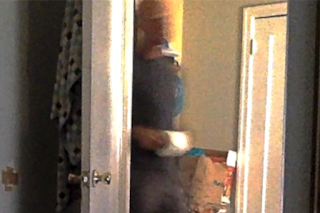 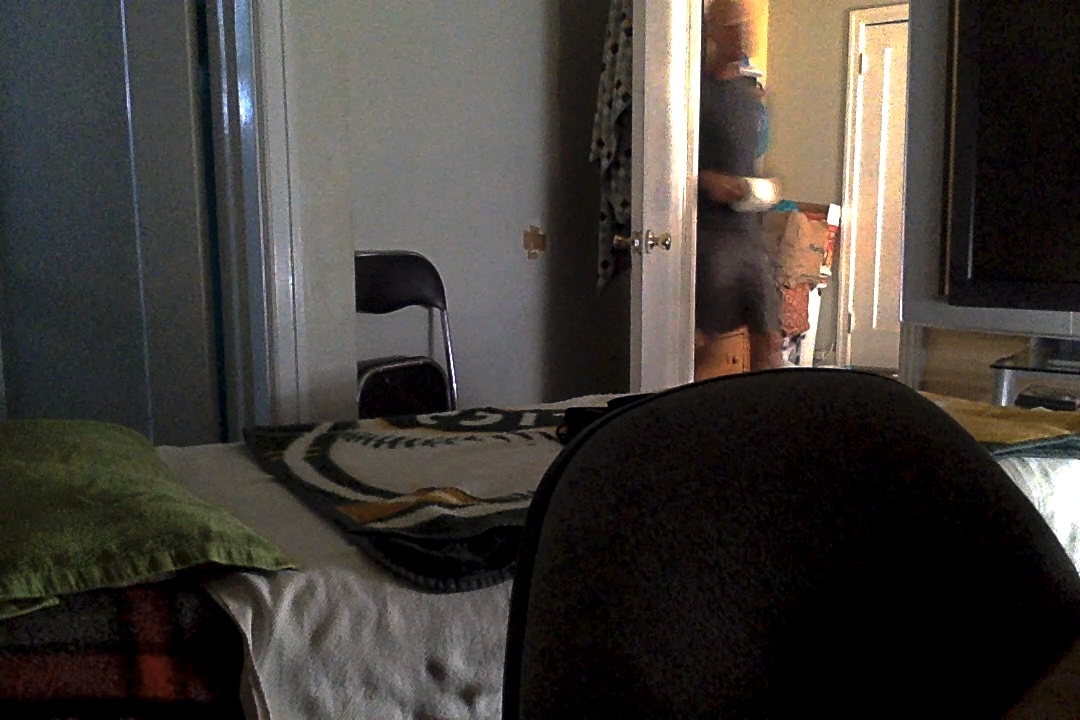