Processing a year-old video made during one of the hundreds of anger management rituals with my new chroma-filtering video-processing scripts (see below) shows the participation of thousands of demons and their people in these around-the-clock campaigns of harassment and torture, which sometimes last for up to a week.

In one of the more recent of these, a giant hole was ripped open inside my armpit, as shown in VIDEO | Hole opens in left armpit [see also Clandestine surgical mutilation uncovered via demonic-activity video filter]; in another, certain body members were detached, and then reattached [see PIC | Penile mutilation inadvertently discovered in video]. During the latest, demonic radiation was poured from a wall adjacent to my bed, as shown in VIDEO/PICS | Sucker demons buzz camera, poisoning by radiation (finally) captured on video, something I now know to be more frequent than previously.
The January 2014 video that is the subject of this post was made on a light rail ride through San Jose while pointing my iPhone 5s out a window. In its original form, it reveals nothing out of the ordinary; however, after processing, there is hardly a frame that doesn't have at least three—if not a dozen—chroma-masked demonic entities, some in possession of trees, buildings, utility poles and, of course, people.


From it, I have a much larger sample of demon blending and hiding and dwelling places, which will help determine which demons are found where; it will also help me determine the extent of their fourth-dimensional abilities, and, consequently, their power, influence and standing in their—and our—world.

This can be determined, in part, by how (and how often) a demon blends with its surroundings (the more complex, the more powerful the mind). Some of the specific factors include:
The video is viewable on any mobile device on which the VLCStreamer app is installed, as described in TECHNOLOGY | Demonic-activity video stream; tween-frame video filter:

In it, there are over 1,500 still frames, many of them showing demons and/or demonic activity of some kind:
You can view each still frame on Flickr; and, you can preview the video on YouTube later tonight.

Other videos showing demons and the light rail can be seen in VIDEO | Cloaked demons rushing light rail car during anger management ritual. 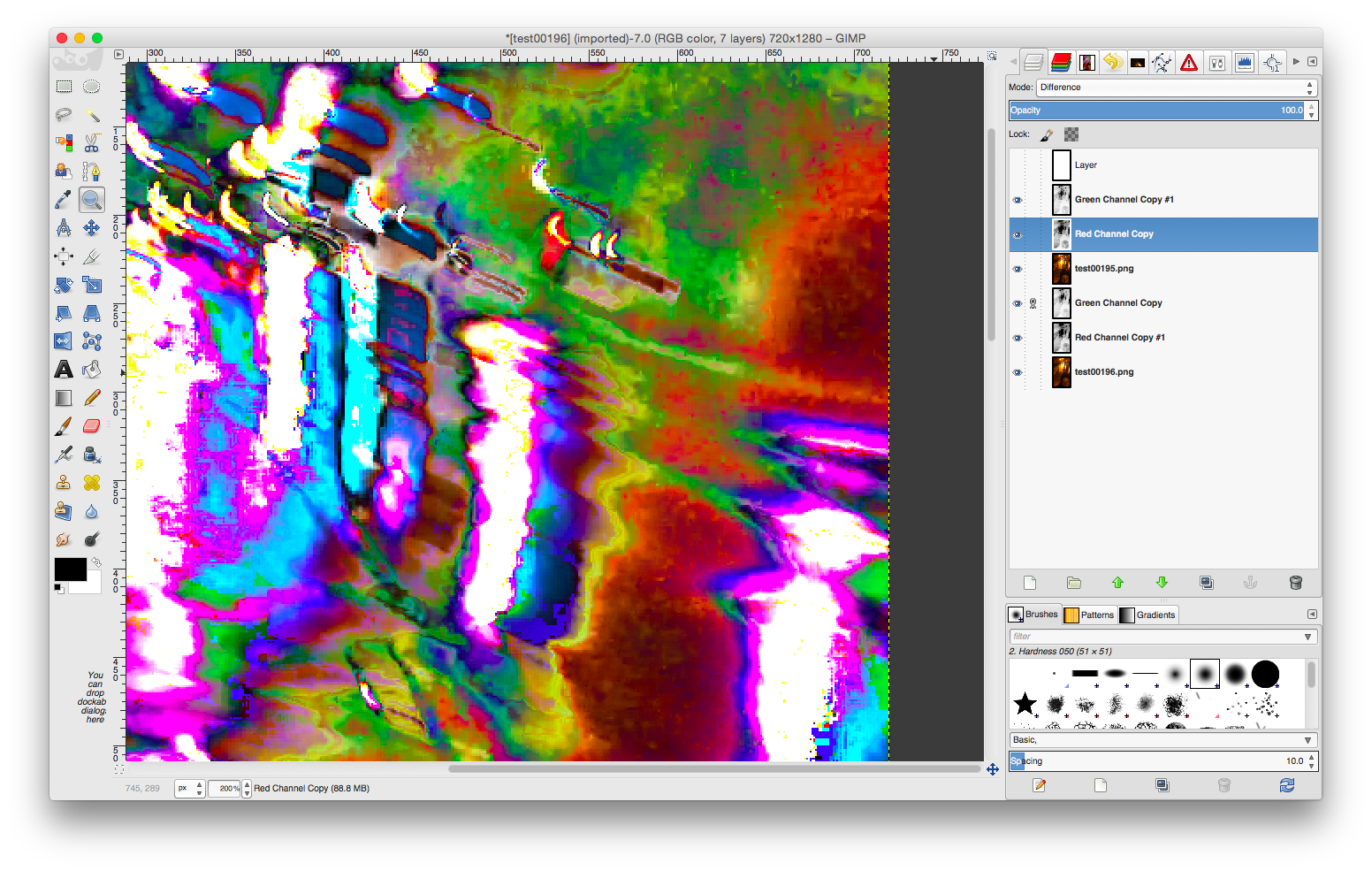 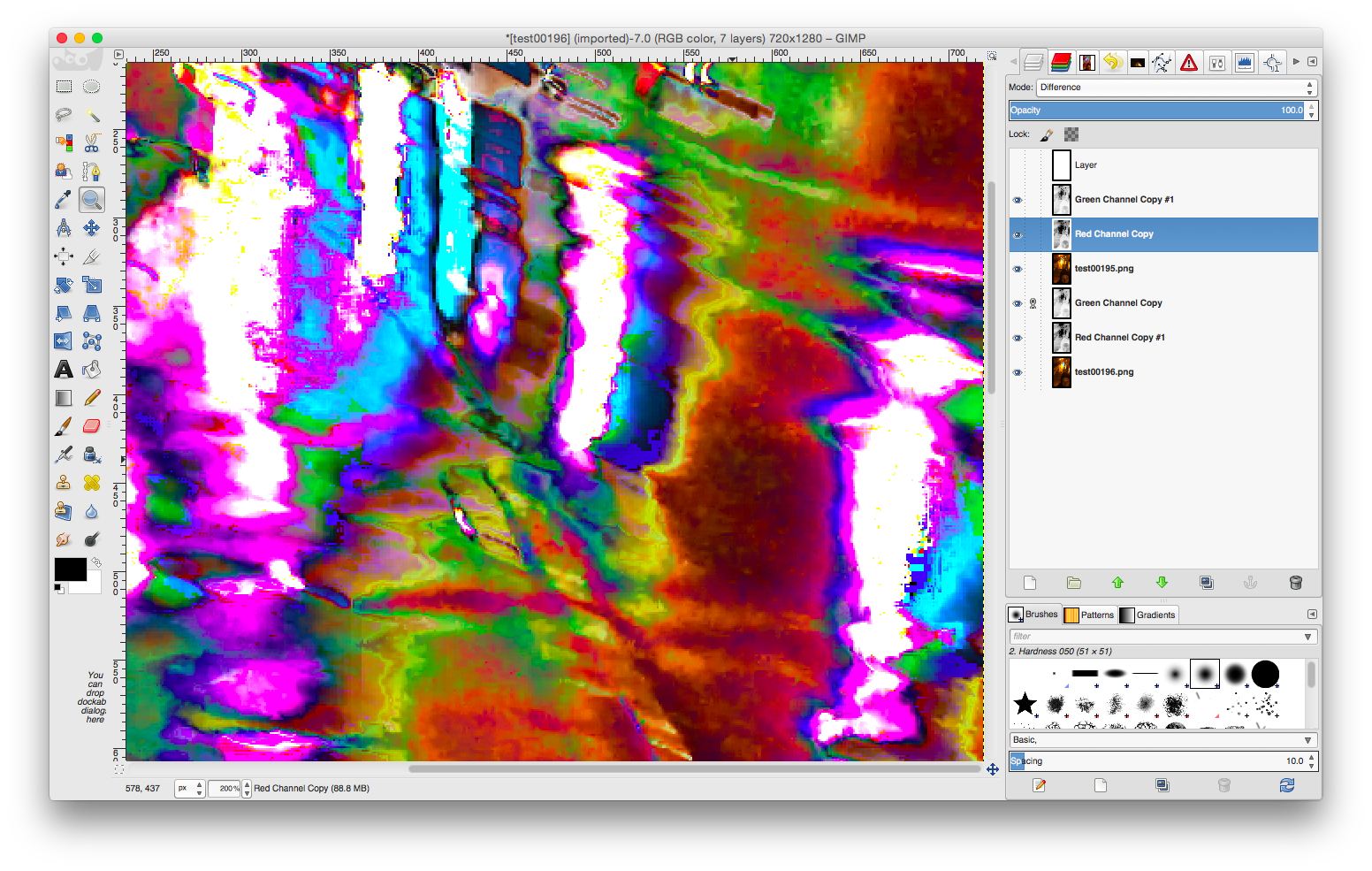 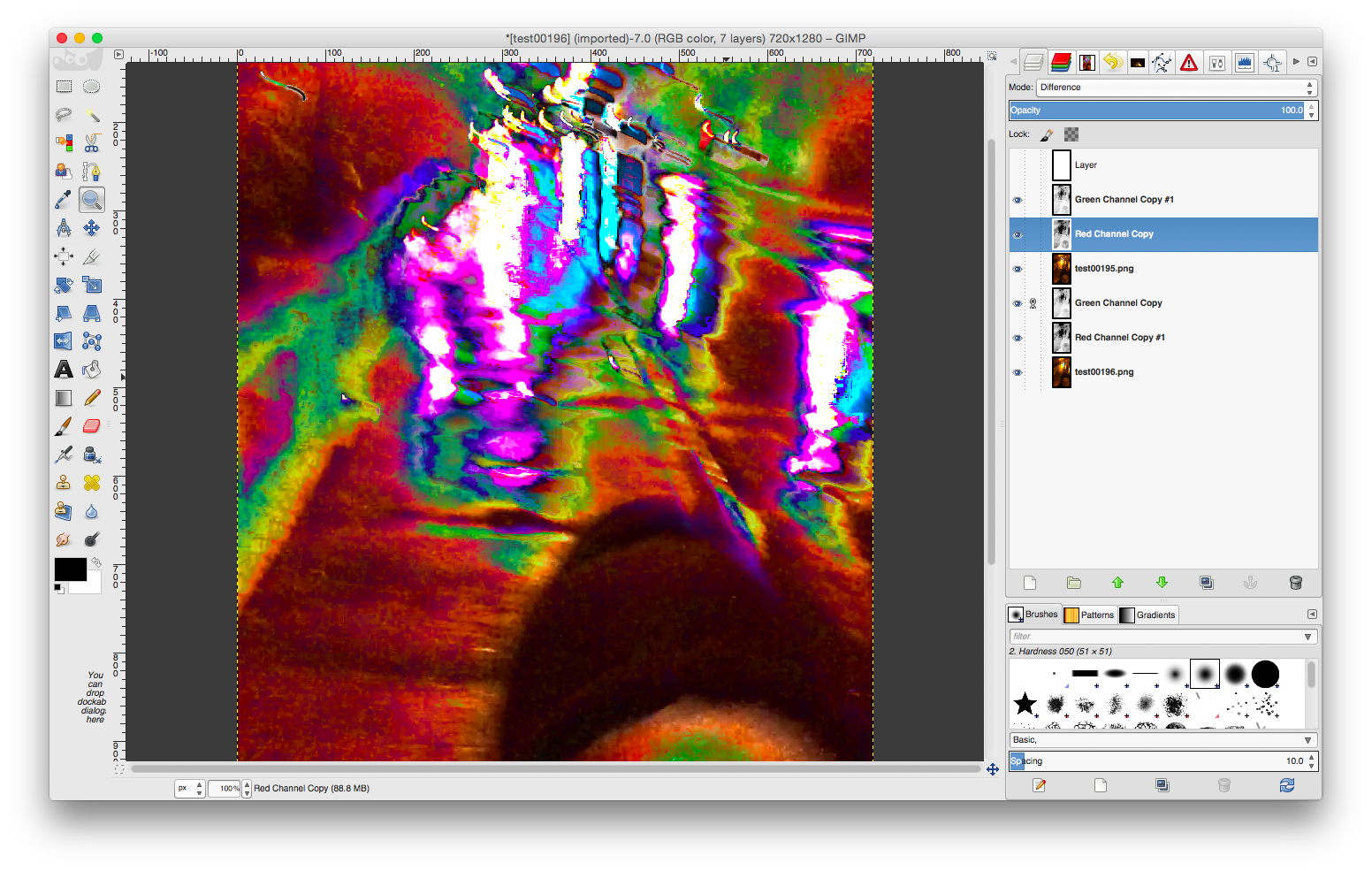 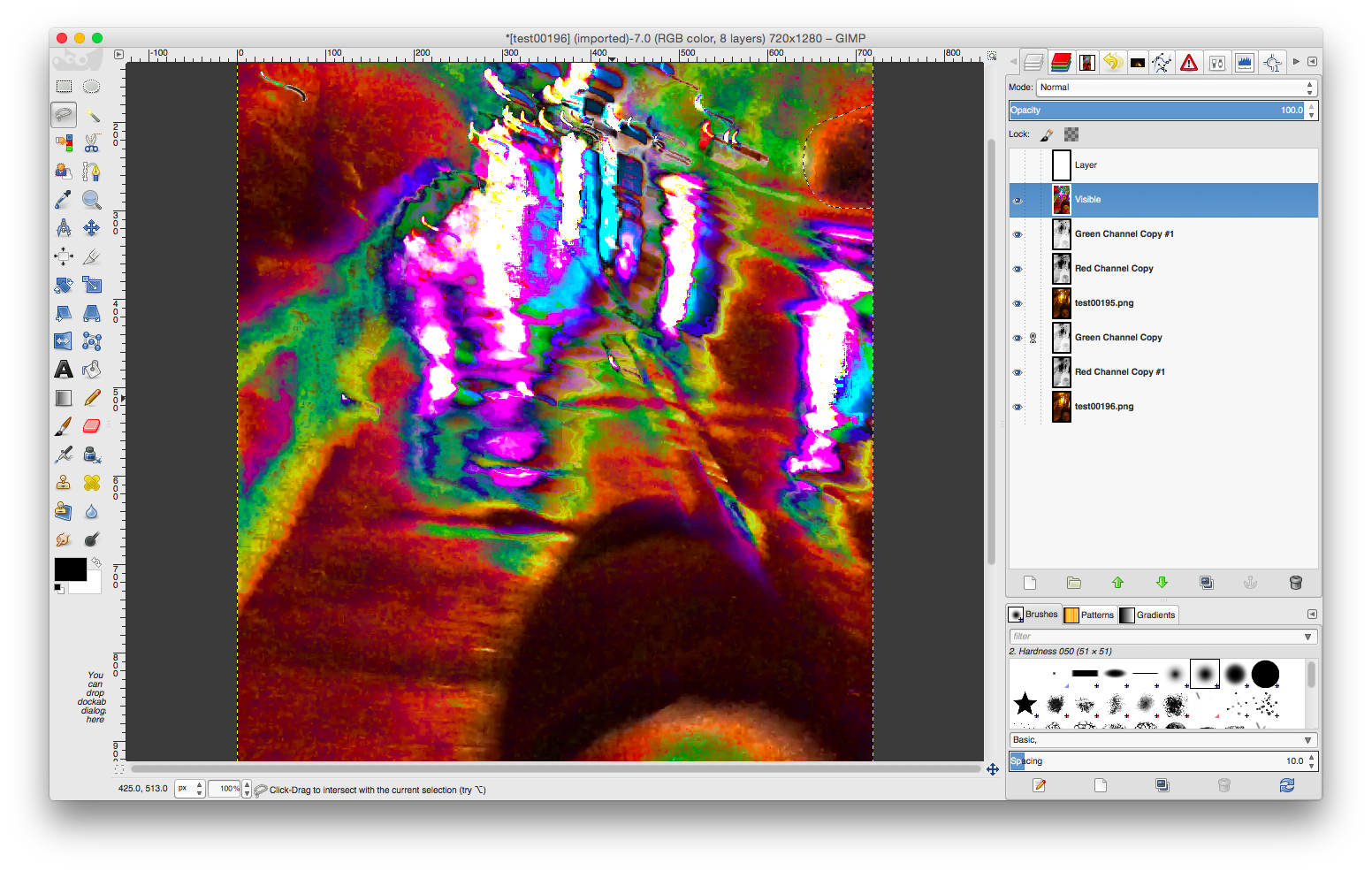 Coming up...
The video also proves various physics theories pertaining to light, which speculate as to how invisible demons are made visible under certain conditions, and why shooting video from a moving train is an integral part of those conditions; more on that later tonight.
By James Alan Bush at 1/14/2015 05:43:00 PM No comments: Links to this post

Two years ago, I took a gander at how sucker demons fly in SCIENCE | Sucker demons fly like some fish swim; now, I may find out for sure; plus, proof on camera of demonic radiation flooding my bedroom at night, a significant, yet unacknowledged, part of the around-the-clock physical torment.

Sucker demons are tiny, and demonic radiation is mostly transparent; so, as with all videos posted to this blog, set the playback quality of the one in this post to 720p—and no less—keeping in mind that this won't always be necessary, thanks to incredible advancements in the image-processing filters now being developed that highlight fast-moving, semi-transparent demonic activity in nighttime and in-the-dark videos, as shown in the next post, .


Guessing as to how a demonic worm oscillates its body in such a way as to afford it flight is coming to an end, thanks to the recent—and inadvertent (but most welcome)—acquisition of video close-ups of sucker demons as they buzzed my video camera late last night. With just a little bit of image-processing, still frames like the following may reveal exactly how these snakes slither:

This is the first and only video suggesting new opportunities for advancements in the science of exobiology specific to a single species in quite awhile. In other videos, such as the one shown in VIDEO | Sucker demons launched into home by demons, their people, the sucker demons either fly too fast past the camera or are too far away from it too see just how the flying is done. That's probably because it's usually obvious I'm recording with my iPhone; but, lately, I've been resorting to old tricks like the one described in VIDEO | Latest imp demon video makes second demonic incursion in broad daylight. Insodoing, I was able to capture the following:

More discoveries like these are likely, now that recent advancements in the procedures for detecting and imaging cloaked demonic entities are finding their way onto the common-man's desktop and mobile devices [see Clandestine surgical mutilation uncovered via demonic-activity video filter].

The significance of the presence of sucker demons cannot be overstated, as clearly demonstrated in Demonic bombs, noggin' crunches and flying demonic snakes for breakfast, which shows images of sucker demons nesting in my temple, mutilating my face in-the-ether in the process, and also in VIDEO | Sucker demons swarm eyes, face to blind, disfigure, which shows sucker demons caked all over my face and head, and even oozing out of my eyes like tears.

This form of near-constant torment has been ongoing for years [see PICS | Torture by sucker demon], and the injuries are becoming debilitating. In most recent videos (not yet posted), they can be seen swarming not only on my face and head, but on my knees, feet, and hands, where arthritis-like stiffening and pain are significant—and that virtually overnight.

My eyes are also a near-constant target, an expectation since it was announced that I would eventually be blinded by the Voices Demons and their people. Substantial visual impairment took a long time to come, but came soon enough.

Demonic irradiation also captured on video
If the-worm-that-dieth-not wasn't enough, then surely is demonic radiation—a demon's Flowers-in-the-Attic-style approach to gradual—but untraceable, undetectable, unexplainable—poisoning someone slowly to death. Even though untrue, the Voices Demons and their people have made, are making, and vow to continue to publicly attribute the effects of demonic irradiation to HIV disease issues—the phrase used by Voices Demons, which is substituted with AIDS by their people.


NOTE | AIDS is also the verbal command demon people speak aloud in the presence of their targets in order to signal the target's demons to attack with demonic radiation; weapon-launching keywords were first discussed in Sucker demon-possessed shoestrings attack legs on verbal command. A demoniac is always loaded with demonic weapons fashioned from commonly worn items, and those embedded in their skin and bodies; and, not only are they in danger, but they are a danger to anyone in their vicinity, as weapons stored on (or in) a person so afflicted can be launched at any target by a demon or demon person.

Fortunately, the combination of an ultra-sensitive CCD camera sensor in iPhone 5s, a poorly engineered camera app (Dropbox's new Carousel app for iPhone), as well as just the right lighting and distance—and, of course, timing—afforded a relatively good look at a stream of demonic radiation flowing from a wall adjacent to my bed (left to right), as shown in the first scene in the video above.
By James Alan Bush at 1/14/2015 03:55:00 AM No comments: Links to this post