The miniature Spectre-of-Death demon of pillow pulling and shaking fame was captured again on video at the Martin King Luther King, Jr. public library today, this time pulling on my camera's USB cable instead of my pillow. Well, not exactly; but, he could have. He was that close.

In this new video clip, he does the same thing as he did in the first video; jumps straight up, and then falls back down. This time, however, he flits off to another side of me in a blur, instead of pulling and shaking anything.

DOWNLOAD | The source video from which this clip was taken [MediaFire (45 MB)].

I don't know if he came up by my elbow at the same angle as in the pillow video to be cute, or if it was another one of those demon-magic coincidences.

As I already said, this demon was first seen in Miniature Spectre-of-Death Demon Pulls and Shakes Pillow, in which he jumped up from behind my mattress and pulled and shook my pillow.

For the past couple of weeks, both the Voices Demons and, now, their human counterparts have been warning of impending violence against me.

Over the years, warnings have been sent to me in various ways, but they are mostly sent in the form of still frames, which can only be seen in you skim a video frame-by-frame.

In the still frame below, the left side of my face is stitched back on, and it is swollen; also, my left eye is blackened and swollen shut:
I wouldn't think much about this still frame saying what it does without the warnings, and without the repetitive use of this warning/intimidation tactic.

Other still frames of note, which I no longer have:

SCIENCE | Peering into the fourth dimension of overlapping space

They are everywhere during periods of high demonic activity, such as today; all you have to do is pan your videocamera over an area where either chroma (color noise—red, blue and green points of lights floating in the air) or clicking and popping sounds are constantly occurring, and then skim the video frame-by-frame.

See how many you can find in these still frames, which were taken from VID_20120716_182633.3gp; this is extremely challenging if you don't know what you're looking for, particularly, because demons blend in four dimensions—they are one-on-top-of-the-other.


Here's a brief description of each demon highlighted by a red arrow, which is provided in order to help you see them better:

NOTE | Almost all of the demon faces in the tree are looking down at the same angle and smiling.

If you're still having trouble making out the demons, remember that demons blend in a manner identically simulated in Chica o Vieja (is it an old maid or a young woman?):

In the animated image, I point out some of the easiest demons to see; however, there are probably up to three or four demons stacked on top of each other that you could also see.

In this still frame, the objects on the other side of the window screen, when in motion, look like a dragon (yes, they exist, fly and shoot fire from their mouths, and they will make an appearance; but, they're very, very slow, and, tactically, only meant to be a distraction, nuisance and terror device):
For your reference, the following still frame was taken from a full-color video made of this scene to show what you would see with your own eyes, and not with a digital camera panning the window with sepia color mode enabled:
The address of the house in which this dragon appeared is 666 South First Street, in San Jose, which was first mentioned in Neighbor's house number is 666—the Mark of the Beast.

Also, the wing of the dragon coalesces with the wing of a flying horse, of which only the head and neck are visible: 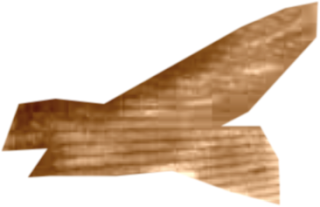 Voices Demons intend to use my faith to cause psychological pain

Apparently, my God and the Voices Demons' god (or gods) are not one and the same, which makes it complicated to use Him (and/or my religious beliefs) against me.

That's easy to believe, considering our respective "works." That, and I don't look like Satan or some kind of monster. (Am I oversimplifying?)

In another portion of one of the audio tracks I've been reviewing tonight, I heard a female voices demon saying to other voices demons (in regards to me), "His God is so difficult to work with." The implications of this statement were clear to me before receiving (by force) verification, but, by way of explanation: they are trying to work one of my most cherished beliefs, sources of comfort, direction in my life, etc., to my disadvantage.

How do you work one's belief in God to someone's disadvantage? Well, however it's done, I know that there must be strongly held beliefs on God, and those beliefs must factor into decision-making and opinion-forming to a large extent—as they do for me on a daily basis—in order for any efforts there to be rewarded.

So, I'll take this latest attack plan as a compliment of sorts.

Either the God of my understanding is difficult to work with because of my own knowledge of Him (or their lack thereof) or He is just too complex for the demon mind to grasp on a practical level. For example, here's a tough question for a demon to answer: How can you wake up everyday and not hurt at least one person, at least once? God-fearing people, however, can go their whole lives without hurting anyone—or at least a week or an hour. It's the difference.)

I have found in my life that many people oversimplify their understanding of God, and, instead of learning or devining or deducing as much as they can about Him, they settle with the fact that God is great and God is love; however, if you read just the book of Psalms as a mature and experienced adult...
By James Alan Bush at 7/17/2012 03:16:00 AM No comments: Links to this post

In another surrepitiously recorded video made at my house, the audio track revealed a female voices demon reminded a male voices demon of their plan to "leave his cellphone on the entire time he is in custody, and turn it off as soon as he gets out."

He, meaning me; custody is obvious. The reason, less so.

Apparently, that's not the only plan they have for me when I "get out." The same female voices demon also announced that she planned to "make [me] per [her] money."

When the same male voices demon asked her how I was going to do that, she replied, "I have ways of making people earn money when I need it." (Or, something like that; imagine something more sinister sounding, but along the same lines.)

Custody is the one thing they think is the most terrifying to people, as well as the most crippling socially, financially and vocationally (which is true, in large part).

Often, while walking down the street, a demon will cast an illusion over a white car that appears to be the emergency lights of a police car. While this demon does that, the voices demons will pretend that you are in trouble, and constantly tell you horror stories about your future.

Although they do this continuously, I only now managed to get one video of this, in which you can, in two separate instances see what I saw with my eyes in the still frames.

In this series of images taken from the video, the camera clearly shows a cop car, even though it is in motion from my swinging arm; however, as the camera closes in on the car, it reverts to the ordinary car that it is:

In these still frames (which are not as clear as the preceding), blue and red transparent squares are superimposed on the hood of the car. You can see these in these still frames, which were made while the video camera was swinging from the end of my arm as I walked: 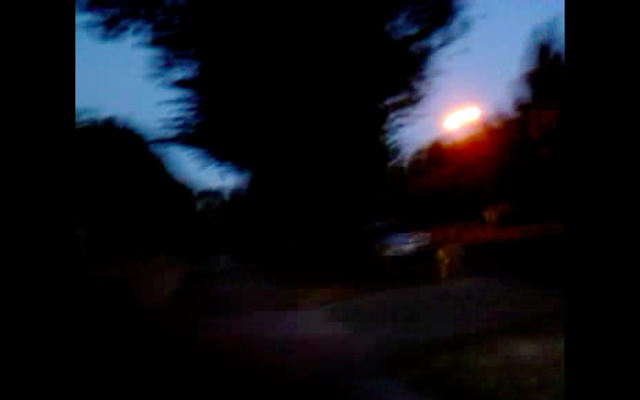 As I walked towards this car, I had to really squint to make out what they wanted me to see; and, like all demon cloaks, they tend to fade the closer you get (it's like a fog; you can only see its border if you're far away from it). By the time I had reached a distance close enough to barely be able to read the license plate, the non-law enforcement vehicle lost its illusion.


COMING UP | A collection of posts from this site related to incarceration threats, references, etc., by the Voices Demons, which occur continually, and have occurred continually for six years.

A cursory review of a surreptitiously acquired audio track of a recently made at my current home of the voices demons discussing theory plan clarified the nature of their prophetic abilities.
As it turns out, they consult oracles, other demons you hear, but that tend to only talk to other demons about the future it sees.
In the audio track, a female voices demon asked an oracle demon if there looked to be any possibility that they would be able to recruit children for the purposes of bringing "pedophile charges" in the future.
In short, the oracle demon said that "there might be a mother of a little girl who will want to speak of her adventures with James B."
I'll take that as a "no."
In an earlier recorded conversation, a male voices demon said that these types of charges could not be brought.
So, the female voices demon was looking to salvage their operation.
"If we can't get rid of him one way,I guess we'll do it another," she said.
On a related note, the female Voices Demon said that their "pedophile people" were not happy with the way the Voices Demons had placed so much emphasis on a non-existent issue.
By James Alan Bush at 7/17/2012 01:50:00 AM No comments: Links to this post