FILTER GALLERY | Portal in the sky (and more...)

This post contains various images produced by the Chroma Photo Editing Extension, and will be updated with new images as the software continues to be developed and new filters are tested. It is similar to the other gallery posts to this blog, specifically, GALLERY | Demon doorknob (and more...).

Although there's plenty of it, some images may not show demonic activity. These images are provided to be status indicators of the ongoing research and development of imaging filters useful for discovering and uncovering such activity.

Refined surface analysis imaging filters
Granular detail-enhancing imaging filters like those used by medical professionals for surface analysis purposes are required to detect cloaked (semi-transparent) objects and entities in media produced by CCD sensors, hence the development of such filters for the Chroma Photo Editing Extension. Here are some of the most recent results produced during testing, specifically, a close-up images of my leg, both the original and the processed version of the original:
Here are a couple of results produced from testing of different settings and other filters, this time using images of my arm:
After modifying the filters, the quality improved quite a bit, allowing for simultaneous rendering of fingerprints, hair and skin, and clothing texture—all within the same frame: 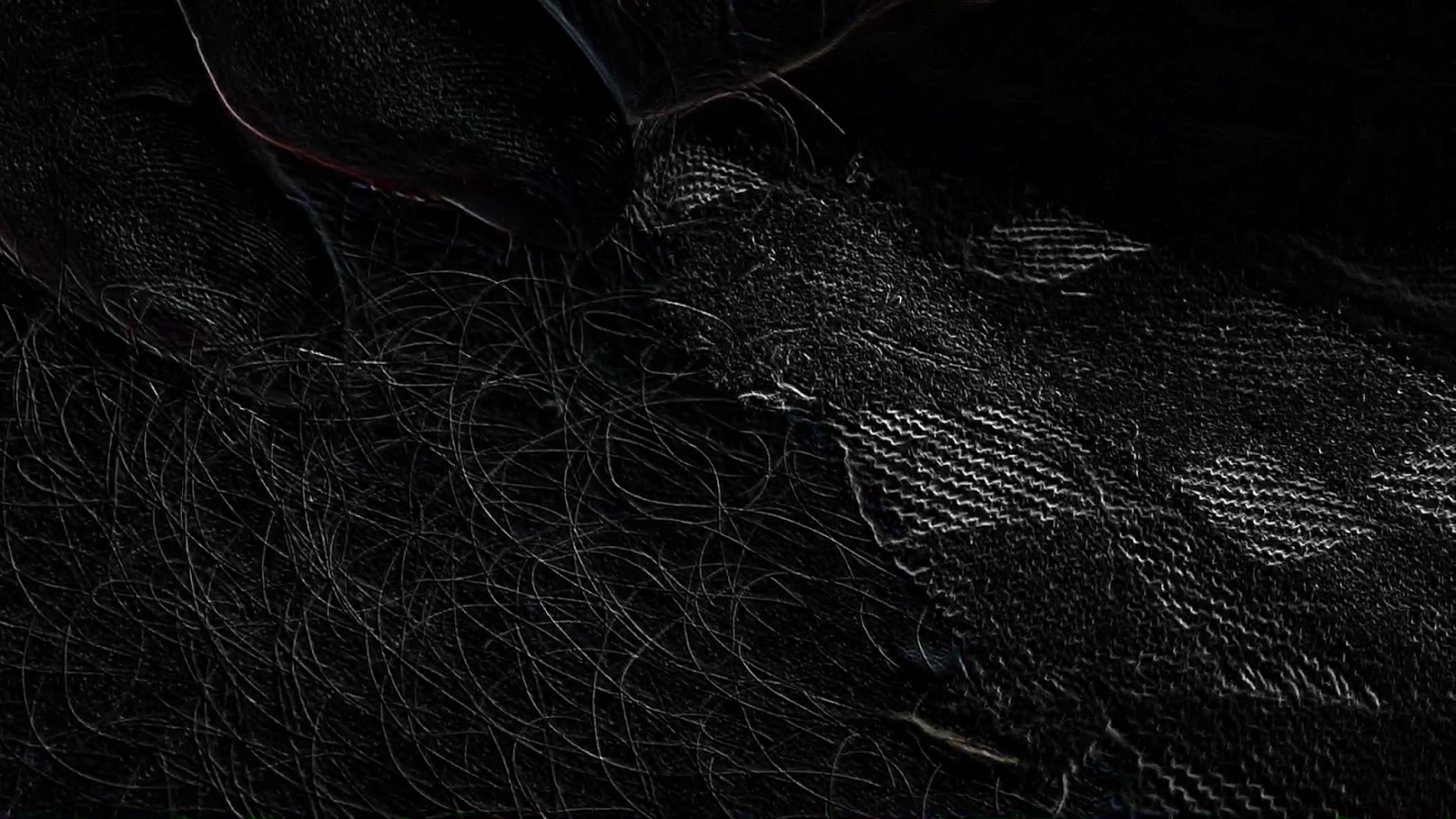 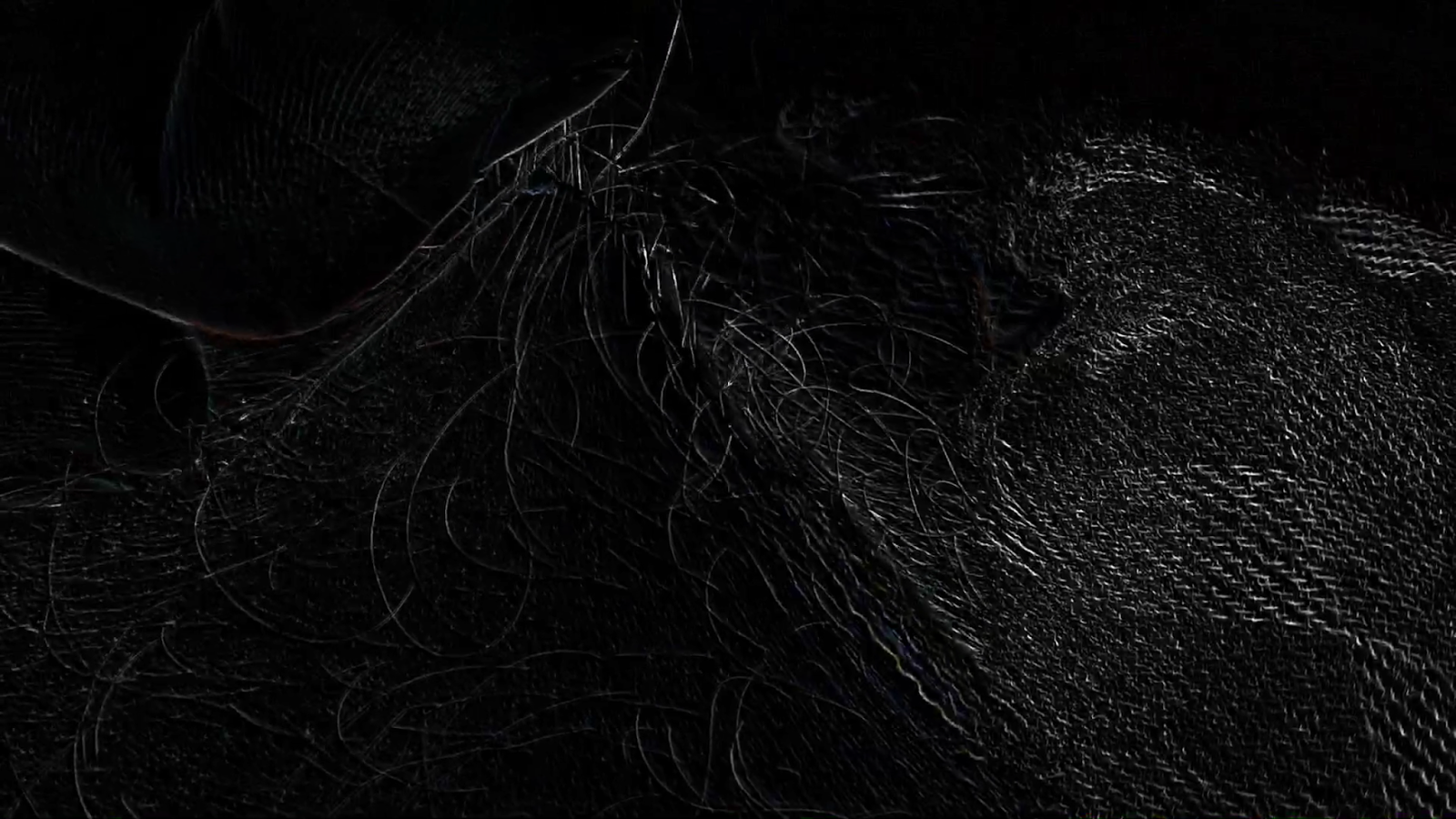 In the original still frame, the portal is obfuscated by the glare of a streetlamp overhead; however, when processed by the Prewitt Kernel, an imaging filter included in the Chroma Photo Editing Extension, not only is the portal revealed, but also its funnel. Applying the same filter to a still frame showing glare from a mirror also revealed a portal:
The relationship between light glare and portals is not yet clear, even while other elements that determine the likelihood of portal openings at a given location are known [see PICS | Demons grow bolder, prolong appearances].

Cause of Scratchen's deafness discovered
Using my Chroma Photo Editing Extension for iPhone, I found out how demons deafened Scratchen—not just that they did, as described well over a year ago in Voices Demons claim total responsibility for deafening Scratchen:

A photo of Scratchen's ear was processed by one of the two dozen surface analysis imaging filters in the extension, and then was enhanced using the recently added morphological operator functionality; insodoing, it revealed the cause: a sucker-demon variety entity, lodged in her ear. It's not clear what the brown, half-globular protrusion is just inside, but it may be a part of the entity itself. I recognize the trail of thinning hair and mottled skin as the result of long-term exposure to the tail (I have identical marks from same), which always leads to an implanted sucker demon or similar variety, like the one inside her ear, and the one captured on video, inadvertently, several months ago in Torture by Sucker Demon:

Keep in mind that, although the spiked-back sucker-demon variety entity shown above, as well the similar entity embedded in Scratchen's ear, appear quite visible in these images, generally, they are cloaked, which is to say, invisible and somewhat permeable. In other words, most of the time, their bodies render a tell-tale shimmer of air in their general vicinity, and are felt on the fingers as a soft, rubbery cotton ball.

Sidenote: Who on earth would handle these, let alone deposit them on helpless animals and people, you ask? Sad to say, people, albeit with demonic help and say-so. Who, specifically, you ask? Although the exact number of persons who smuggle foreign entities into the United States and deploy these entities as weapons against its citizens is not known, they can now be easily detected via the Chroma Photo Editing Extension for iPhone. A facial recognition feature will soon be added to it that will create a database of persons having launched such entities as weapons within the purview of the camera of any one of the over 220 million persons inhabiting the Home of the Brave. This database will be made available to all users of the extension, who can use it to identify potentially dangerous situations involving demonically-allied persons.

Refining edge gradients
What in the hell is that crawling up your arm? What the hell did you just throw at me?

These days, the answer to the two main questions you should alway ask when applicable is: a demonic entity, and a demonic weapon, respectively.

Edge detection is key to refining images made of surfaces or cloaked matter so that no details are missed—no matter how small or how "invisible," and this is why edge detection that is the specialty of the Chroma Photo Editing Extension. In fact, this is what gives the software its unique and superior position over any other image processing software widely available to iPhone users.

Testing of new or experimental features related to edge detection usually involves processing of close-up images of an arm or leg during periods of high demonic activity; following are images of such testing:

Why of a pic of my arm for testing, you ask? It is a fact that your arm is the most visible and accessible pointer to evidence of demonic activity in your life and the world around you, and surface analysis capabilities in image-processing software is essential to discovering it.
By James Alan Bush at 6/30/2015 03:12:00 AM No comments: Links to this post