There are many symbols ascribed to the demonic by humans, but none confirmed as authentic by demons until today. The following still frame was taken from a video made during a period of high activity using the high-duration exposure technique:

I immediately recognized a match between it and a symbol sent to me several months ago by a demon person with membership to a Facebook group that focuses on the paranormal: 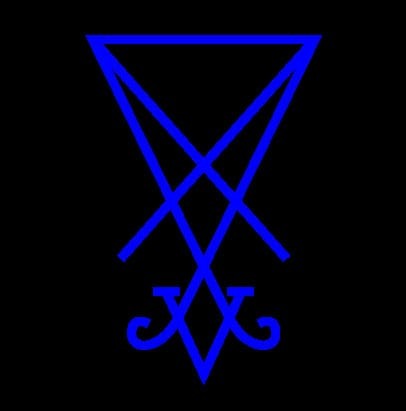 This is the first piece of solid evidence in my collection presented on this blog that confirms human-demon collaboration, not just knowledge. An insignia would not be given a human by a demon absent a partnership beween the two parties.

The still frame shows a conglomerate of demons, each stacked one on top of the other. This is called a totem, which is done for at least two reasons:

In other words, these demons aren't just here to look around; they are here to leave a mark of some kind; and, given the use of an insignia, and considering the egregious circumstances under which this insignia was given me, I'd say that mark is not intended to be a good one.

Following is a video also made during a period of high demonic activity, showing many matches between the insignia and the demons (or what-have-you); most are near perfect:
By James Alan Bush at 5/31/2018 02:01:00 PM No comments: