Voices Demons claim responsibility. Apparently, they didn't want me to buy those new shoes that I need, now that I have to walk everywhere, ever since they "claimed responsibility" for having my car stolen, wrecked, and then repossessed, which, by the way, was due to excessive storage fees—not late car payments. (I couldn't afford to get the car out, so I let GMC repossess it.) 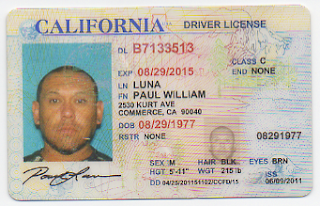 VIDEO/AUDIO | A demon's enraged whisper in the night

On my walk home last night, I recorded what sounded like an enraged whisper of a demon:
I was using my cellphone video camera (trying) to record the hundreds of blended and camouflaged demons that littered the landscape during this latest period of high demonic activity. Poor equipment or device tampering of some kind almost always precludes my use of the many images I usually acquire of a wide array of demons, which dot bushes, line trees, merge with mailboxes and light posts, etc.. Fortunately, my losses did not include the audio track of this video, and I am at least able to provide an accurate example of what at least this demon sounds like for those who have never heard one before.

Variety of demon unknown
Although I can't see it, that doesn't mean it's a Voices Demon; besides, that designation describes their role and specialty and sole daily activity (i.e., talking), and not their physical characteristics as the names of other demons most often do. Voices Demons have a sort of signature style of speech, where most words are spoken in rhythm, and, besides constant inflection with over-the-top emoting, they speak normally. Not one of them laughs or whispers (except for the one Voices Demon that only whispers, i.e., "Sweet Pea"); but, they do yell. Also, the sound from a Voices Demon's voice comes from only one direction, just like it does when people speak, and their voice does not echo or get louder in enclosed space. The voice from the demon heard in the above video sounds comes from all around, and reverberates much more than you'd expect from a person or a Voices Demon.

"Let her feel my talk."
I expect anger and aggression from about half the demons I encounter, particularly, non-centurion demons, which, by the way, are always to the point, but are not aggressive or violent unless their dictates are not followed (but they always have dictates).


NOTE | Most other demons come across as less well-bred, educated, and emotionally stable and secure than centurion demons do; in demons, that often means a greater tendency towards bad manners and flash tempers, which can lead to violence.

Based on the fact that this probably wasn't a centurion demon (they don't hide in bushes and behind trees), and based on the sound of its voice, I'm assumed it belonged to that half. Then, after adding what it said, I was sure it did.

From the audio tracks from the multitude of videos I made today and yesterday, cryptic tidbits of the Voices Demons talking to each other (and sometimes me). I do not know what specifically they are trekking about, but I know enough to know they are talking about me:

More sucker demon clips, showing them flitting to and fro around a lamp.

Placing a tube with a small hole at the end of a camera may reveal cloaked demons.

This suggests that bending light may play a role in their ability to become virtually invisible.