This post is the first in a series of posts that document progress in the continuing development of my tone barrier app.

Night terrors and drama dreams are not just demon-made products of the mind; there are physical elements to their handiwork, too—big ones, in fact. So big (I think), that your heart rate and variability not only change during periods of high ambient demonic activity, but change in specific (i.e., detectable) ways that they during other times would not. It's something about the process and experience that creates a unique, physical response that distinguishes itself in subtle yet discernible ways (in theory). 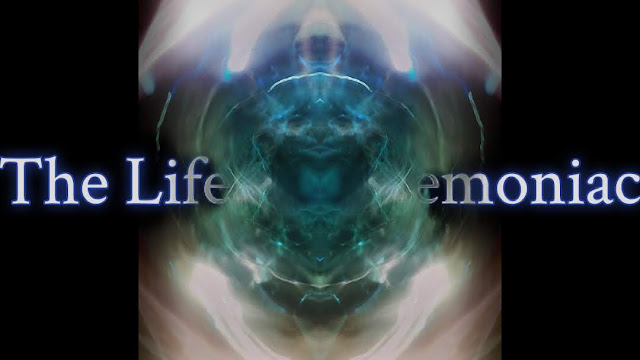 If that's true, I have no doubt the physical response that uniquely distinguishes the process and experience can be detected while monitoring the heart during sleep; and, if that's true, then the tone barrier, which stops night terrors, would only have to play during an attempt to induce a nightmare—not all night, as it does now.


NOTE | I don't want people bitching about how annoying it is to listen to beeps while trying to fall asleep. So, this is something I intend to be very serious about. Also, it will serve as a  proof of concept that cloaked demonic entities can be detected with common, household electronics—just as my first app on the App Store claims it does by measuring the EMF interference to the iPhone camera sensor, which is caused by UV and gamma emissions from the demon cloak. The response to demon incursion into human lives has been muted; it is my hope that an easy, accessible and affordable way of defeating the primary means by which demons skulk about undetected and untouchable—their cloaked state—would encourage a policy of defensive parity, at a minimum (versus of one characterized by acquiescence or defeat).

To find whether there is a unique, physical response to demon incursion into the subconscious, I will collect and analyze my own heart rate data as a victim who suffers from this type of activity. This I can readily do, which you can imagine by my recent success in porting a sample app from Apple that monitors your pulse via Apple Watch from Swift to my language of choice, Objective-C. The following video shows my heart rate on my watch, right after I finished the port:

This looks like an insignificant achievement, I know; but, learn about what kind of data I now have access to and what I can do with it on Apple Developer Connection and, then, take a look at the source posted to Github, and you will see no small amount of complication to it. That's not just my opinion, either. It was every bit as big of a job as it looks. If you can find another project posted to Github that actually does just the little bit shown in the video, I would be surprised. I didn't port the app from a language I don't know to one I couldn't get to work on my own for the fun of it. That is what it took to get what I needed—resources and working implementations are non-existent. 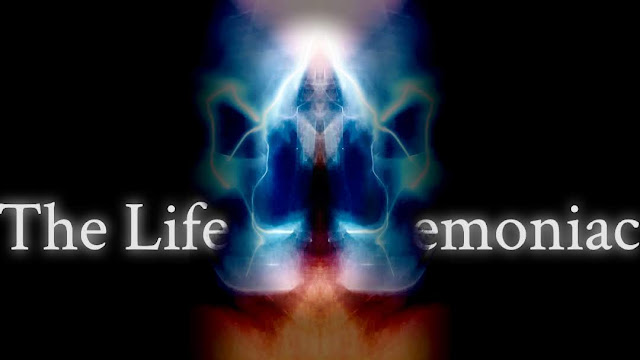 The rest of the job should be less arduous(!), though. Remaining on the list of things to do:
Communication between iPhone and Apple Watch is my forte; I used the WatchKitConnectivity Framework to write an app for my watch, which allows me to control the tone barrier app on my iPhone [download the source from Github]. So, the first item is a no-brainer.

Data collection means being a victim again, on purpose
I called myself a victim earlier in this post; but, really, I'm not anymore. Since creating my tone barrier app, I have yet to suffer a single incident of night terrors. Not one.

Demons still try, though, every single time I fall asleep. That is, at a bare minimum, about 182 attempts to make me actually believe, for example, that a killer tornado was about to demolish the ramshackle house I holed up in when I saw it coming. At a minimum. I take naps (so, add another 182 attempts, at least). It only takes about three minutes for demons to stage the scene, create the actors and then coordinate the two to produce the terror scene. 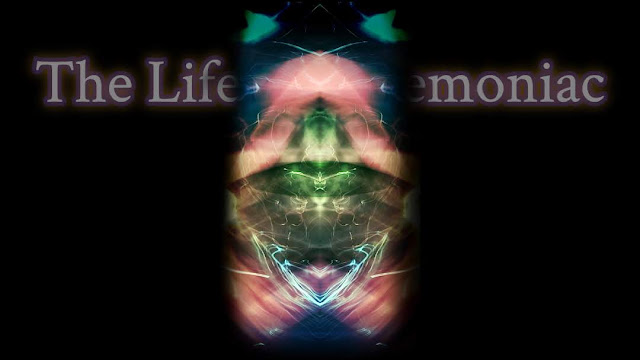 In spite of a litany of defeats, demons have not given up, trying at various times this and that to work around it. They fail every time, as I advised them they would. They seem to think that there is a weakness to the app that can be exploited; however, even though the tone barrier score can and will be improved (it could stand to be easier to listen to while you're trying to fall asleep), the "weakness" is in the human mind. The app is sufficient for the purposes of distraction; there are no added benefits once you reach a certain threshold. Their bottleneck is the human mind; it cannot give priority listening attention to the "song" demons sing to create the mental connection and the night terror itself and to a series of tones designed to trigger instinctual listening during sleep at the same time.

The stage and the actors can be set up even with the tone barrier playing, but not one bit more than those two things; that's because the connection between your mind and the demon mind must be completely undistracted and very intense and focused to create the night terror. Even the slightest distraction rolls the three-minute timer back to 00:00:00.

NOTE |  Higher frequency tones can actually be heard while dreaming. When I hear it, I immediately realize that my body is not in the environment of my dream, but in bed, next to my screeching iPhone. That's been fun when I have had face-to-face confrontations with demons who are not made up characters in the dreams, but as real as I am in it. I haven't seen that tornado again ever since I laughed in its 80-story face, which I had the presence of mind to do thanks to frequenters approaching 2000 Hz.

Like everything demons do, their attempts were quite novel. They have altered their song, giving it a catchy rhythmic cadence that makes it preferred listening over the rather disjointed and disharmonic tone barrier score. They even employed live actors—that's right, real people, who have joined in on the dream. They are given direction (presumably, by spoken word, and not mind-melding song) on how to interact with me. Most of the time, the tone barrier will break the connection between the demons singing to me and the demons speaking to the actors. This has resulted in a night of passion with one of the actions, which demons could do nothing to stop, being unable to know what I was doing (because the tone barrier was preventing them from a connection with me—apparently, the dream space is created by one demon, while another observes and directs. So, if the one that observes and directs gets disconnected, he can't tell the one creating the space to stop creating it nor can he tell a certain actor I have come to know to stop doing that thing that makes me feel so alive every time it's done like it was my first time or something.). 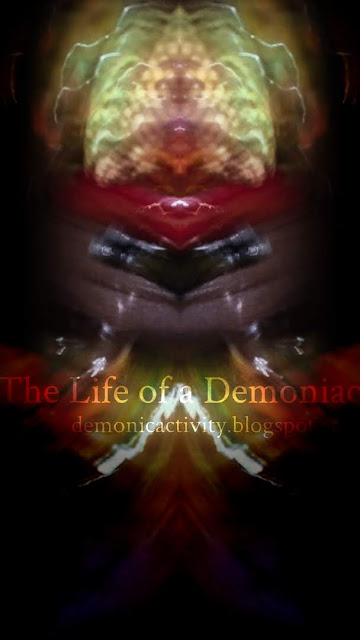 Unfortunately for demons, the tone barrier not only prevents night terrors, but also makes you lucid to their attempt to create them. I was able to observe some of their attempts to workaround the barrier by modifying their song and its delivery. Yes, I actually heard them trying to direct my emotions, focus and thinking via their trademark melodic chant right in my ear. I am convinced that is a human first.

NOTE | What I learned from hearing their song with my conscious mind established as fact that demons have to prepare a victim for susceptibility to their song decades in advance before they can direct their mind with it. That means that, even if night terrors have only been a problem for you one, single time, you have for sure been a victim of clandestine demonic activity since the day you became a proficient speaker of your native language. That's age 5, at the latest.

You can't improve on a 100% perfect solution; but, you can add value on top of it. When coupled with what I have learned from the tone barrier scores and deployment configurations that actually prevented all types of ambient demonic activity (drama dreams, etc.) before demons worked around them, I believe my observations will enable me to create a tone barrier score that will prevent all forms of ambient demonic activity as successfully as it prevents night terrors. That means keeping them out of your head altogether—not just when they intend to induce trauma, as it now only does for certain.

Future plans
Because the tone barrier works the very first time you try it, it would only take a night to make a lifetime believer out of a victim of night terrors. Convincing those without the problem (that is, those who do not perceive they have it yet) in order to potentially reveal it would be harder. A demon's nightly work is usually capped by incognation.

The idea has a gimmick-factor of about 101, so even the desperate would find it quite a stretch to believe that turning their iPhone into an obnoxious bed partner would be helpful to a problem as big as the one they have. In fact, it would come across as downright stupid to even suggest it.

Imagine having a solution to a world-wide problem that is sure-fire, but sounds about as ridiculous
as anyone can imagine. That on top of a demon problem. Ugh.
By James Alan Bush at 1/04/2020 07:14:00 PM No comments: Links to this post