#435 - The most comprehensive collection of demon-possession videos in existence

This post contains the most convincing, complete and comprehensive collection of demon-possession media in circulation today, showing both the demonic possession of me and other people, and, lamentably, even my cat, Scratchen.


NOTE | Be sure to follow the links in this post; otherwise, it will not make much sense.

With a new image enhancement technique applied to old video footage of demon-possessed persons [see Highlighting demons possessing a human as shown on video], and, in particular, videos of the faces of demons superimposed over my own, the growth of media in my collection showing humans possessed by demons will soon outpace that of media showing demons outside of people, even with the image enhancement technique specifically designed for that scenario described in Enhancing photos of demons (and the like) [see also Unedited screen recordings show procedure for enhancing blue-light demon photo].
Media showing demons possessing me
While there is tons of footage to process, some dating back nearly one year, already there are seven posts that show—fairly clearly—demons possessing me. 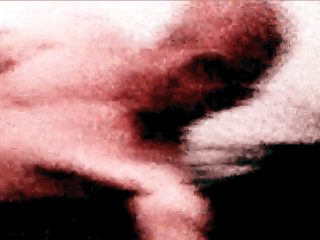 
NOTE | For a scientific explanation of why you can (sort of) see a demon in the dark, even when you can't see the person they possess, read The ethereal glow and semi-transparency of cloaked demons explained.

To show what a demon-possessed person looks like when the demon isn't visible, I posted an image and video of me, which shows the typical, hazy shimmer that halos the head of a person so afflicted in Sucker demons connect demons to humans for 'possession'. 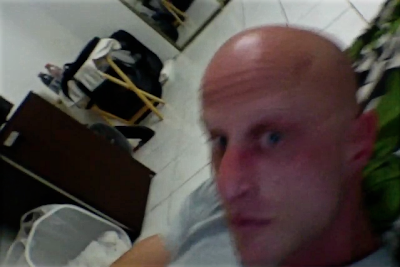 As a result of possession, I have sometimes exhibited supernatural qualities, as is shown in six videos in my collection [see Six videos show my face and body morphing, undergoing supernatural changes]. 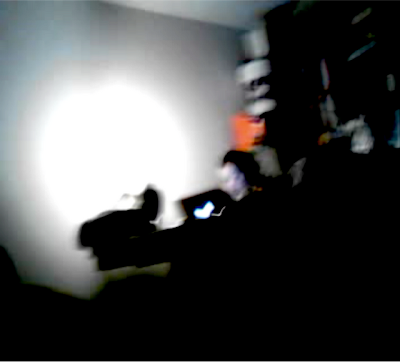 There is a lesser quality image of a young man who could alter the flow of time around him, as well as teleport [see Phone call of a demon-possessed man], as well as one of another man who, on our date, couldn't decide which of his six faces to present, instead switching between them all night long [see The many faces of the demon-possessed].

The last video I'll mention here shows that men aren't the only target of demon possession, as the mask of a hobgoblin demon is shown superimposed over a woman's face in another video [see Video in motion reveals woman's hobgoblin demon underpinnings].

Finally, although these series of videos don't show the actual demon possessing the person, you can see the maladies caused by prolonged possession on a human, as shown by the naked man writhing on my apartment floor in Naked, demon-possessed man writhing on floor helps animate, transport demons. 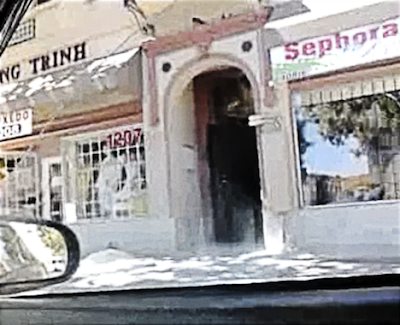 ...and demons possessing animals
I have only one video of a demon possessing an animal, namely, Scratchen, my cat [see Scratchen's Ear Turns Into Demonic Snake; see also Scratchen, Possessed]. In the past, this depraved and desperate act occured whenever the demons I'm fighting got nailed by something I did; now, it has mostly been replaced by threats against Scratchen's life, as demons were recently overheard making in Voices Demons' weigh options to deprive me of freedom [see also Demons re-create Scratchen's "eye" with power strip and Scratchen's life threatened again by repeat of eye illusions].

Even now, a demon guards the entrance to where Scratchen is living right now [see Spectre of Death Guards Entrance to Scratchen's Apartment].

There is a post in which I describe the sensation of being possessed by a demon initially, which includes two pictures of demons running up on me from behind [see What it feels like when a demon possesses you].
By James Alan Bush at 10/18/2012 10:26:00 PM