If, by and through my evangelical letter-writing to prison inmates [see prison letters], it appeared to anyone that I intended to claim round-the-clock righteousness, let me clarify my intentions by saying that I'm human, fragile and weak in regards to matters higher than I. That fact, which is easy to see if you read my other posts to this blog, should have prevented any such misconception; but, if it didn't, let me kill it now by saying that, just as any human being in dire straits—whether a prisoner or a demoniac—I need support.

I believe you have to give to get, and that's the reason for writing these letters (and, in particular, this latest one); I'm offering support in exchange for same, and am committing to being that support in the hopes that making such a commitment will oblige me to stay on the straight-and-narrow. The reason for publishing these letters is to emphasize to any believers who should read them that they are always under obligation to support others in their walk of faith. Together, they are meant to make an important point: you are entitled to support when you need it; so, ask for it, and then expect it.


“Over the years I’ve lost touch with my faith and I’m starting to question my beliefs. I want to get back to my spiritual foundation while furthering my education of the Lord."

Following is my first letter to him (scribd.com rendered some weird formatting errors in the letter, below; I'm aware of it, and will get to them when I can): 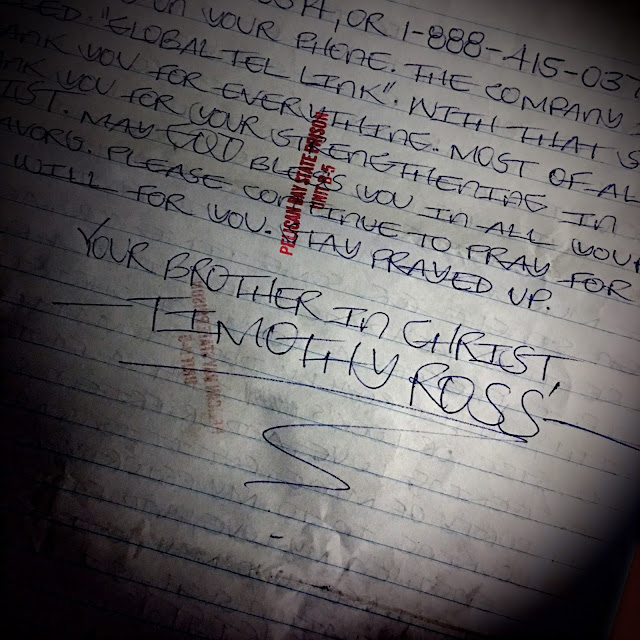