Whether the wrath of the storm-tossed sea
Or demons or men or whatever it be,
No waters can swallow the ship where lies
The Master of ocean and earth and skies.

This year, the Life of a Demoniac blog was read by over half of the African continent, and yet not even half its people have Internet access; but, out of what is clearly an abundant and keen display of interest (one of its cities made the top ten list of sources of traffic), only one e-mail has sprung out of it.

It's a good one, though, in that it gives me the opportunity to show the clandestine means employed by demons when entering human space, and to highlight their dependencies when doing so. It's all-important to know these things—that is, to know where demons are, how they get there, and, of course, what they are doing. The connection between you and the world you can see and demons and the world you can't see must be clear in your mind before you can do something about anything you don't like.

Nobody likes that kind of trouble added to their lives unsolicited; but, you have it. So, deal...or die.

Having said that, here's an email from a South African woman (see map, below) who periodically hears footsteps of a demon on her ceiling, and wants an explanation: 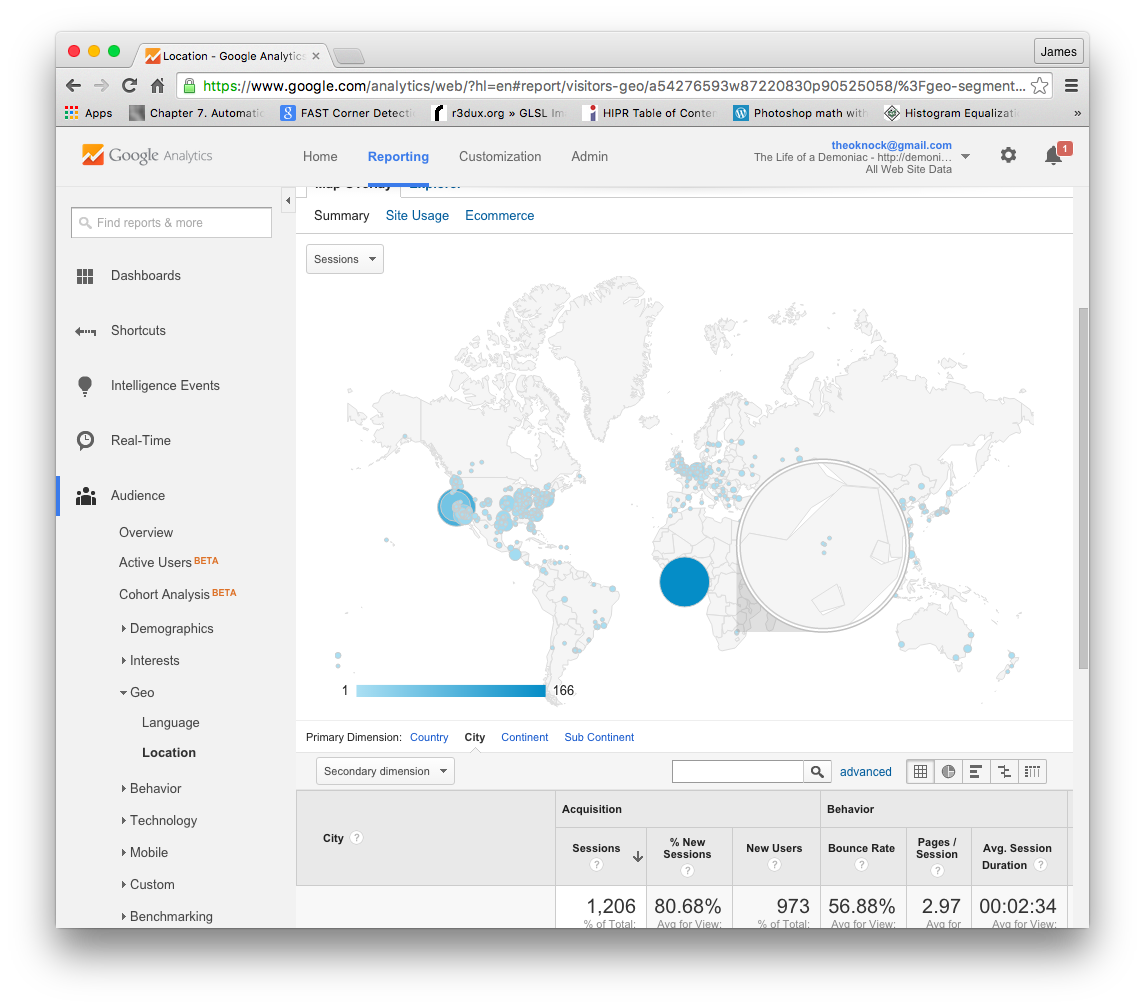 It is followed by just that, which is the only correct and sufficient answer available on Earth:

I found your channel on YouTube and was fascinated by the things you have gotten on camera. I have been filming or trying to get proof since December 2014. I have alot of clips with orbs, passing shadows, etc.

This one I managed to get sound of the demons that "run" on my ceiling—no one ever believes me.


Even if they did believe you, they couldn't help you; so, I'd give up on that. Moreover, it's never a good sign—that is a sign of demonic presence in your home—but noise is not the worst thing to live with.

The running, if always in the same place, same pace and same volume, is one of two things: a demon in transit between two points in space not inside your home, or a demon pulling another demon from their space.

Momentum is needed for both transitions, as gravity is nil where they go and come from. Some demons use a little stretch of human space for traction; without sufficient momentum for going into another point in their own space, they wouldn't make it to that point.

If he's pulling other demons through, that means they are latching on to him as he moves. I've never seen anyone but humans do this for demons, but I'm open to both being able to do so.

By the way, for more about the relationship between demons and their need to connect with humans or other demons to enter and exit our space:

And, to see gravity and its relationship to demonic transit at work during such a transit, view the video at:

To read more about your demon's preference for the ceiling (versus the floor):

SCIENCE | Hobgoblin demons defy gravity to conceal themselves among humans

To see a human helping a demon go from his space to ours, watch the video at:

As far as orbs go, they are either demons or weapons, depending on what they look like and how they behave; use the videos and descriptions in these posts to help make the proper determination:

PROOF | Other people have evidence of cloaked demons, orbs